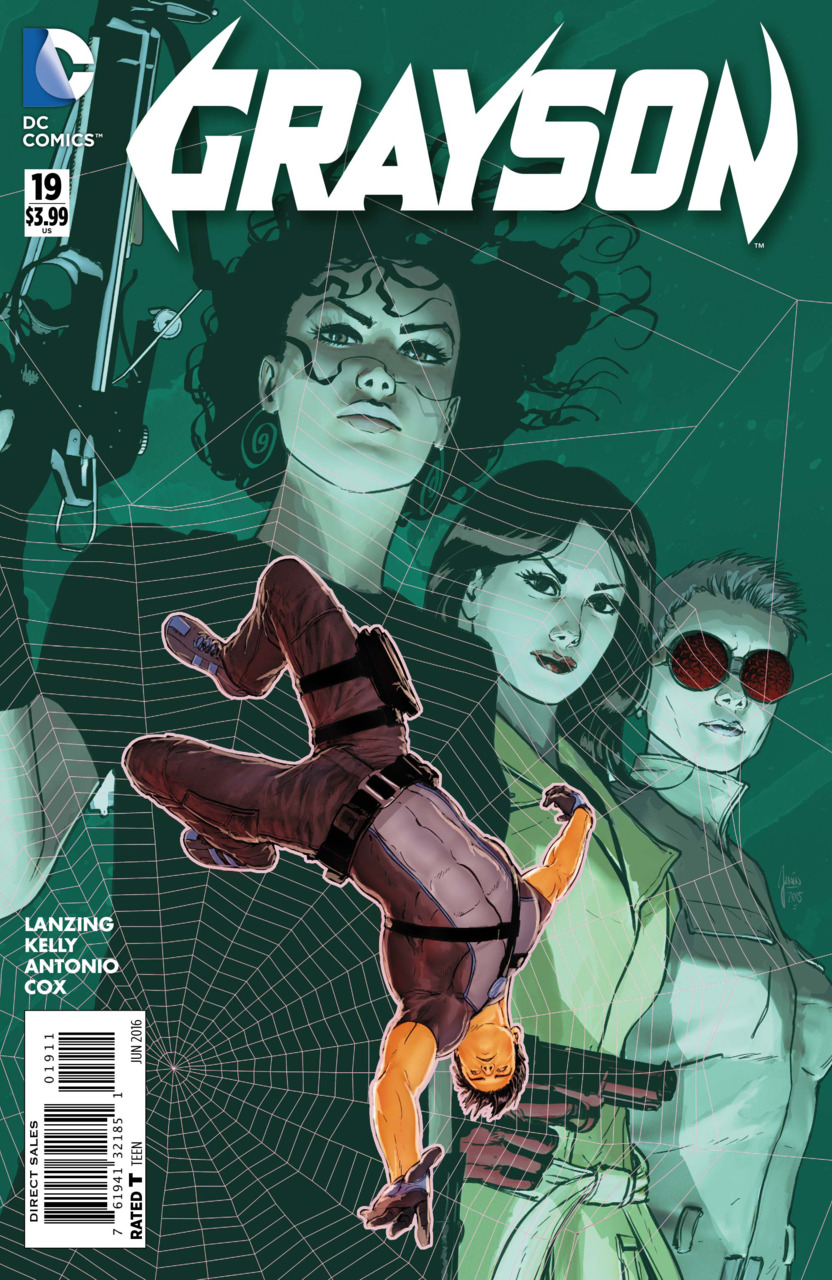 Breakdown: Jackson Lanzing and Collin Kelly have done a great job picking up where King and Seeley left off. It’s surprised me how they’ve been able to maintain the characterization and voices of the characters, while making the series theirs. There was some corny moments in this story, but I felt like they handled it well by making it self-aware, and having fun in the moment.

Roge Antonio was solo on art duties this time, and the series was better for it. His art isn’t my favorite, but he’s a good storyteller, and it was enjoyable to read through. Jeromy Cox’s colors are just as bright and vibrant as they have been throughout the entire series. He’s kinda the anchor of this series, maintaining the consistency that the recent change needed. Carlos M. Mangual’s letters were solid. Well placed, and well paced… Since there wasn’t much he could do to play with the lettering, there’s not much else to say.

Recommendation: I’ve loved this series since issue one. And although the whole series has changed hands, I feel like these guys have done a solid job closing out the title. If you’ve been reading Grayson up to this point, keep it going. It’s still good.

Synopsis: We pick up right where we left off last issue, with Otto Netz (in Helena’s body) telling his daughters that one of them is welcome to join him… ONE. So Luka shoots her sister.

Dick is panicking, looking for Helena, but Tiger tells him that she is gone… That Dr. Netz is now in her body. Midnighter sees Maxwell Lord arrive in a ship in the shape of a chess piece, and connects the dots that Tiger is a CHECKMATE agent. He realizes that he is just a plot device in this book, and that for this comic to be interesting he needs to leave, so he does… I thought this was a pretty funny moment, almost breaking the fourth wall.

Tiger straps on a jet-pack and takes off, as Dick gives chase (James Bond style) in one of Spyral’s helicopters. He shoots some missiles at Tiger, who ejects, and Dick destroys his jet-pack. Dick swoops down, so that Tiger lands on the top of the copter while shooting out the blades. (Side note: the blades are on the sides of the copter, not the top, which is why Tiger didn’t just die.) Dick also gets on the roof, and they go at it. Tiger gets the upper hand, and throws Dick off the copter – which would seem like a loss, if the copter wasn’t going down. Dick brought a parachute, and uses it.

Luka and her “dad”/Helena (man that’s confusing) are talking things over on a train. Luka realizes that her father was manipulating both her and her sister. Luka turns on her father, about to kill him/her for total control of the Web. Ottena – I’ll call him/her Ottena for now on – shocks Luka, and throws her off the train while she heads toward a castle.

Dick chases Tiger through Germany to Belgium, all the while he continues to use resources only a member of the Bat-family would have.

Maxwell Lord walks in, ready to steal all the files on the secret identities of the heroes, revealing that he made Mr. Minos, and was collecting intel on Spyral through him without being detected. Frau Netz doesn’t like being talked down to by a guy named Maxwell, and deletes the files just before she collapses onto the floor.

Meanwhile, Dick is making his way up a mountain on a snowmobile, when Tiger comes up from behind – also on a snowmobile. He socks Dick in the mouth, and they go at it again. Dick knocks him into a ravine, pulls out his gun, and shoots into the air, causing an avalanche that DOESN’T kill Tiger. Dick makes his way up to the castle, and finds a staircase that spirals downward. He works his way down there to find Ottena, who announces that next issue is the ending of the series.

Closing Thoughts:  With everything that I’ve read, it looks as though this same Helena Bertinelli will be carrying over into the new Birds of Prey… I’m wondering how we are going to get to that point with only one issue left. I also wonder how tightly things are going to be wrapping up. Will CHECKMATE be getting it’s own book later? Will Tiger be showing back up in Nightwing? I hope the answer to both those questions will be YES.