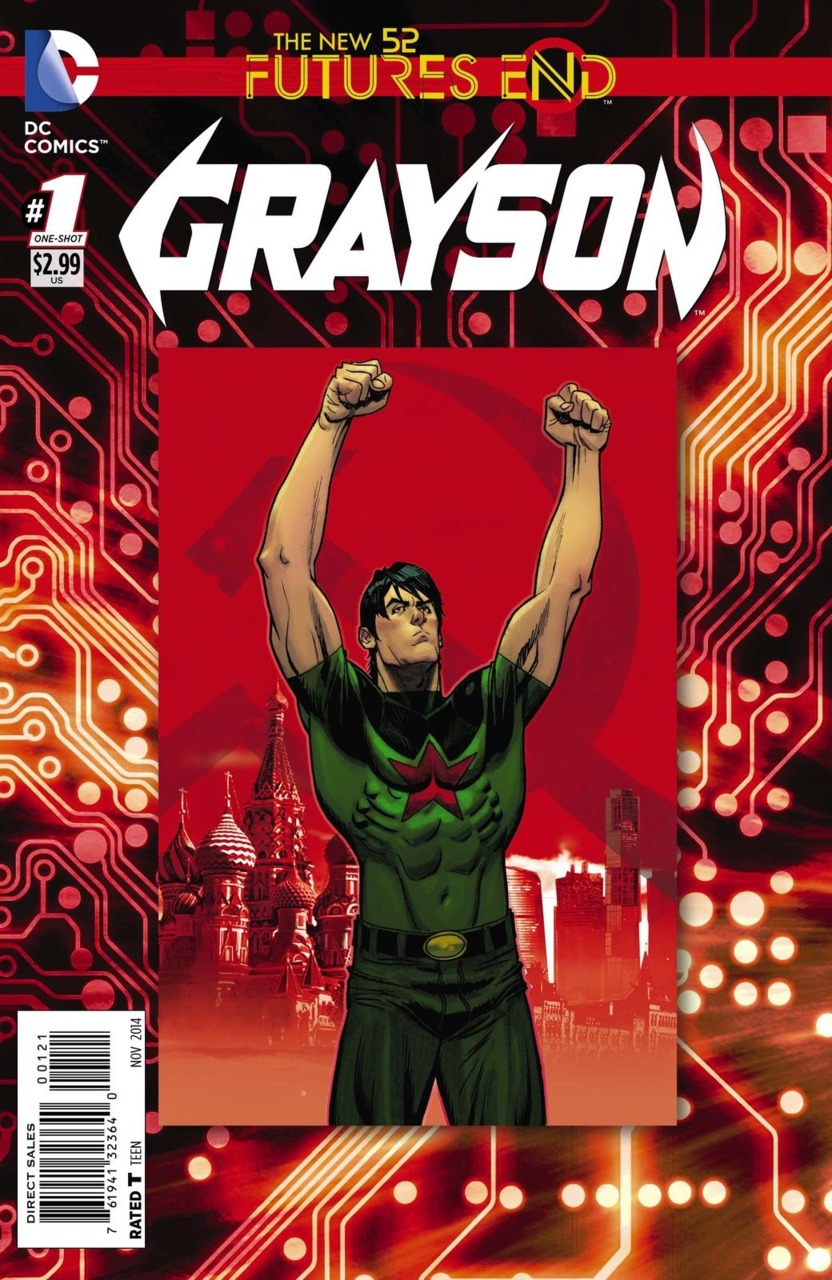 I’m gonna be honest. I really didn’t like this issue. And I’m not saying that because I’m against Dick being a spy, or using guns, or even killing people, because I’m not. I’ve really enjoyed the series so far. But this issue had many problems just with the story.

Tom King takes top credit in the writing department, and he starts off with the ending of the story. From there, Every. Single. Page, shows what happened earlier. It was kinda annoying and very confusing. I had trouble following plot points as I’m trying to remember what came before, even though I didn’t know what I was looking for. King does well with symmetry in this story, but doesn’t do well with the pacing. The story starts off five years in the future, and ends five years in the past, making one issue take place over a total of ten years. I wondered if it would have been better reading in reverse, but it doesn’t hold up the same. I feel like the whole point of the reverse story telling was to make the story more interesting by making you go, ‘whaaaat?’ every time you turn the page.

The art in this issue is done by Stephen Mooney, who does a serviceable job, but it’s not my favorite. It’s not the most consistent, as their faces change a little bit from page to page.

I’m gonna start from the end, and go to the beginning to avoid confusion. We see the Flying Grayson’s as they make their last jump. We see the rope gradually starting to melt away. Next, Dick is in the Batcave, as Batman explains that he is going after Tony Zucco. Later, Dick gets his first costume, and after that, Dick solves a code from Cluemaster. Later, Barbara is telling Dick that he needs a girl with the personality of Batman, not her. Once he joins Spyral, Helena takes him to get a Spyral tattoo. The two develop a relationship, and we see Spyral join with the Soviet Union, who is being lead by KGBeast. Dick does a heroic thing to save some people, where he receives a medal for his bravery. Who is given to him by KGBeast. Dick takes this opportunity to kill him, and is hung for his treason.