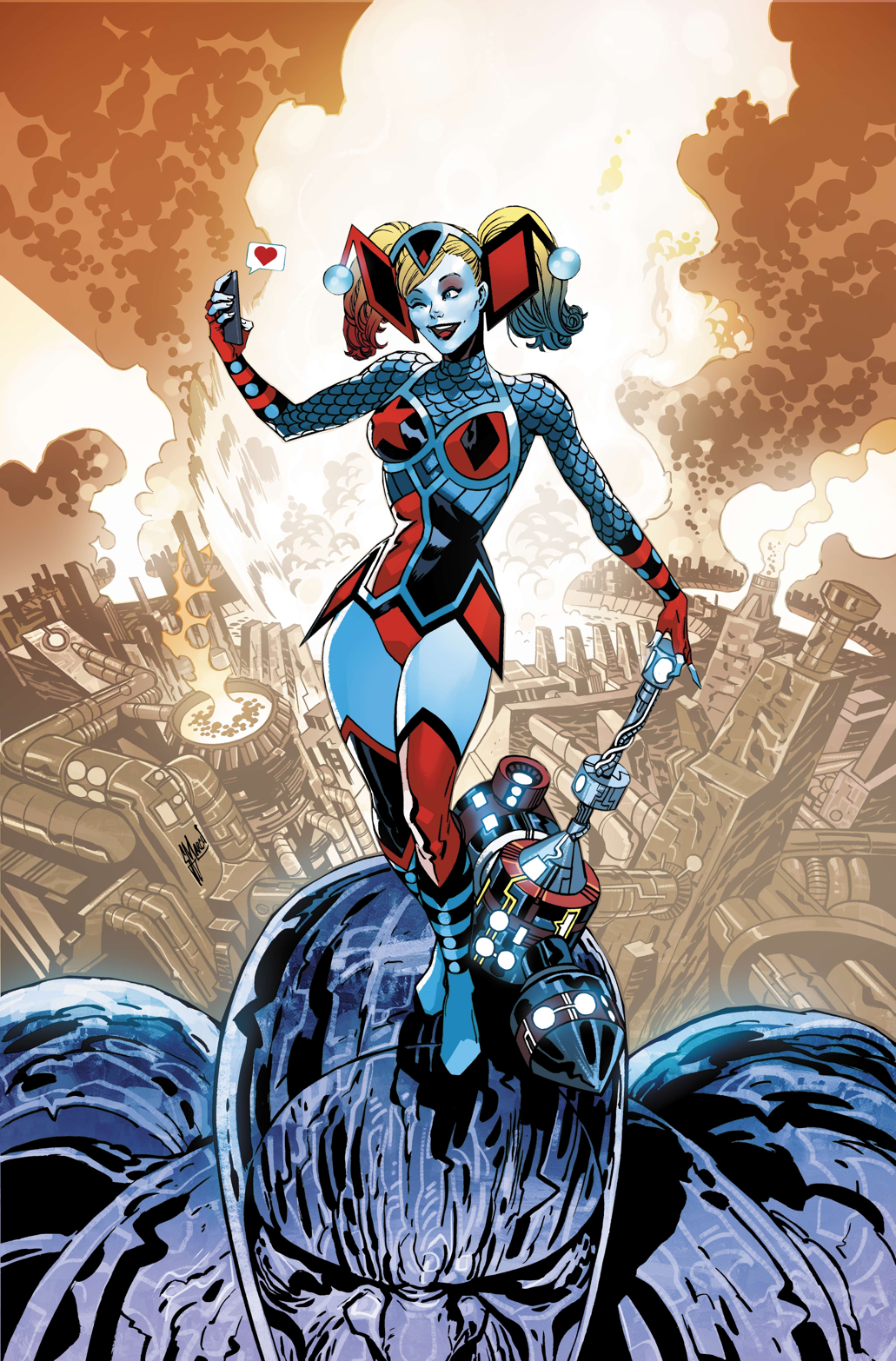 They may have separate movies in development, but this summer Harley Quinn and the New Gods are coming together when Sam Humphries takes over writing duties for Harley Quinn beginning with issue #45. We hinted at the changes a few weeks ago, but now the title will see Harley Quinn visiting Apokolips and running into iconic characters from Jack Kirby’s world including Granny Goodness who offers Harley a chance to become part of the Female Furies.

“For most people to wake up on Apokolips, you would be filled with dread,” Humphries said in an interview with the Washington Post. “Harley, she wakes up on Apokolips and she sees the fire pits, she sees the dystopian future, she sees the grinding machinery. She’s a wild card on a planet full of wild cards and there’s something for her to embrace there if she so chooses.”

As for his approach to the character: “One of the best things about writing Harley is I get to sit down every day and think of all the people who have annoyed me that day, and I ask myself, what would I do if I had a giant hammer and absolutely no consequences. And that’s a lot of fun.”

Humphries does want to see Harley become a part of the larger DCU, saying “One of the things that is going to define this run is bringing [Harley] a little close to the core of the DCU. We’ll see a lot of familiar faces. Familiar places. One way to make that clear right off the jump is to bring Harley to Apokolips, which in many ways is the heart of the DC mythos. If anyone can take on Apokolips single-handed, it’s Harley Quinn.”

Harley’s look is also going to change when she visits Apokolips, opting for a costume that blends her classic look with that of Big Barda, complete with a new hammer that would Mjolnir to shame. The storyline is set to explore what happens when someone like Harley is offered a great deal of power, how she reacts to it, and how she ultimately chooses to use it.

Humphries will be teaming with returning Harley artist, John Timms, with their first issue to hit stores on July 4. Are you excited to see Quinn head off to Apokolips and are the New Gods ready for her level of zaniness? Let us know in the comments below!