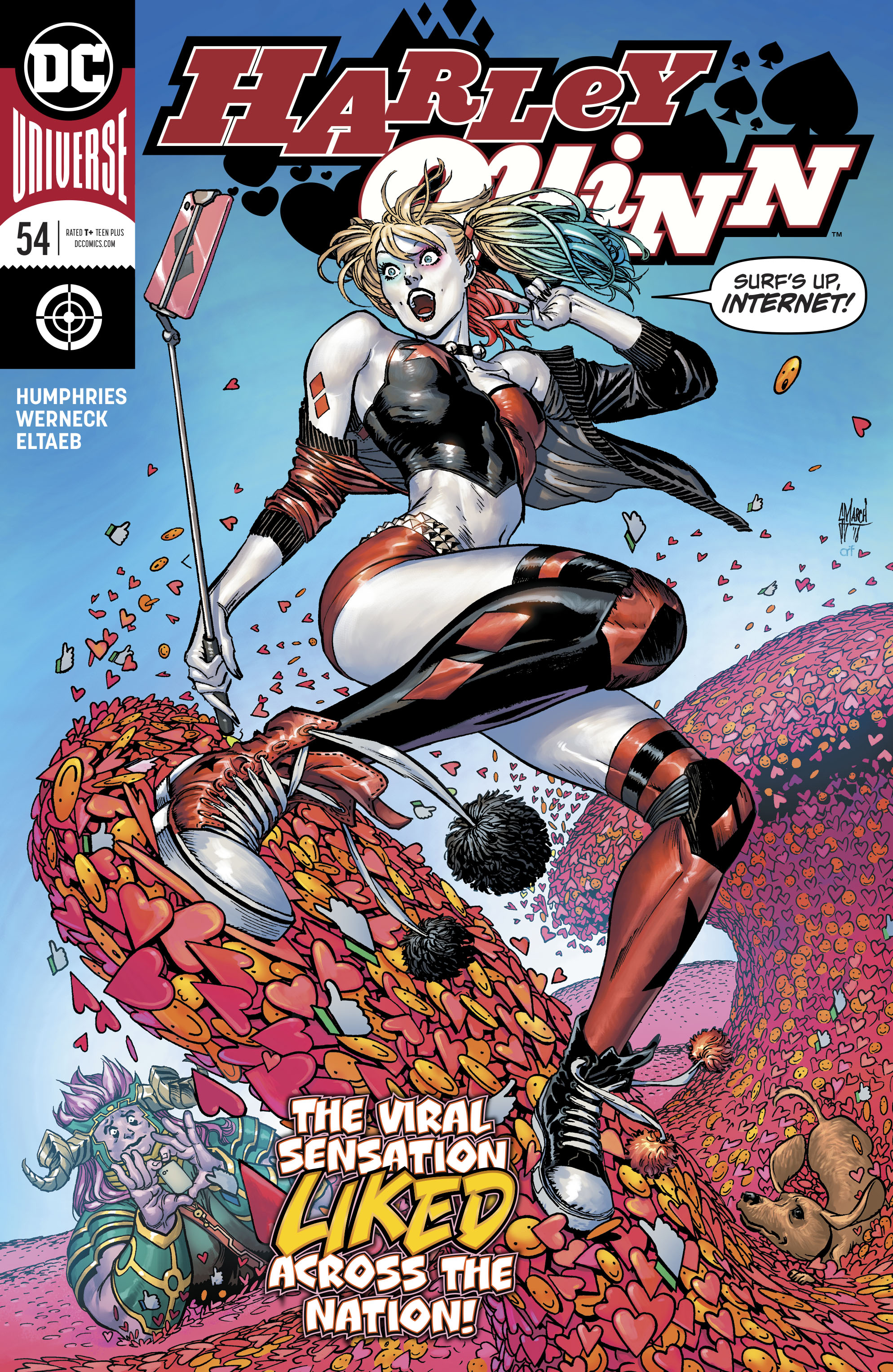 Overview: In the wake of Minor Disaster breaking the internet with Harley’s “breakdown” video, Harley takes matters into her own hands and escalates the action to compensate! Look out Coney Island!

Synopsis (spoilers ahead): Initially devastated by Minor Disaster’s use of the Disaster Dial to leak Harley’s diatribe against her interest of her followers to her subscribers, Harley and Coach are amazed to see that Harley’s supporters love her even more after this “raw relegation”, and she is more popular than ever.  Meanwhile, Minor Disaster has summoned her dad, Major Disaster, on false pretenses, hoping to show off to him how she has humiliated Harley – but it turns out the humiliation is all on her own end! Major Disaster rants at his daughter and openly questions why she doesn’t just KILL Harley!

Harley meanwhile has watched proceedings from a distance and feels bad after seeing what a douche Major Disaster is to his daughter and goes with Petite Tina to eat some hot dogs. In a rage, Minor Disaster shouts at the Disaster Dial, causing an earthquake and massive whirlpool that can be seen in space, dragging Coney Island away from Brooklyn and into the maelstrom! Tina is a serious asset and with her immense strength, she tries to anchor the island against the whirlpool, as Harley reasons with Minor Disaster to help.

Tina enlists the help of random citizens to help her hold on, while Minor Disaster, after Harley protestations, manages to coerce a whole new “disaster” from the dial – she creates the Volcano of Coney Island and prevents Coney Island from sinking into the whirlpool.

After things settle down, and Minor Disaster decides to turn over a new leaf and start her own legacy, Harley is in the festive spirit (and has given up recording videos for the YouTube Channel) and she is getting ready to PARTY, when the door knock, and who turns up but her whole family including the kids! What a DISASTER!!

Analysis: This is a great fun little issue and it’s obvious that Humphries is gelling with the character and her milieu now. This is the strongest issue in this arc and for me as a reader, the most pleasing part was the turn, where Harley’s supporters don’t lambast her for revealing her insecurities and sense of failure and obligation to them, but rather embrace her. Is it a pretty rose-colored view of the internet masses? Probably. But then again, everything is Technicolor and a bit fantasy-like in Harley’s world. So it’s not hard to imagine her having a fairly open-minded and relaxed bunch of fans out there. In a way, it’s actually a nice compliment to the fanbase. Harley as a comic character has long been a chameleon, even more than a standard comic book character, her shifts are extreme in look especially, going from Joker’s moll in the Harlequin suit, to the look which mirrored the Arkham games and beyond. She is a character in flux, still in potentially only the second major phase of her evolution. The fans of the YouTube channel somewhat mirror the large mass of fans who are along for this wild ride.

This was another extremely well put together book from the artists involved, Lucas Werneck seems to get the Harley character almost instinctively and the color palette positively sings. There is a lot to like about the way Harley’s expression is so vivid and relatable – look at the final page for her expression when her parents and siblings crash her pad at Christmas time to see what I mean. It cannot be emphasized enough that although this is only a fun, slight story, a strong artistic team in sync with the writer has raised what could be B-class material way closer to A-level.

Final Thoughts: An entertaining conclusion to the Minor Disaster arc, Humphries and Co are in fine touch on the Harley Quinn title. This run is improving at a steady pace.