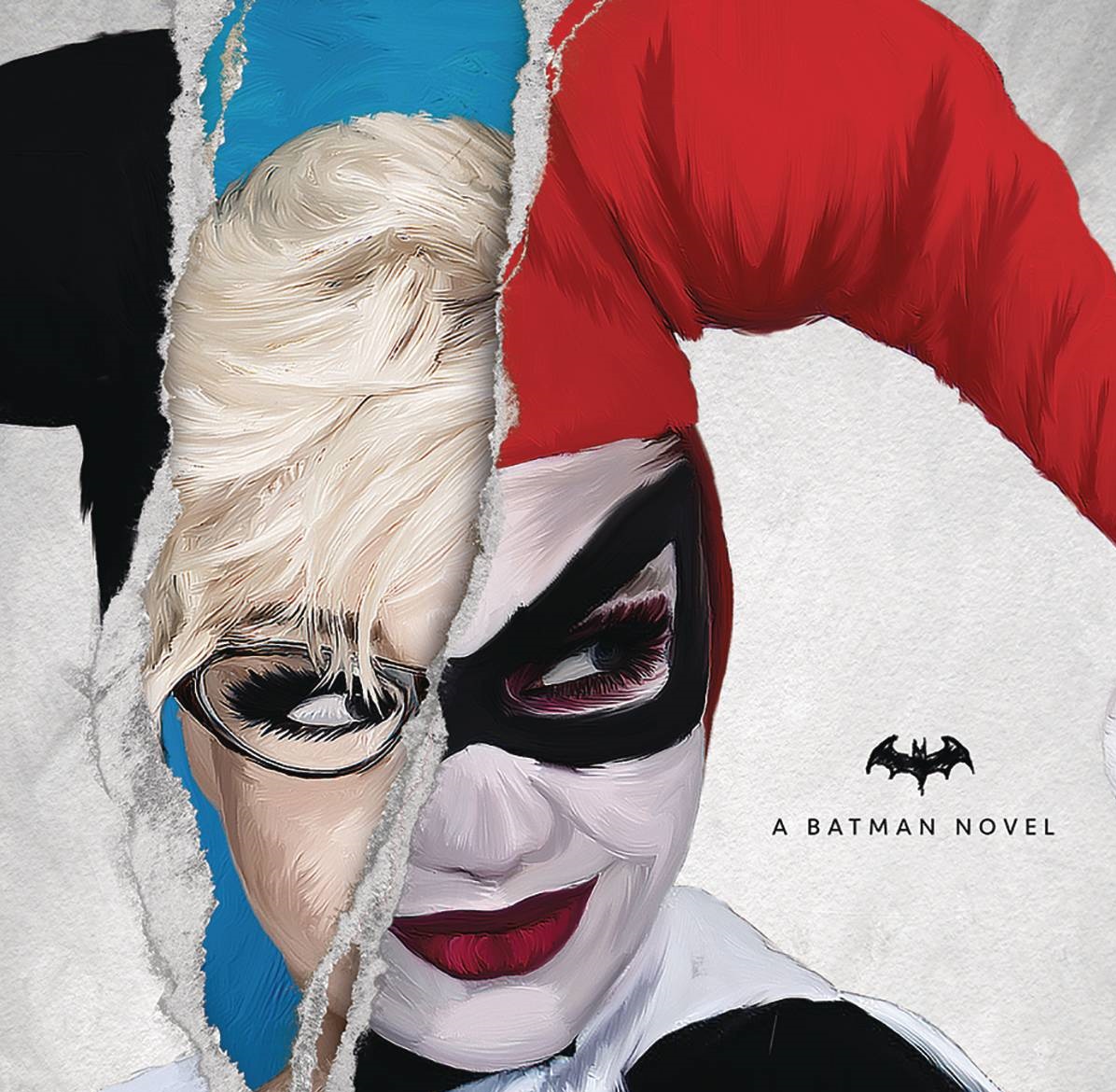 Overview: In a retelling of the graphic novel, new psychiatrist Dr. Harleen Quinzel arrives at Arkham Asylum and finds herself falling in love with her new patient, the Joker.

Analysis: In the original graphic novel by writer Paul Dini and artist Bruce Timm, the story starts with Batman foiling the Joker’s plot to kill Gordon and after the Joker takes out his frustrations on Harley by throwing her into the street (again) she thinks about her fall from a driven and overly ambitious young psychiatrist to when she falls in love with and then runs off with the Joker.  Harley comes to the conclusion that it’s Batman who is to blame for the Joker not returning her affections and she sets off to kill Batman once and for all so she can live happily ever after.  Harley nearly succeeds in killing Batman before he convinces Harley to call the Joker, who flips out at the prospect of someone else killing Batman and throws Harley out of a window.  Batman defeats the Joker and the story ends with Harley, recovering from her injuries and swearing off the Joker, before seeing a single rose from the Joker causes her to fall back in love with the Joker.

The original source material is the story about a woman’s fall from grace as she falls in love with a murderous psychopath who manipulates her into an abusive relationship which she can’t seem to free herself from and the toll that takes on her psyche.  There is a real tragedy to Harley Quinn as she was originally envisioned, as an unhinged woman who can’t escape her obsession with the Joker.   Harley has since evolved into a more independent character who has sworn off the Joker and carved out her own place in the world, but I think if you are going to tell the “Mad Love” story, you have to be willing to address where the character came from.

The new novel, “Harley Quinn: Mad Love”, written by novelist Pat Cadigan from Paul Dini’s original outline, doesn’t really seem to be interested in telling the story of the source material from which it is based.   All of the above events are featured in the book, but they aren’t the focus of the story. The book runs a brisk 279 pages, and of that book, the events of the original graphic novel don’t even make up a third of the story.

It’s pretty evident that the stuff that Cadigan is actually interested in writing is more of the inner workings of Arkham Asylum, which is where the book succeeds.  Arkham in often portrayed as nothing more than a prison for the criminally insane, when in reality the facility would, in fact, be more of a high-security hospital then a correctional facility.  I have to say that I found it interesting that there was an attempt to explore what a facility like that would actually be like.  The story takes the time to set up the general structure of the facility and goes into the politics of running Arkham, even setting up a subplot about misappropriated funding and hints at shadowy government work being done behind closed doors at Arkham, but then all that gets dropped to shoe-horn Harleen’s transformation to Harley Quinn in the back half of the book.

The book starts with Harley as a child where she spends time with her con-man father and then end up narrowly escaping some mobsters that her father ran afoul of.   This is where the problems of the story start.  There is something about telling a character’s backstory that makes some writers want to over explain things about the character that don’t really need an original story.   There’s a moment early in the story where Harley and her father are at a dinner where Harley becomes fascinated with the exaggerated Brooklyn accent of their waitress, who she starts to imitate.   I feel like giving an origin to Harley’s accent is just plain unnecessary.  Wouldn’t it have been easier if that was just how Harley really spoke?  The book could have even had it be something that Harley worked to suppress, and her accent could have been something the Joker could have pointed out as being put on as he begins to manipulate her.

The source material shows Harley to be a very driven young woman who sleeps with professors to change her grades and heads to Arkham Asylum with the goal of writing a tell-all book about the super criminals who are incarcerated in the facility.  The book softens this take on Harley.  The sleeping with her professors is toned down and the tell-all book angle is more or less removed.  Harley in this book is more of an ambitious but well-meaning new psychiatrist who seems to want to legitimately help her patients.  While this approach does work to make Harley more likable, it takes away from some of what the original story set up as a reason for her to be so attracted to the Joker.  I think it worked better when Harley was more of an opportunist who has no real interest in helping the inmates of Arkham. It makes her becoming emotionally involved with the Joker far more powerful and unexpected as she’s caught off guard by her feelings.  As it stands there’s very little weight or time given as to why Harley falls for the Joker in this book.

Harleen’s transformation into Harley is pretty much as is it is in the graphic novel, with Harley freeing an injured Joker and going on the run.  The story then shortens her time with the Joker to a period of a few months before she decides that killing Batman is the only way for Harley to live happily-ever-after with her “puddin”.  I don’t like the decision to abbreviate her new life of crime to months instead of a longer period of time.  Harley’s time with the Joker should be a major, formative time for this character and in the graphic novel, there’s an implication that this story takes place after years of time at the Joker’s side and shortening that time I think removes a lot of weight from the moments in the book where Harley sees the Joker for what he really is.

The book follows the comic pretty closely through the events of the graphic novel.  Batman appears in this section of the book, and largely follows the original dialogue from the comic, except for a few odd additions of dialogue that seemed off model for Batman, like him quipping when Harley’s video arrives at police headquarters that they should watch it with popcorn.  The novel includes the moment at the end of the graphic novel where Harley, laying in the hospital after being pushed out the window, immediately falls under the Joker’s spell again after she sees the rose that the Joker left her.  The novel continues on, with the Harley healing, and being released from Arkham, where she is immediately approached by the Joker, who Harley quickly slugs one and then steals his car.  I can understand the writer not wanting to end this story with the protagonist going back to her abuser, but I think there was a much better way to go about handling Harley freeing herself from the Joker then what is portrayed here.  I think that it would have been better to have Harley not be swayed by the rose at the end.  At the very least, there was a better way to handle the scene then a quick bystander’s account of her rejection of the Joker.  This is something that should be the triumphant moment of the book but instead feels like housekeeping before the story wraps up.

The story then ends to Harley locating and exacting revenge on the mobster that menaced her as a child in the opening chapters of the book which gets a baffling amount of attention to close the story off.

Final Thoughts: I think my biggest takeaway from reading Harley Quinn: Mad Love was how little the novel had any interest in telling the story of Mad Love.  I think that this story would have been far better served to focus on an original story featuring Harleen Quinzel in Arkham instead of cramming in a story that the writer doesn’t seem to have any interest in.  As it stands, this novel is like the pale, cover band version of a classic song, and just isn’t worth your time or money.

Editor’s Note: Titan Books provided TBU with a review copy of this title. You can purchase your own copy by heading over to Amazon.