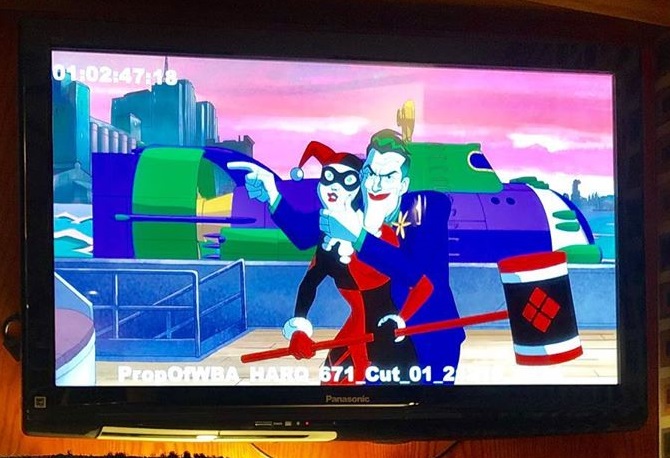 It seems like yesterday that it was announced that Kaley Cuoco would be voicing Harley Quinn in the upcoming DC Universe exclusive animated series. As is with everything in production, things are worked on well before their release and the Harley Quinn animated series is no exception.

Voice work is underway on the series and Cuoco has released a few images from her view inside of the voice-over booth. While a couple of these just show Harley, the first glimpse of how Joker will look in the series, who will be voiced by Alan Tudyk, is also shown.

The Harley Quinn series is set to premiere later this year exclusively on DC Universe. What do you think of the new version of the Joker?