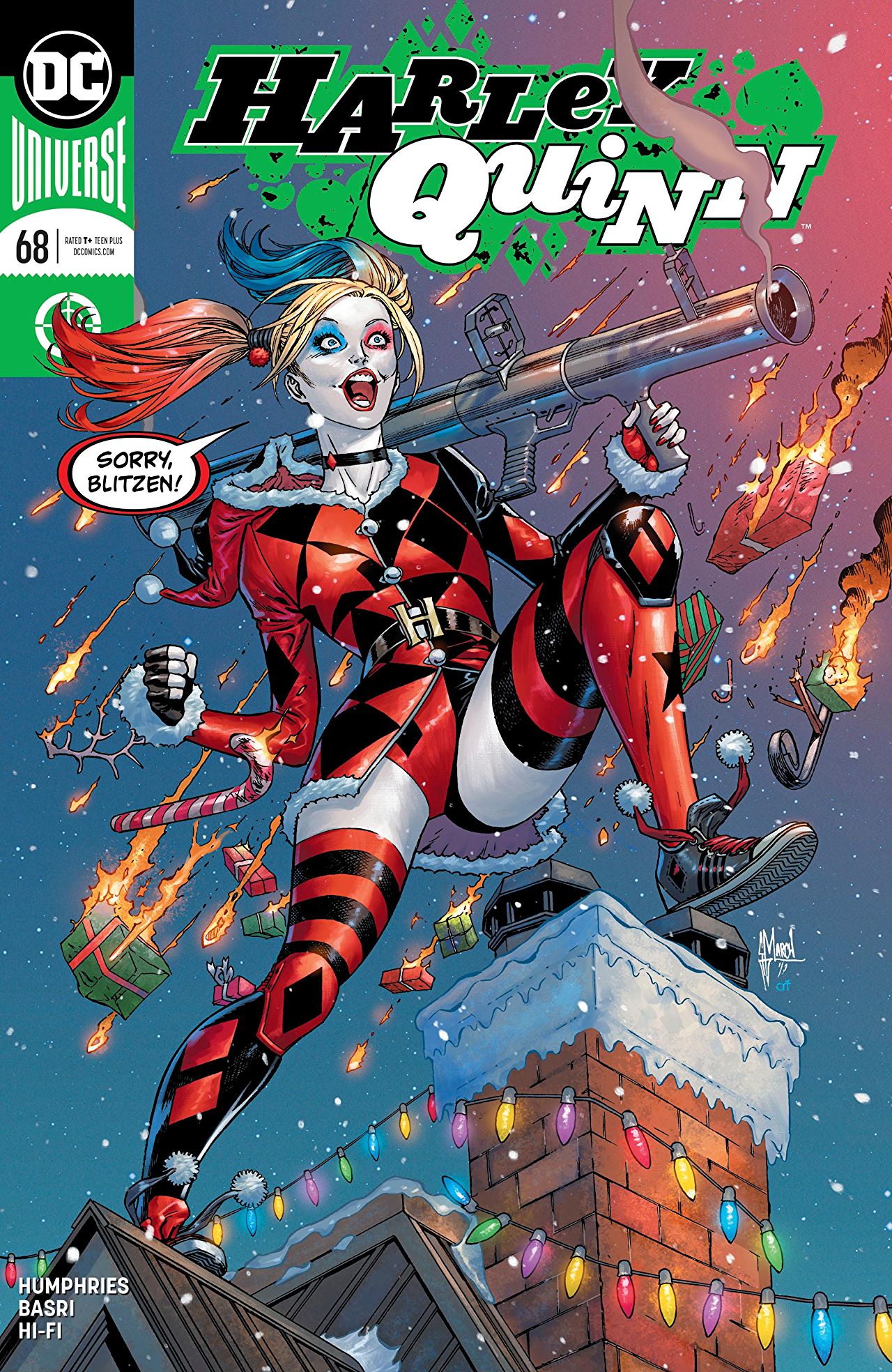 Overview: Still recovering from her mother’s death, Harley goes to Christmas Hamlet, a luxury Christmas-themed resort, where all is not as it seems.

Synopsis (spoilers ahead): Still reeling from her mother’s death and the failure of her family to come together for Thanksgiving, Harley travels to a luxury Christmas resort, Christmas Hamlet! However, upon her arrival, she quickly falls afoul of the strict “Christmas Spirit” policy, as she is still sad and thinking of her mom and times past. On the run from the Christmas security working the resort, Harley bumps into the Christmas ghost!

The ghost transports her to a hideout, where she reveals to Harley she is Kira, the unjolliest, another refugee of Christmas Hamlet, who was excommunicated by the resort, and now tries to mess with them “as much as humanly possible.” Kira lost her father, who was a Santa at the resort and was shunned by them after she lost her Christmas cheer, just like Harley. Together they team up and steal the gingerbread van, but a Missle-Toe from the resort destroys the van, and ejects them onto the snow!

Harley and Kira bond and sing a Christmas song, before they go back to the resort and destroy Christmas Hamlet’s Christmas tree – their tacky Christmas is canceled this year!

The next scene shows Harley in the wrestling ring in LA, some two months later, complete with a baying crowd, as she is introduced as “Harleen the Queen”!

Analysis: Right off the bat, just like Harley, this reviewer is a sucker for Christmas stories. This one is lightweight and fun, with a touch of sadness and memory for those passed, mixed right in with the egg-nog! This isn’t a deep tale that will leave you with the meaning of life, but it is a nice bit of counter-programming to the non-stop Disneyfication of the season, while still having fun! It’s nice to see Harley met up with a fellow soul, “the goth brat” Kira, and together they have a Christmas of their own in their own way. It’s touching when Kira sings a little Christmas song, out there in the cold – they aren’t really two grinches who have fallen out of love forever with Christmas, but just two souls who have a bit of the old Christmas blues. Without meaning to be overly saccharine, it’s obvious in this story, much like a Hallmark movie, they find a bit of the season in each other, which is nice.

In terms of delving deeper into the issue there isn’t a ton there, but really, not everything has to be deep. We still get to roam around Harley’s sadness over her mom passing, she isn’t over it yet, all this running is still an escape. But to where? An escape to a commercial Christmas wonderland that rejects her. It’s hard not to empathize. Pretty much everyone has had a touch of the Christmas blues at some point in their lives, if only once or twice. In all the glamour and manic retail advertising we dress Christmas in these days, and have done for decades upon decades, it is actually comforting and nice to see a slightly alternate take coming from such a mainstream publisher as DC. And of course, that is a one of the chief delights of Harley in so many of her incarnations – with her slightly askew view of the world she manages to provide that slight dose of meta-commentary and irony inside an extremely commercial line. It’s just fun and good work by Sam Humphries.

The art on this issue by Sami Basri is amongst my favorite style for a Harley book, at least in recent years – it straddles the line between cartoony and graceful fluid lines, with expressive faces and fantastic coloring that really ties the issue together. This is a very attractive package and in its own way is a great advertisement for the Harley character as we head toward the giving season. I’d recommend this to anybody twelve and above, who has shown some interest in the character. It could be a nice one-off gift or as part of a larger comics set this Christmas!

Final Thoughts: A light, enjoyable Christmas issue that sails by on its charm. A good one for the stocking!