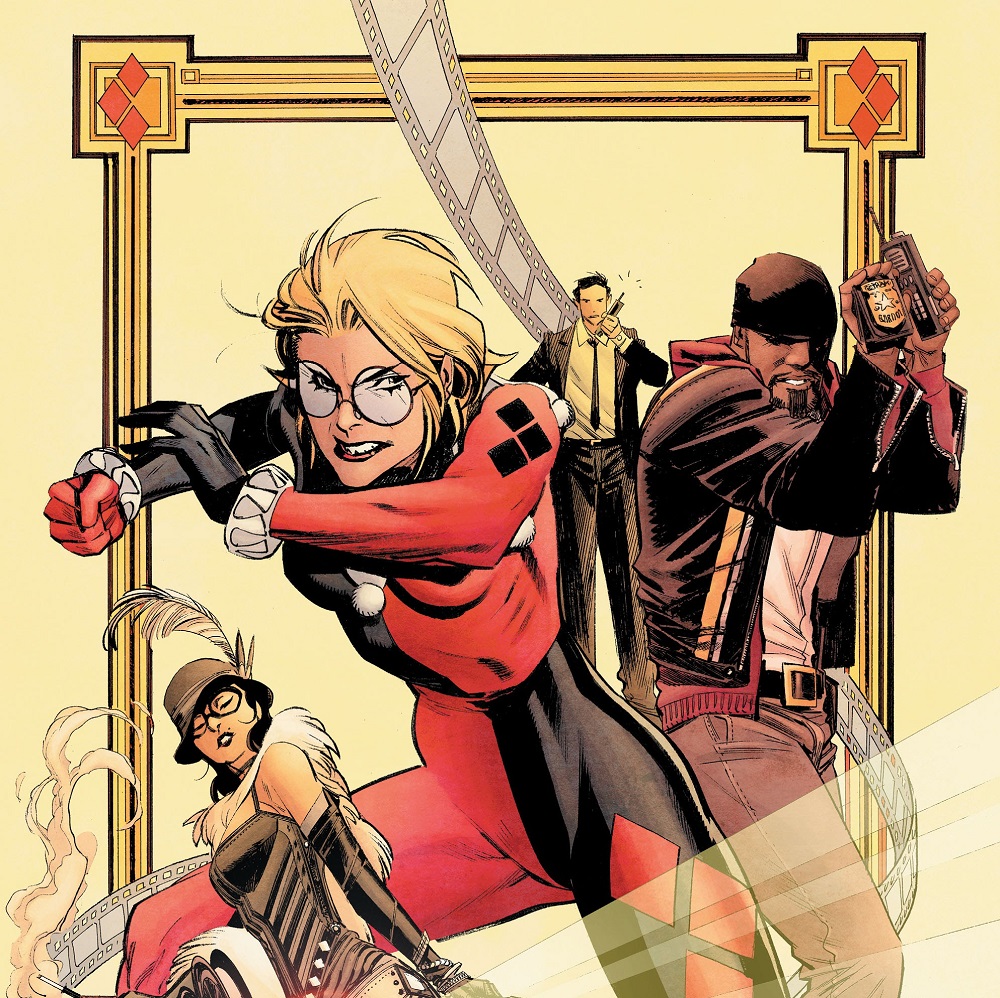 Overview: Faced with a figure from his past, Hector Quimby must make a fateful choice about Harley Quinn.

Synopsis (spoilers ahead): In prison, Bruce walks alone in the cafeteria as the other prisoners fight brutally – only for a guard to call him out for a visit from Harley. She tells him the story of the night Jack fell into the chemicals, how she dressed up for the first time as Harley Quinn, followed her lover, and watched in horror as Batman couldn’t stop him from his transformation into the Joker. Bruce tells her that he always knew she was at Ace Chemicals and prompts her to have faith in herself, and also in the obsessive Hector Quimby, as he might still be an asset in the case.

At the GCPD, Harley meets Commissioner Montoya, who tells her to go home.

At their hideout, Starlet and the Producer fight over their disagreements about their plan and await Hector Quimby taking the bait Starlet left.

Harley arrives home to Leslie Thompkins watching her twins, but Duke Thomas calls her in for the case to Gotham Film Academy, where she finds Hector trying to break in, as the GTO is being held up getting a search warrant – and Duke follows them both. The Producer surprises them when they find the conspiracy board on the wall, and they split up trying to chase him in the shadows – Duke gets knocked out by the producer, Harley and Hector find the Starlet, revealed by Hector’s home movies as Ethel, his nanny, horribly scarred by his mother throwing a bottle at her when she protected Hector. Ethel pressures Hector to kill Harley and join her, playing on his feelings of childhood love for her – leading to a final page of Hector pointing his pistol at Harley as Starlet has trapped her with a garotte.

Analysis: Katana Collins avoids many (though not all) of the weaker parts of the previous issues in White Knight: Harley Quinn in this issue, presenting a major confrontation between our heroes and the villains. The flashback to the days of Joker’s creation at Ace Chemical gives us a chance to see some Batman, as well as integrate this universe’s Harley Quinn into the classic 1989/Killing Joke version of the tale. The relationship between Bruce and Harley continues to be a high point of the series, and the development of Hector and Starlet produces a very interesting dynamic in this world. A themed villain and a character torn by trauma between good and evil have great potential in the world of Batman, and it will be quite interesting to see if they catch on in the main Batman universe or if they will end up like the original characters in Batman: Death by Design by Chip Kidd – gorgeously designed, full of potential, and completely ignored. Collins juggles the characters, suspense, and emotional moments very well overall, with a slight weakness in the use of Renee Montoya and Leslie Thompkins, basically only there for plot or fanservice reasons, rather than really adding emotional or character value.

Matteo Scalera and Dave Stewart continue to provide truly top-notch artwork for this spinoff of the gorgeous White Knight universe, layering detail, meaning, and emotion on every panel. A particular highlight in this issue appears with the scene with Harley walking home, the shadow of Harley Quinn on the wall, evoking so many feelings with Harley’s pose, and the historical shadow. The design and execution of the Starlet, with her grey makeup creating an eerie, ghostlike effect after the saturated colors of Harley’s world, creates an exceptional effect in this issue where the protagonists learn her identity.

Unusually, Sean Murphy’s main cover does not feature a cold color palette – the red isn’t quite vibrant, but the warmth of the yellow and red dominated art works extremely well, with all of the characters engaged in some kind of action. Matteo Scalera’s variant highlights the darker side of the story, with a conspiracy wall, a faceless man, the villainous Starlet, and Harley with her back to us, facing the huge figures of her enemies – very dramatic – Harley contra mundum (against the world)!

As White Knight Presents Harley Quinn crests the middle section of its tale, our heroes confront the villains directly for the beginning of their major conflict. Art and writing continue to improve in this well done spinoff of the White Knight universe, maintaining the strength of the Harley Quinn characterization and developing new characters with great potential.