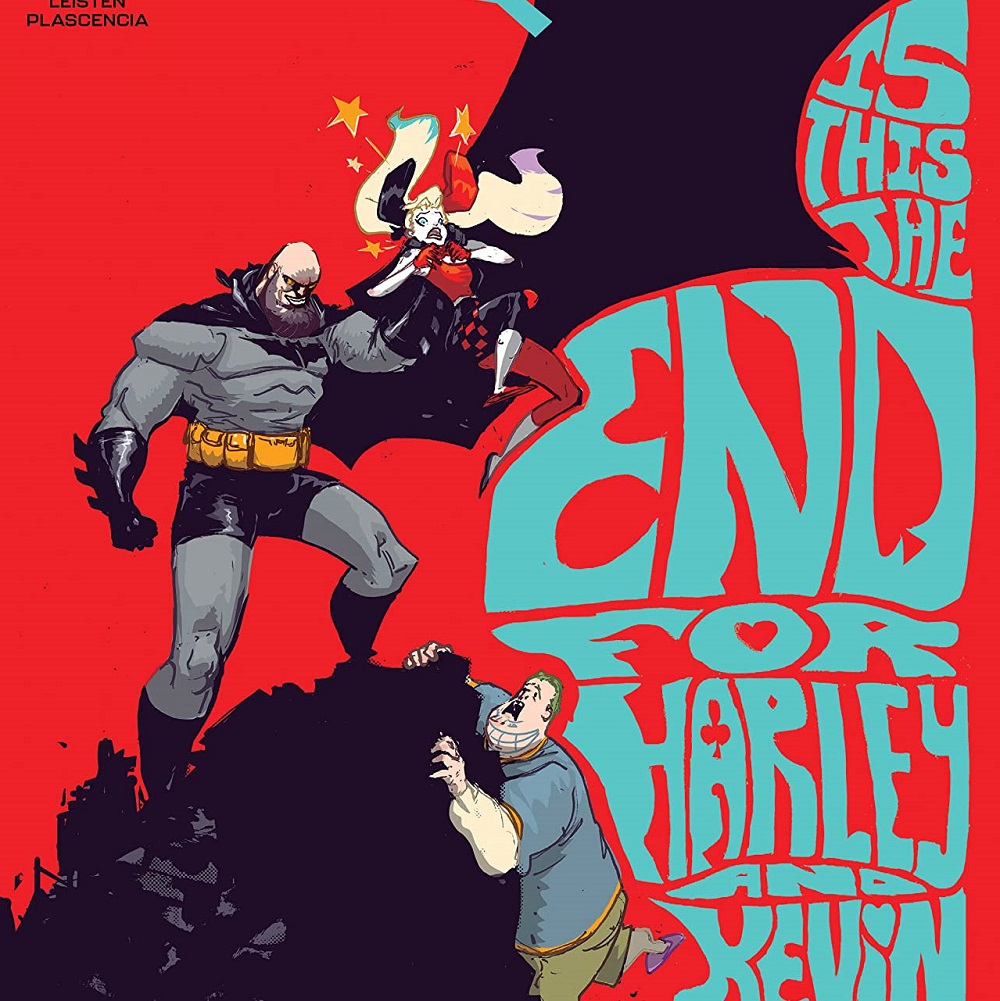 Overview: In Harley Quinn #5, Harley finishes toying with Hugo Strange, deepens her alliance with Solomon Grundy, and we get a new villain.

Synopsis (spoilers ahead): A Batsuit-bedecked Hugo Strange is fighting the actual Batman while Harley narrates. The scene switches to Dr. Strange’s office at S.A.F.E. headquarters, and our hero is essentially conducting a psychological analysis of Dr. Strange’s behavior to Dr. Strange. She is also in handcuffs. Dr. Strange informs her that she is there as an example of what happens to people who cross Dr. Strange, which sends Harley into peals of laughter. Dr. Strange is furious and mocks her back but relents when she insists that she really does have to use the bathroom.

In the restroom, Harley flushes some kind of electronic tooth, outwits the orderlies sent to guard her, and prances off to free Kevin. Lockwood locates her, but just as he is about to shock them both, Solomon Grundy appears. After they dispose of Lockwood, Harley instructs them to meet her in the basement and walks off to retrieve her bat. Along the way, she stumbles into Dr. Strange’s peculiar Batman Universe Plushie collection and takes the Solomon Grundy plushie. Dr. Strange argues with a mysterious cloaked figure just as Harley finally finds her bat.

Dr. Strange appears behind her and attacks, but Harley pummels him senseless. She catches up with Solomon Grundy and Kevin, helps them batter a few more orderlies, and escapes into the sewers with a number of the freed prisoners from S.A.F.E.

In the final scene, Dr. Strange and the cloaked figure argue about the extent to which Harley’s efforts interfere with their plan. Although Dr. Strange refers to the figure as “Eli,” he instructs that he is to be referred to as “Keepsake.”

Analysis: Harley Quinn #5 is an entertaining, enjoyable read. The relationship between Harley and Solomon Grundy is especially sweet, managing to be both humorous and heartfelt without taking easy cheap shots at the notoriously laconic Grundy. In fact, Harley and Grundy’s friendship is one of the more significant proofs of the seriousness and advance of Harley’s redemption; she treats him more humanely and with more dignity than almost anyone else in the Batman Universe. Grundy deserves a plushie crafted in his own image, and Harley is the deliverer. But this kindness and regard isn’t Harley’s only good quality, as she is loyal to a fault. When turned to the service of mercy and justice, loyalty can be powerful, as in her insistence on rescuing Kevin and some of his fellow former clowns.

Writer Stephanie Phillips continues to depict a complex, intelligent, dynamic, and playful Harley. Bubble Gum Harley is nowhere to be found, although of course her humor and daring are on full display. To be honest, Hugo Strange is no match for her, and belatedly even he seems to realize this (and hence the fact that he continues to think that orderlies with cattle prods are sufficient to keep Harley in line is almost not believable).

Consistent readers of these Harley Quinn reviews know what I think of Riley Rossmo’s style for a Harley book (nope), so I will not keep repeating these preferences here. The fact that Jorge Jiménez is drawing Harley so beautifully in Batman is good enough for me, although I continue to enjoy Derrick Chew’s variant covers enough to wish DC would give him a shot at the entire book.

We have a name for the new villain who is presumably connected to Simon Saint – Keepsake. I’m not hugely excited by this, but Harley Quinn remains a strong title featuring a vibrant and engaging Harley. It’s hard to ask for more.