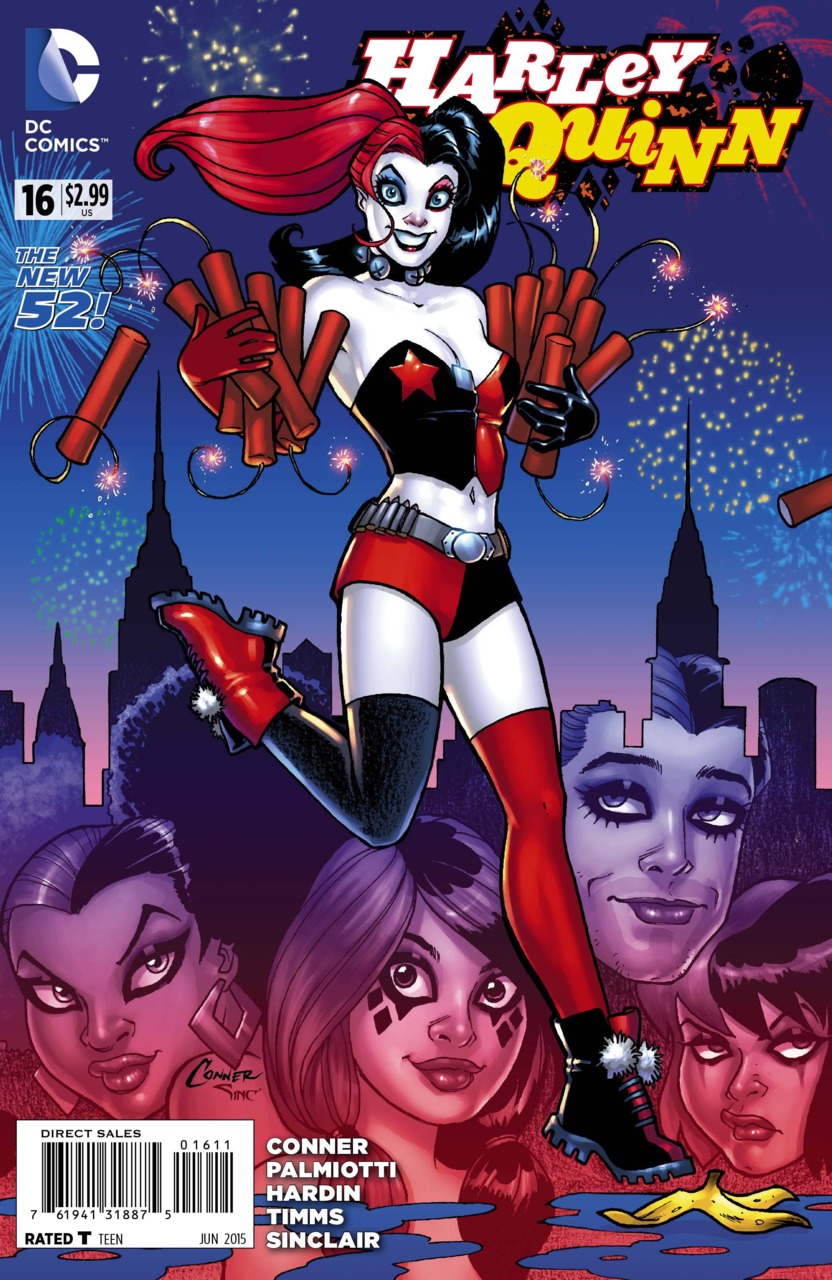 When we last left Harley she was putting her plan in place to build her Gang of Harleys. At the beginning of this book she and Ivy are at the movie theater watching what sounds like the Road Warrior. The movie is too stressful for the exhausted Harley and after a near-confrontation with some of the other patrons they decide to find another flick. The next film they try appears to be 50 Shades of Grey, however Harley is distracted by what she thinks is a rat biting her foot and has to leave the theater entirely and head to the diner.

Through mouthfuls of burger and industrial amounts of ketchup we discover that Harley is planning on hiring a dozen sidekicks and is looking for a headquarters. Ivy tries to reason with Harley suggesting that this sounds like too much for her to take on. Reason and Harley are unacquainted so she insists on pursuing her plan.

The next day Harley is shown a decrepit abandoned building in Coney Island which she believes will be perfect for her headquarters. After she and Tony haggle on the price she makes the deal. The Harley’s have a headquarters.

With the help of her pal Eggy, Harley uses her new hideout to interview several prospective Harleys, some of whom we met in Harley Quinn #15. To decide which of the crew will be selected she gathers all the finalists into a room and turns out the lights and says whomever is left standing when the lights come on is in the gang. After cleaning up the carnage we see (very subtly) the winners. One of those left unbeaten is Holly Hamden, a blind woman in a wheelchair. She seems to have an almost supernatural sense of hearing and smell to compensate for her lack of sight.

Harley works with Queenie to create her gang’s outfits and Eggy gets his replacement bodies to fix up the headquarters. She goes shopping to get the necessities for life in the lair. Holly gets renamed “Coach” and is put in charge of overseeing the operation.

Finally the Gang of Harleys is revealed fully outfitted and full of yang.

I really love how this story is coming together. This book for me is a nice and zany break from all of the flying and punching books I am otherwise reading. The constant snarky attitude and off beat editors notes really give a feeling of meta-craziness. Also, there is a wonderful page when the prospective Harleys are fighting in the dark where John J. Hill, the letterer of the book, gets to complain about his workload and the process he has to go through to make the comic. I also like the presentation of the Gang of Harleys at the end and look forward to matching the gang members up with their respective interview panels.

The story does jump around a little, the movie theater scenes are somewhat unnecessary to the main plot but are interesting in themselves. One panel shows the audience watching 50 Shades all looking sideways at the screen to follow the action. It is cute stuff.

Some of the characters have an almost Mort Drucker look to them, which serves the tone of this book very well.