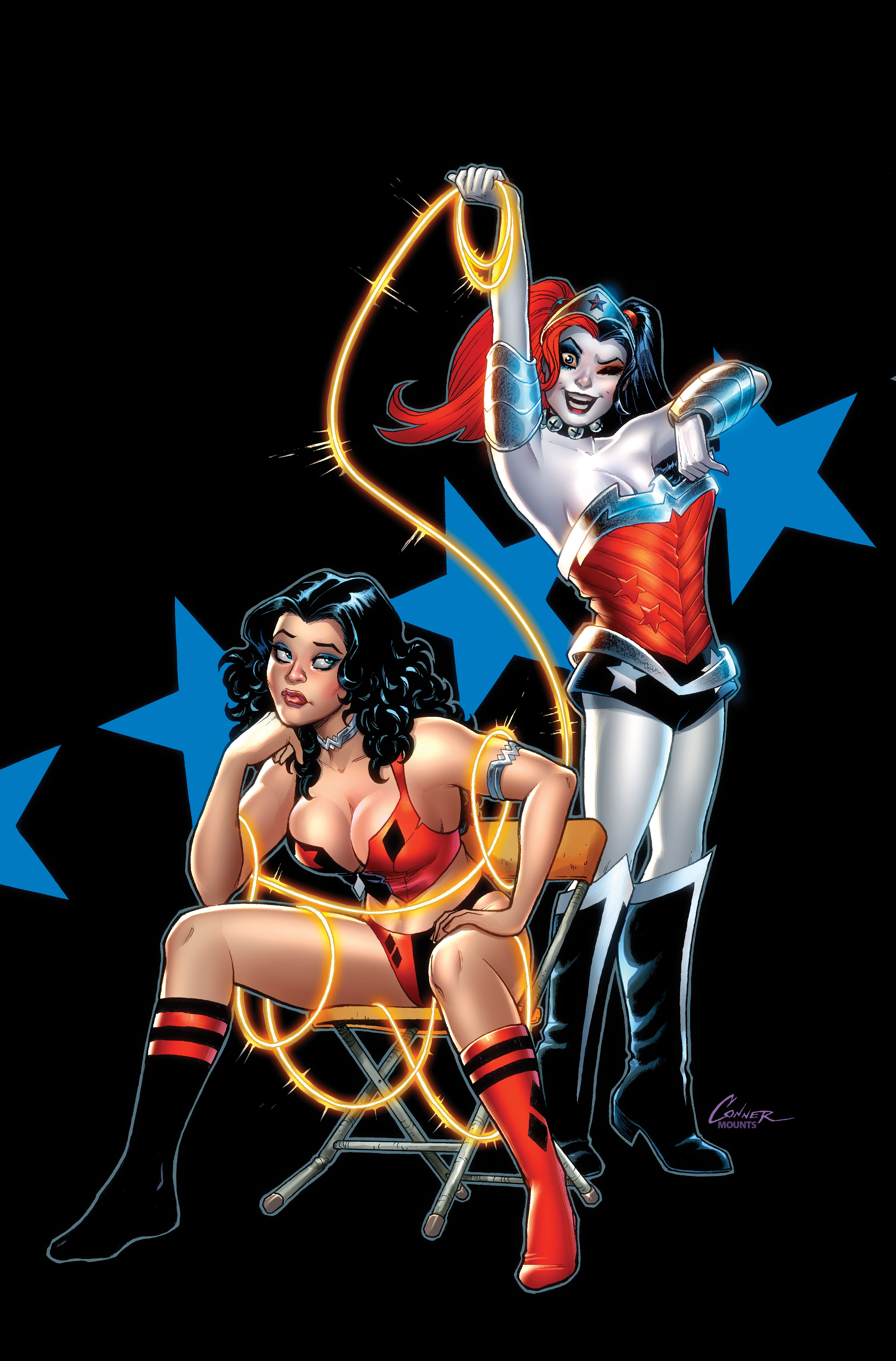 DC has announced that Harley Quinn will be getting a new series in addition to her current ongoing title starting in December 2015.  This new series comes off the popularity of the character herself and the success of her recent team-up miniseries with Power Girl.

The new title, Harley’s Little Black Book, will be written and drawn by the same creative team as Harley’s ongoing (Amanda Conner and Jimmy Palmiotti) and promises to give us stories of Harley teaming up with DC’s greatest heroes and villains, starting with a team-up with Wonder Woman in issue #1 of the new title coming in December.

The new title will also tie in with DC’s ongoing trend of monthly themed variant covers as ten different titles will get variant covers featuring Harley Quinn as celebration and promotion of the new title.   Check out the full list of titles getting the Harley variant treatment below and look for both the variants and the new title at your LCS in December.