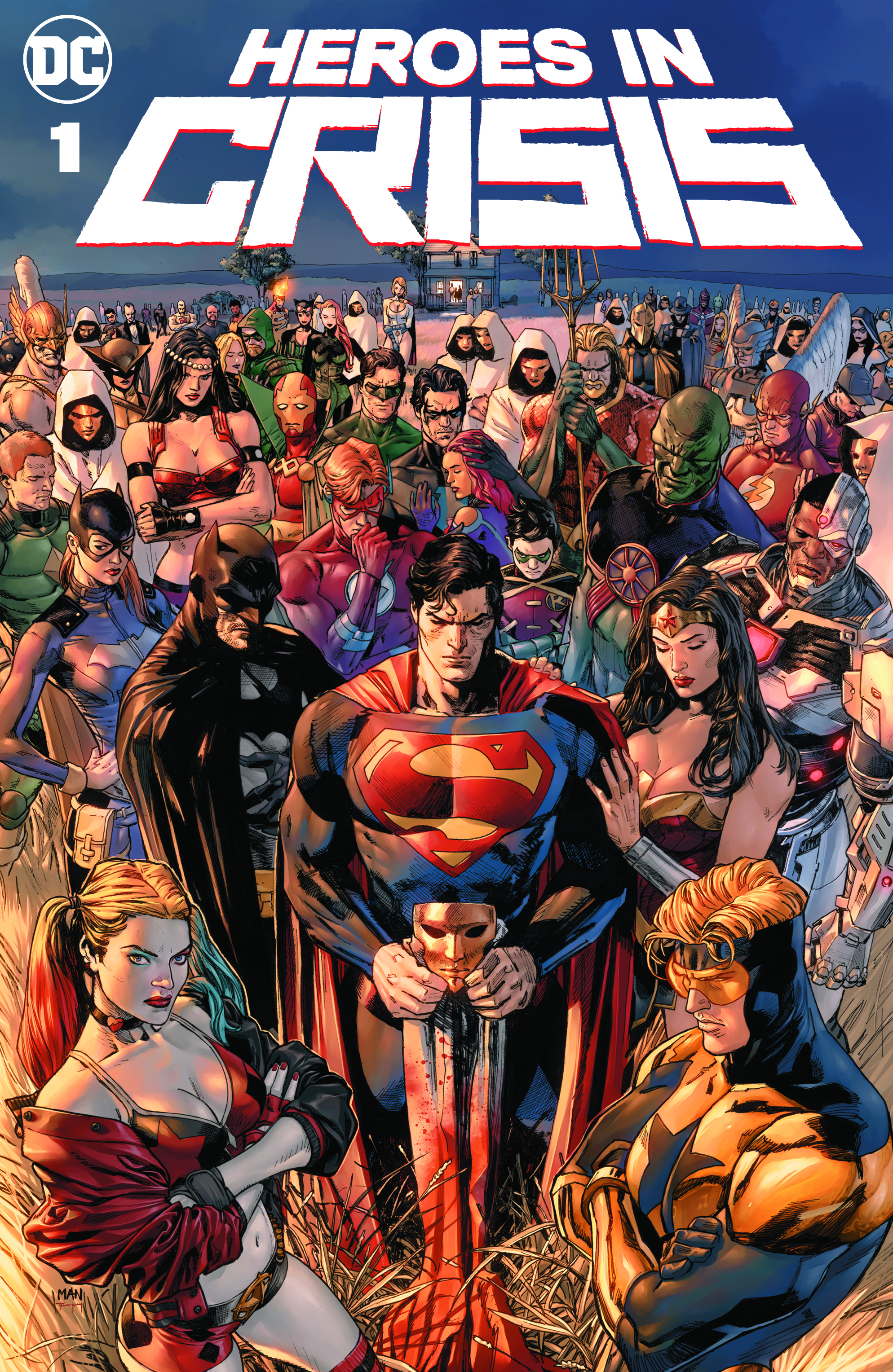 Not content to rest on the laurels of their work on Batman, writer Tom King and artist Clay Mann are teaming up for a new project at DC Comics. This project comes in the form of Heroes in Crisis, a seven-issue miniseries set to debut in September.

HEROES IN CRISIS is not a tale of universes colliding and dying. Instead this is a story centering on the humans and superhumans under the mask; this is about what allows them to get up and fight when it appears they can’t ever get up and fight again. When it’s too much, and it’s often too much, heroes go to Sanctuary—created by Superman, Wonder Woman and Batman—to find a moment of safety before returning to a universe of violence. HEROES IN CRISIS is also about what happens when Sanctuary fails, resulting in catastrophic consequences for the DCU.

King is using real-world inspirations for the story, saying in a statement: “I feel like I’m part of a rolling generation of people who spent their twenties overseas fighting terrorism. Millions of people cycle through that machine and come home to America. And I think that sort of experience of violence is shaping who we are as a culture, and as a country. And I want to talk about that. I want to talk about that experience, the experience of what violence can do to a person, to a community, to a nation, to a world.”

The story definitely looks like it will present a new interpretation of the DC Universe and the characters within. By focusing on how being a hero impacts these individuals outside of their costumed life, Heroes in Crisis may give us a greater understanding on what it takes to truly be a hero, from the toll on your body to the toll on your mind. If anyone is up to the task of peeling back the layers of these topics, it’s going to be Tom King.

We have already seen hints at this series in Batman with the Poison Ivy and Boost Gold stories. Heroes in Crisis #1 releases on September 26.