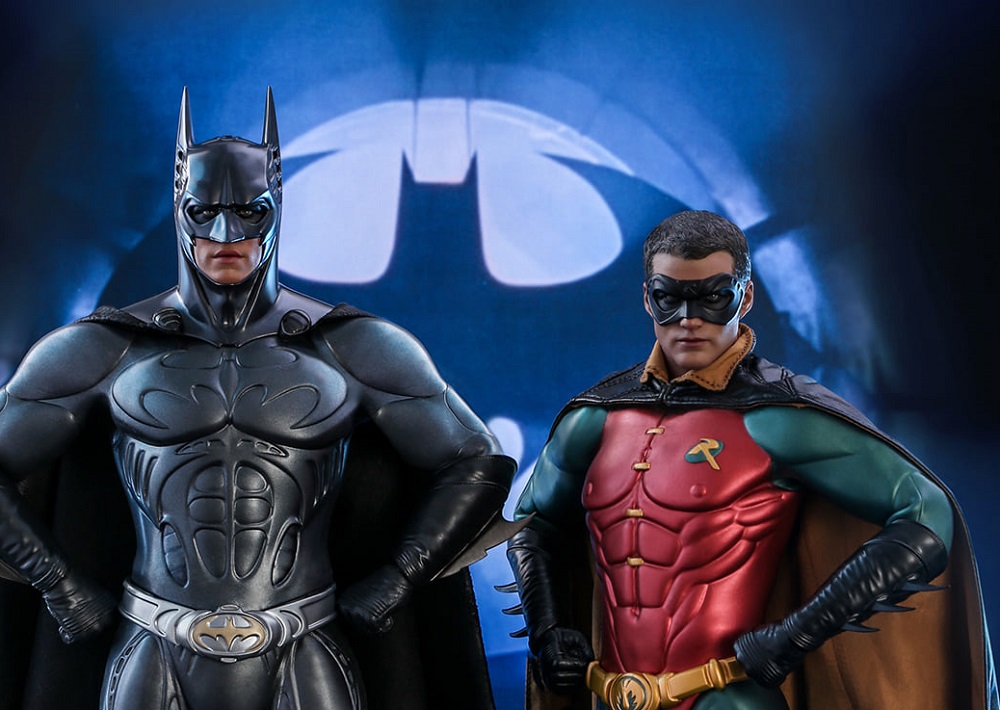 Hot Toys has released details for their latest Movie Masterpiece figures, which feature Batman and Robin from Batman Forever. The figures will be available in the standard one-sixth scale and measure just under twelve inches tall. They will also feature multiple interchangeable parts and accessories. They are sold individually and priced at $255 for Batman and $245 for Robin. The figures are expected to ship between April and June 2022. You can preorder the figures at Sideshow Collectibles by following the above links.

Spending countless years mastering martial arts, criminal science, and advanced gadgets engineering, Bruce Wayne has turned himself into a crime fighter second to none. To protect his privacy and strike fear into the hearts of criminals in Gotham City, Wayne came up with Batman. Equipped with a cape and cowl and unique fighting devices, Batman set about the never-ending task of ridding Gotham City of crime.

Kick start your Batman collection with the new figure today!

Like Bruce Wayne, young Dick Grayson witnessed the murder of his parents and swore to dedicate himself to bringing the criminals to justice. Under the strong wing of Batman, Dick managed to set aside his bitterness and thirst for revenge, turning them into a passion for righting wrongs, battling evil, and eventually becoming Batman’s trusted crime-fighting partner, Robin. When one of them is in danger, the other is sure to help find a way out of it!

The highly-accurate figure is specially crafted based on the image of Robin, featuring a newly developed head sculpt with stunning likeness perfectly translating the details including the face mask, a specialized body portraying his muscular body, detail recreation of Robin’s iconic costume with an “R” logo with a subtle metallic shimmer, also a figure base for display.

The new figure is a must-have for fans of the Boy Wonder! Pre-order it today!