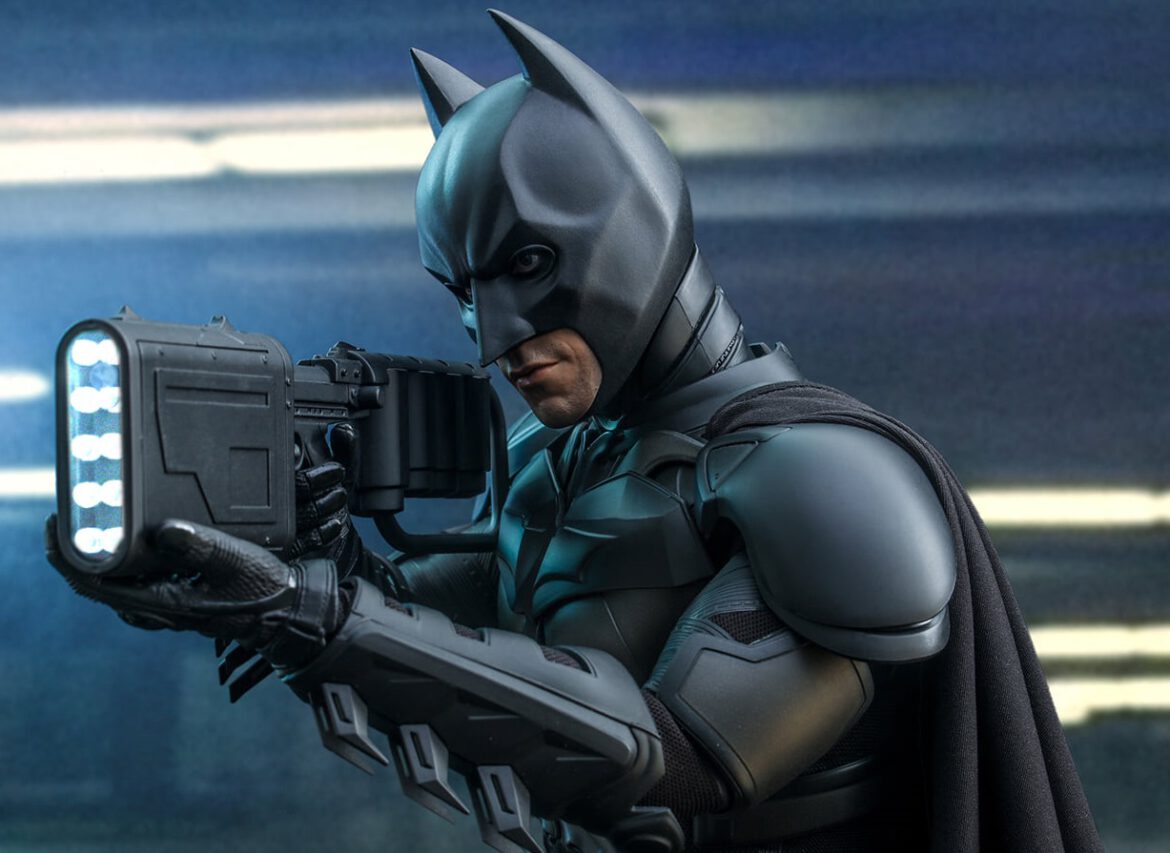 Hot Toys has released details for their latest quarter-scale collectible figure, which features Batman from Christopher Nolan’s The Dark Knight. The one-fourth scale figure measures about nineteen inches tall and features multiple interchangeable parts including weapons, costume parts, and accessories, as well as bust stands for the unused bust sculpt. There is also a special edition version of the figure that includes a standalone bust that is available in limited quantities, but for the same standard price. The figure is priced at $595 and is expected to ship between April and June 2023. You can preorder the figure through Sideshow Collectibles.

“I need you to get me back in the game.” – Bruce Wayne

It has been eight years since Batman vanished into the night, turning, in that instant, from hero to fugitive. But everything changes with the arrival of a cunning cat burglar with a mysterious agenda. Bruce Wayne has to join forces with old and new allies, and put his mask on one last time to finish what he had started and become a hero again.

A Special Edition available in selected markets will include a Batman cowl as a bonus item for collectors.

Fill up your Batcave collection with this stunningly detailed 1/4th scale Batman figure!

Exclusive Bonus Accessories for Special Edition:
– One (1) Batman cowl (not wearable on figure)