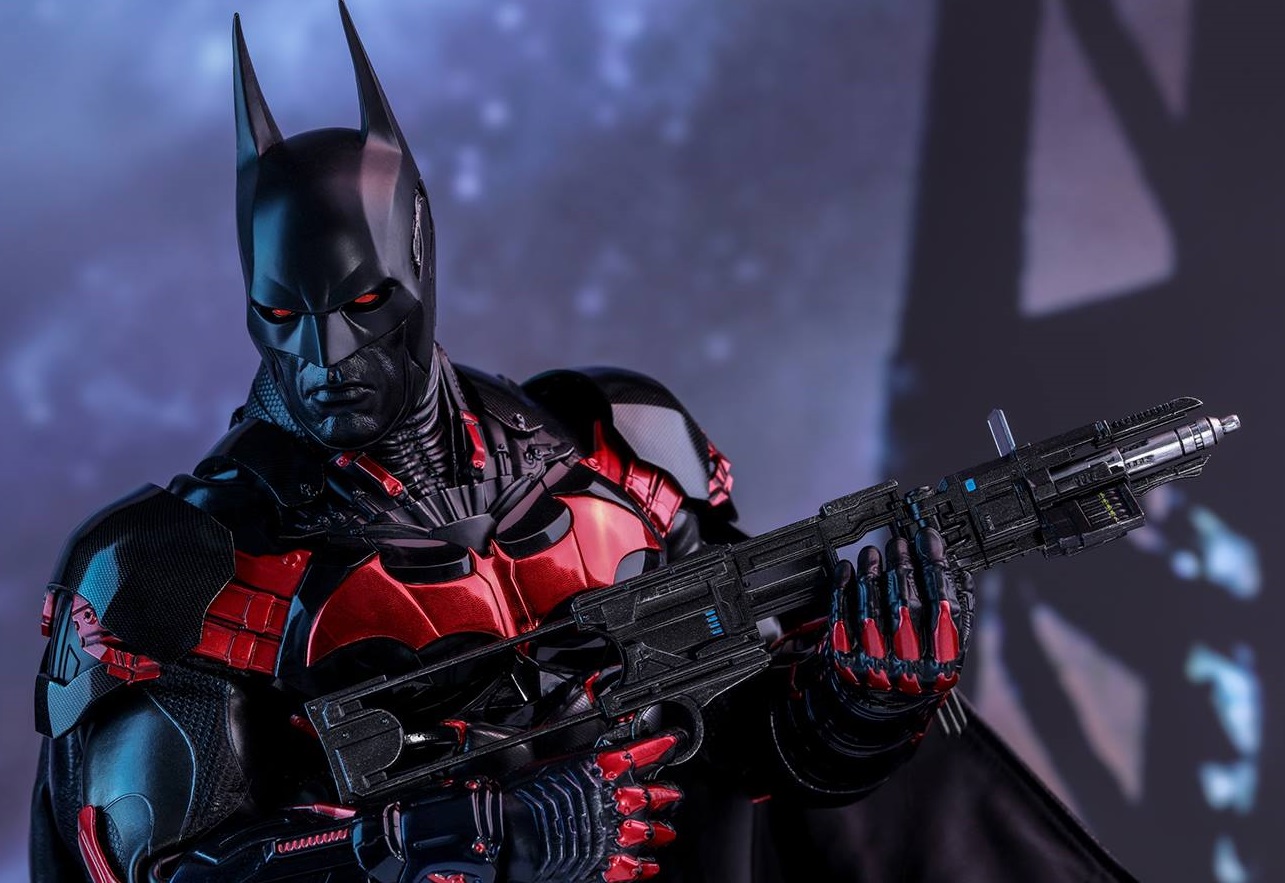 Hot Toys has announced a variant on the design for their upcoming Batman: Arkham Knight 1/6 Scale Figure. The repainted figure features colors inspired by the design of the Batman Beyond suit, but Hot Toys emphasizes that it is definitely not the actual Batman Beyond suit.  It is, instead, considered a redesign.

This Hot Toys Exclusive Batman (Futura Knight Version) collectible figure is a rare piece only available in selected markets! Stay tuned with your local distributors to find out how to get this new snazzy Caped Crusader in your collection.