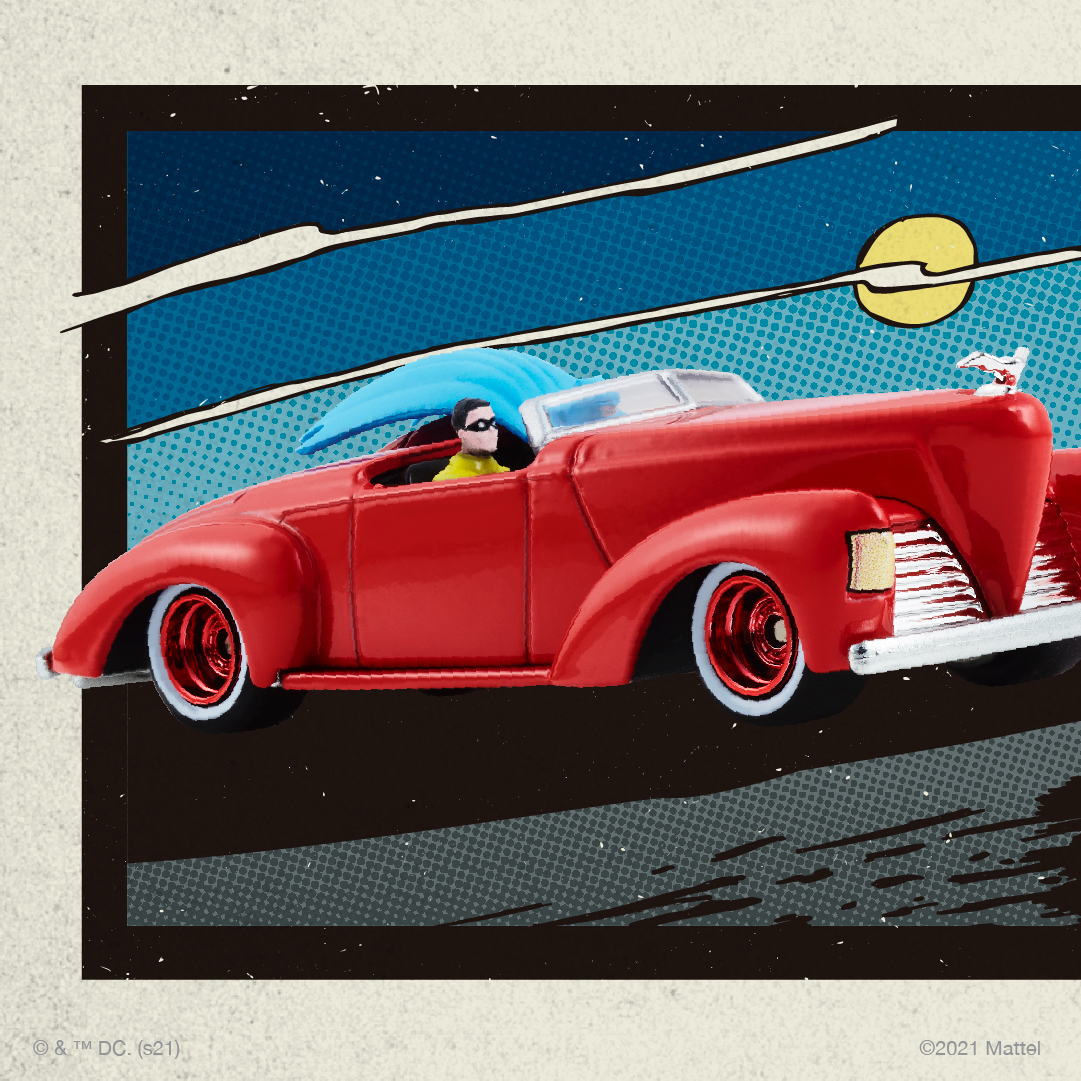 Another exclusive for San Diego Comic Con (SDCC) has popped up, this time from Hot Wheels with a first appearance Batmobile. This new vehicle is based on the appearance when the term “Batmobile” was used in Detective Comics #48. Designed by Bob Kane in 1941, this wasn’t the first vehicle Batman used, but it was the first time that he used a vehicle called the Batmobile. This special release will come packaged in a classic Hot Wheels package along with an outer box showcasing the classic Batman logo from the time period. The Hot Wheels SDCC First Appearance Batmobile will release exclusively through the Mattel Creations shop on July 22 at 9AM PST. It will cost $20 and is expected to ship in 2021, with no specific date given.

The Hot Wheels® Batman™ 1st Appearance Batmobile™ vehicle celebrates the 80th anniversary of the very first comic book appearance of the iconic Super Hero car with a must-have collectible for fans of the Caped Crusader. This awesome replica is a unique sculpt of the first official Batmobile™ and comes in special-edition, retro packaging that enhances its collectability. Fans of the Batman™ and Hot Wheels® will love the incredible stylings that honor the original vehicle and pay homage to the Batman™ tradition. Colors and decorations may vary.