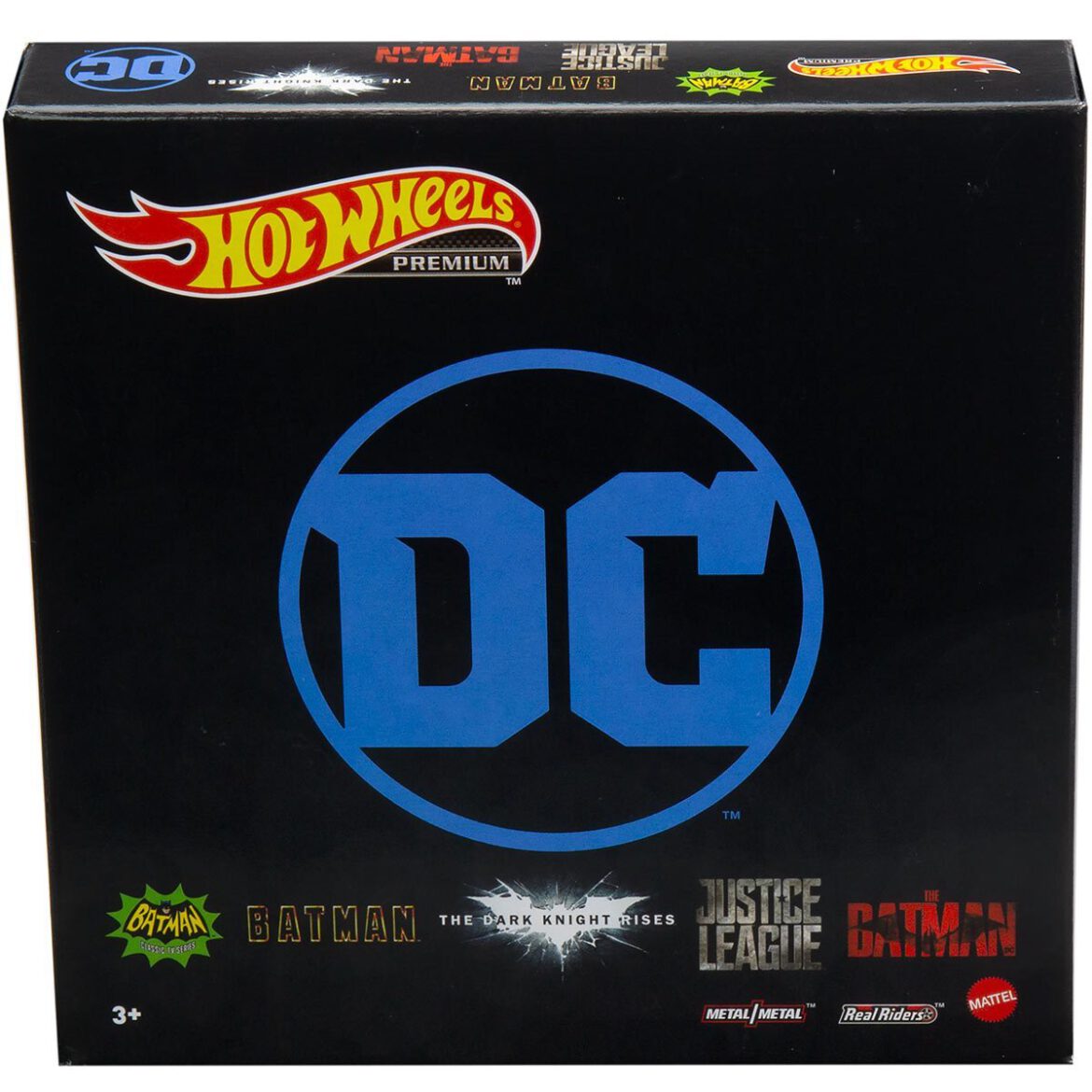 Hot Wheels has released details for two new Batmobile packs featuring a variety of vehicles from media including The Batman. We have already seen the Batmobile from The Batman, but these new Hot Wheels Batmobiles packs include multiple vehicles alongside the new Batmobile.

The first pack features five vehicles including the 1960’s TV series Batmobile, the Batman (1989) Batmobile, the Bat from The Dark Knight Rises, the Batmobile from Justice League (2017), and the Batmobile from The Batman. All of the vehicles are in a 1:64 scale and these are the more premium versions of the vehicles, rather than the standard cars. This pack costs $37.99 and is expected to ship in February 2022. You can preorder it now at Entertainment Earth.