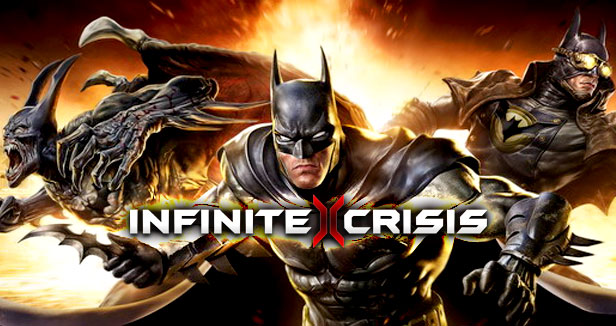 Warner Bros. has announced that Inifinite Crisis the multiplayer online battle arena game is now available for fans via Steam. The game has gotten a lot of attention over the past year due to the massive online beta that brought in fans from around the world. Now if you weren’t able to get in on the beta version, the full versions is available to you.

The Infinite Crisis Steam bundles offer players a choice of two different packages which include access to their favorite Champions and a Steam exclusive Golden Superman costume. Starting today, the following Infinite Crisis bundles are available for purchase exclusively on Steam at a special discounted price for a limited time:

WB describes Infinite Crisis as delivering a heart-pounding competitive player vs. player battle experience set in DC Comics’ legendary Multiverse.  Featuring the deepest roster of DC heroes and villains ever assembled, Infinite Crisis puts players in control of twisted incarnations of their favorite characters from throughout the Multiverse such as the bloodthirsty vampire, Nightmare Batman, and the skilled assassin from Earth-19, Gaslight Catwoman, playing in league with such well-known characters such as Green Lantern and The Flash.

DC All Access also jumped in for the announcement with the release of a new video featuring some tips behind playing the game. At the end of the video is the launch trailer as well.

Infinite Crisis is available today via Steam and for more information, check out the official site, http://www.infinitecrisis.com.