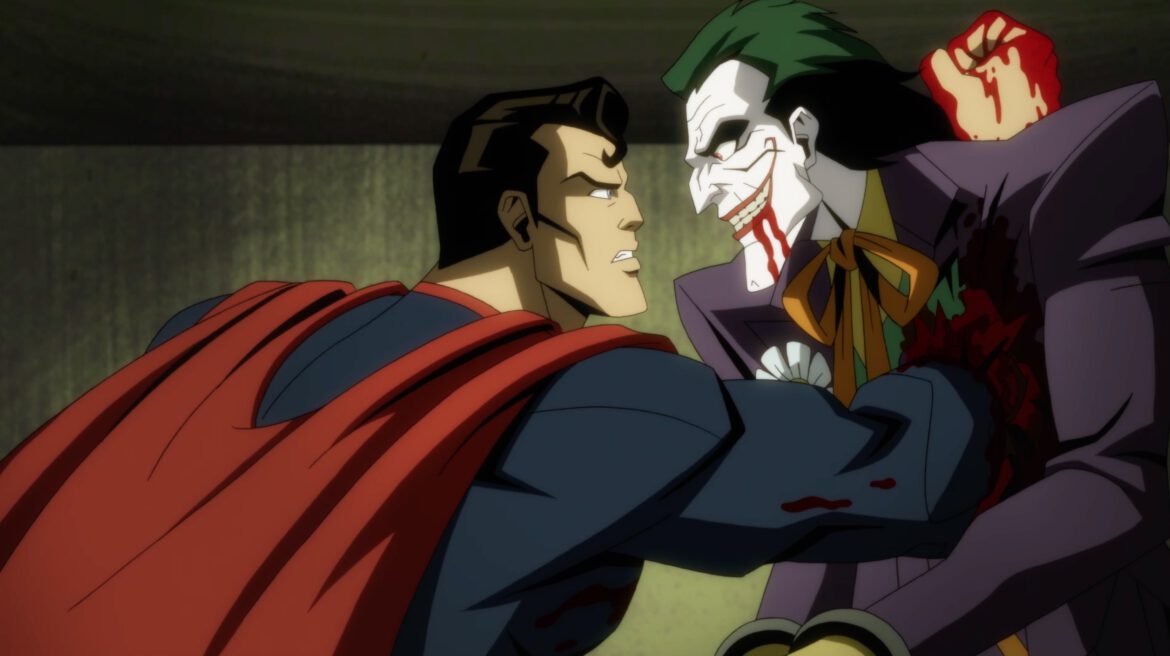 Earlier this month, Warner Bros. officially announced the release date for the new Injustice animated film. At the time there was a trailer released alongside details for the upcoming film. Now a new red band trailer has been released for Injustice. Word of caution, the film is R-rated and the trailer leans into that. Viewer discretion is advised.

Inspired by Injustice: Gods Among Us, NetherRealm Studios’ popular video game, and the best-selling DC graphic novel based on the video game, Injustice: Gods Among Us: Year One by Tom Taylor, the animated film Injustice finds an alternate world gone mad – where The Joker has duped Superman into killing Lois Lane, sending the Man of Steel on a deadly rampage. Unhinged, Superman decides to take control of the Earth for humanity’s own good. Determined to stop him, Batman creates a team of like-minded, freedom-fighting heroes. But when Super Heroes go to war, can the world survive?

Injustice will also have a sneak peek at DC FanDome on October 16. The film arrives on 4K Ultra HD, Blu-ray, and digitally on October 19. You can preorder Injustice on Amazon now and enjoy the red band trailer again until the film releases.