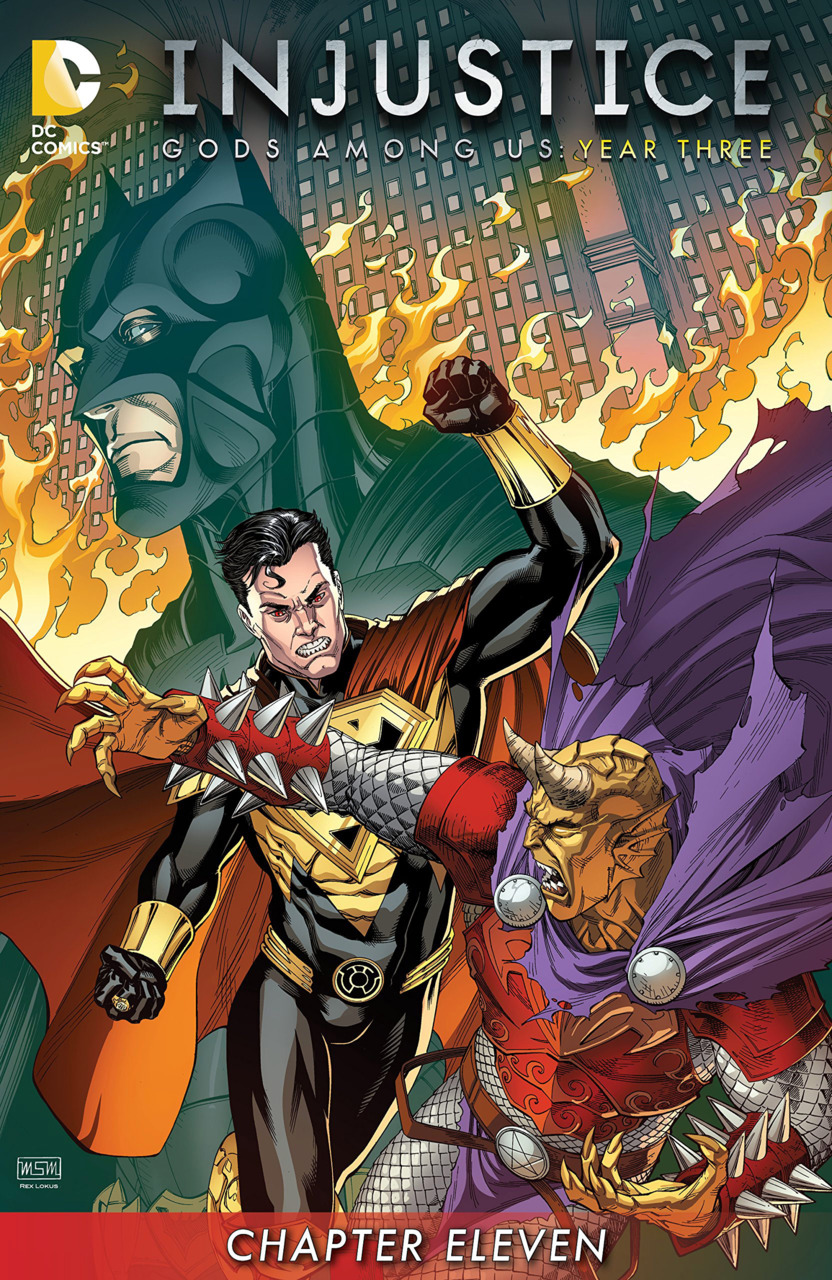 I will be the first to say that I have thoroughly enjoyed what Tom Taylor has been doing with the Injustice series up to this point. However, this week’s entry in the series felt crowded and lacked any real sense of direction. A host of characters were underutilized with many characters serving only as placeholders in various panels. The combination of these elements resulted in this chapter feeling as though it hardly moved the story forward.

The story this week explores the increasing plight that the heroes of earth are currently facing. The dialogue is scattered with many of the characters around the table never uttering more than a couple of words. With such a robust roster of characters to write for, Tom Taylor needs to ensure that each bit of dialogue is deliberately chosen in order to move the story forward. When characters are speaking just for the sake of speaking it feels shallow and unnecessary. However, this entry in the series did have some redeeming qualities. The art was gorgeous across the board. Furthermore, the interaction between Spectre and Phantom Stranger is easily the high point of the issue.

The powerful color contrast between these two characters is refreshing and lends a great deal of mysticism to their conversation. This series is full of magical characters and it is wonderful to see the series artists capturing this essence in such a wonderful manner. Although his writing has been lacking for certain characters, Tom Taylor has done a great job masking the true intentions of Spectre. Just as Deadman was able to deduce that there was something wrong with Spectre, Phantom Stranger quickly realizes that things are not what they appear to be. This conversation quickly ends with the fate of Phantom Stranger hanging in the balance. Taylor is known for his cliffhangers so this should come as no surprise to any reader. However, the biggest surprise comes at the end of the issue with the introduction of yet another lesser-known DC character. I will not spoil the ending here, however, fans of the DC Universe will not be disappointed at the inclusion of this character.

Every great story is bound to hit a couple of bumps in the road. Injustice is not immune to this phenomenon. Tom Taylor has a great track record writing Injustice and I am confident that he will continue to tell a compelling story as the series moves forward.