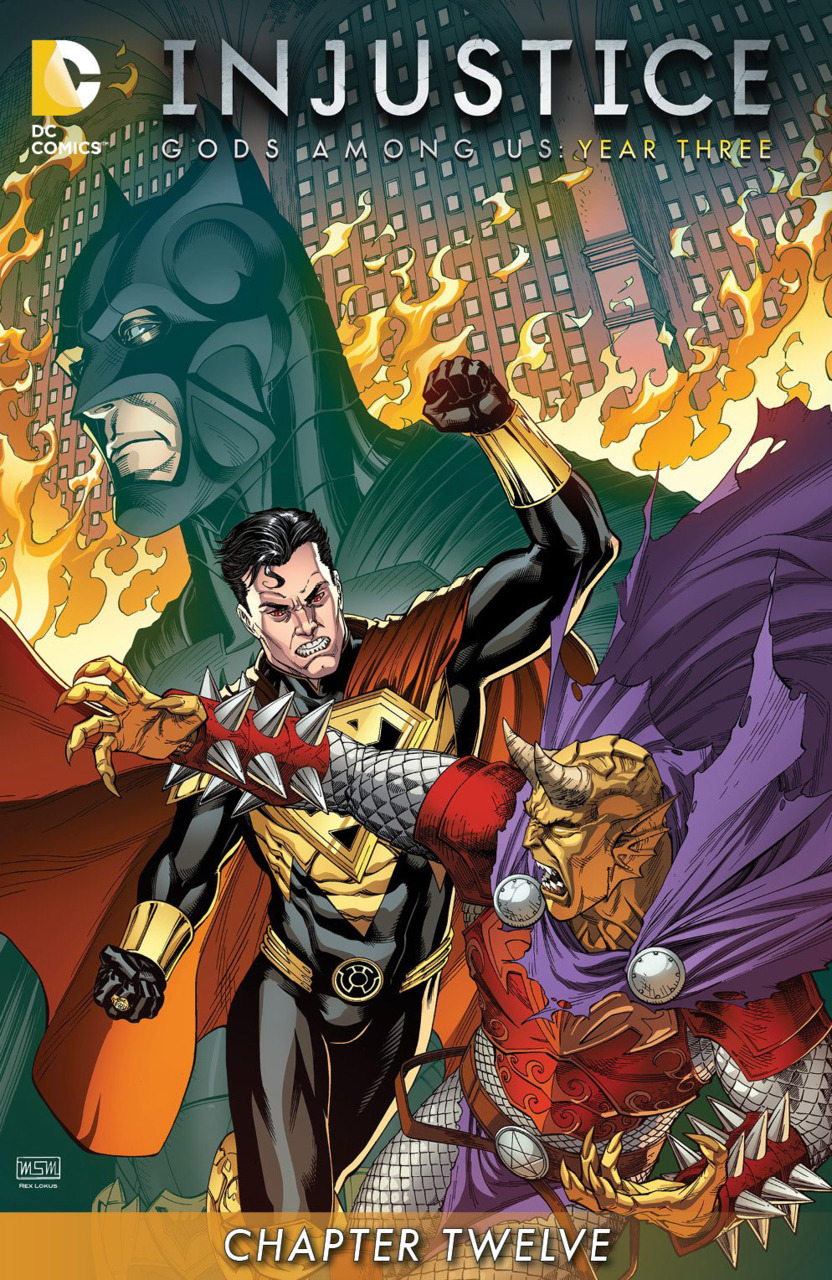 Just when you think Injustice is getting soft, it punches you in the gut with a force reserved for the likes of Scott Snyder. That being said, this week’s entry into the Injustice mythos was top notch on every level. Tom Taylor continues to tell a story robust with depth and breadth. In conjunction with this impressive storytelling, Rex Lokus’ color work brings an amazing sense of magic and intensity to each page.

Last week was a soft spot for the Injustice series. However, Taylor pulls all of the punches this week and delivers an amazing issue into the series. I will be the first to tell you that I love seeing DC’s superheroes pitted against each other. In this instance Taylor delivers a confrontation that is reminiscent of Frank Miller’s work in the mid 1980’s.

The issue opens with Etrigan battling Superman. I really enjoyed seeing these two characters being pitted against one another. The battle between Earth and Hell is rarely captured in such a believable manner. It is rare for comics to capture this dichotomy in such a remarkable way. Personally, I thoroughly enjoyed the manner in which Etrigan exposed his language with a rhythmic prose.

The biggest reveal this week was that Batman was hiding under the guise of Etrigan. There is nothing I enjoy more than seeing Batman and Superman standing face-to-face on opposite sides of a squabble. Seeing the two greatest heroes from two very different cities is the hope of comic book fans across the globe. In this instance, as in many, we see Batman standing victorious against the man of steel. The issue closes on this note, however, based on the writing of Taylor thus far, I am sure it will not be the last meeting of these two powerhouses.

Injustice is a series rich with characters from every corner of the DC universe. Although many of these characters have seemed trivial at times, Taylor finds a way in which to weave them into the fabric of this story. I am thrilled to see Taylor taking this series in fun and exciting directions. Time will tell if this series has longevity but I am confident that it is the right direction.