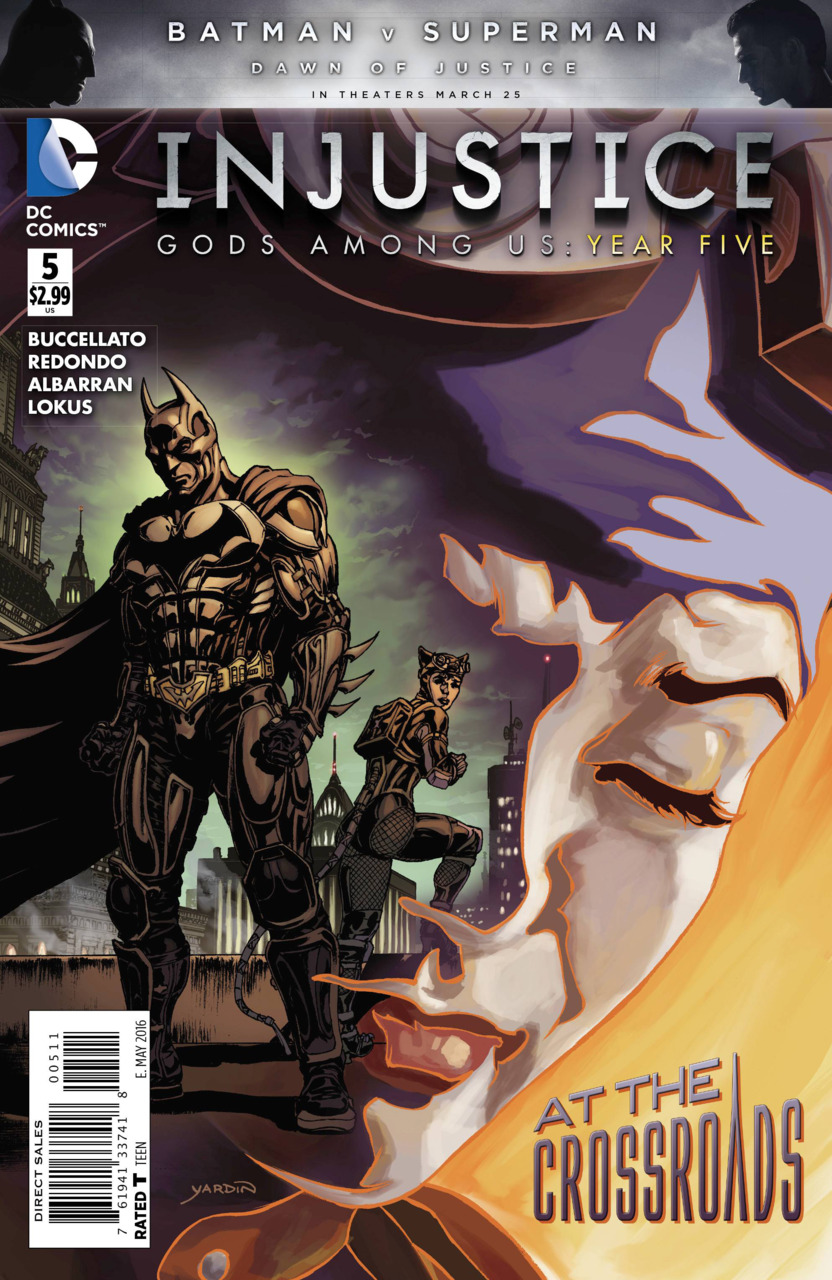 Synopsis: During a ceremony in Smallville honoring Clark as Superman, the Rogues execute a number of attacks on multiple bases of the Regime. With the help of Mirror Master, they are able to escape each site and evacuate any civilians nearby or within the Regime outposts. The League members within the Regime try to launch a plan to neutralize these attacks but the Rogues are able to attack multiple sites within a very short amount of time.

Adding to the problem of locating these insurgents, Superman is alerted to the fact that there has been a contamination problem with the green pills and that Lex has had to stop production. Superman expresses his anger of this setback to which Flash also gives his opinion on the recruiting of villains into the Regime. Superman does not seem to care and orders the two to continue building what looks to be a maximum security prison.

In Central City, the Trickster is tracking the rest of the Rogues and finds that they are in the city. As the team is taking down another Regime base, Bizarro comes crashing in and plans on “saving” the day from these supposed terrorist attacks he has been seeing on national television.

Chapter 10 picks up right after the last issue with Bizarro confronting the Rogues. Trickster has been feeling left out lately and has been tracking the Rogues. He sees a blue blur and concludes its Superman. Upon arrival, however, he finds his former team battling Bizarro. None of the Rogues know who this new player is but realize that he is just as powerful as Superman. With Mirror Master unconscious, the Rogues try to hold off Bizarro for as long as possible until Waverider can figure out a way to transport them out of the Regime recruiting office.

Meanwhile, Batgirl radios Batman informing him of the Rogues’ situation. Batman ultimately decides that it is too late to mount a rescue or send backup with Superman on his way to the fight.

Back in the fight, the Rogues are still trying to figure out how to operate Mirror Master’s tech to get them out of there. Everything gets much worse when Weather Wizard calls Bizarro “fake Superman”. In a fit of rage, Bizarro unleashes a massive energy blast from his eyes and kills both Heat Wave and Weather Wizard. Trickster can’t believe what he just saw and, while Bizarro speaks with him, Wave Rider manages to escape with Mirror Master. Bizarro decides that, since Trickster called him “Superman”, he is now his friend and flies away with him.

The real Superman arrives to find only the two dead bodies and requests for a full investigation to know what happened there.

Back at the Insurgency’s headquarters, the team tries to understand what just happened. Catwoman ultimately tells Batman that she is leaving and tells him that she is done with his lost cause.

Review: These last two issues had a few good moments and plenty of action but, ultimately, fell a little flat with me. I do like the seeds of dissension growing within the Regime. Flash always has had doubts about Superman’s plans so it’s nice to see that still being carried forward in the story. Adding to that was the first real appearance of Bizarro to the Insurgency and Regime. He will definitely be a force to reckon with and has that unpredictability which does make him a fun character to watch.

The negatives with this issue revolve around the actions of Batman and his insurgency. I understand that the situation of the heroes is more dire than normal so tough decisions have to be made. That being said, I just have a hard time believing that Batman would simply abandon the Rogues just because Superman was on his way. Just two issues ago or so, Batman was going toe to toe with Superman. Now I understand that his green pill supply may have been low but he would risk it for his fellow soldiers.

Another negative actually confused me more than anything. I was under the impression that Catwoman had already left Batman after they rescued her from Bane. It really felt like they just recreated that exact scene but now with a few deaths in the group to make the point of him losing this fight more impactful.

Despite some solid action scene with Bizarro battling the Rogues, these chapters were good, but not great. They still have me excited to see Bizarro’s role in this story get more fleshed out now that he has stepped out into the light so to speak.