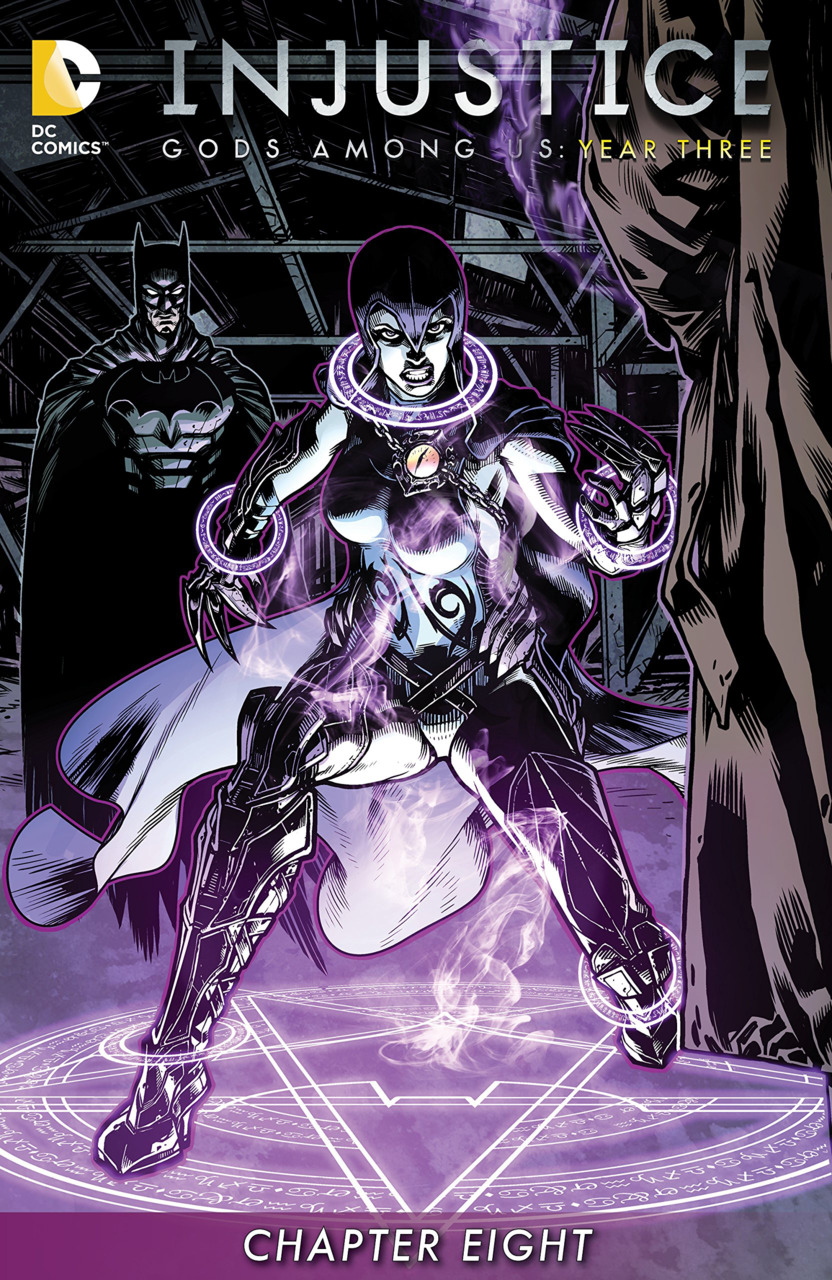 Injustice: Gods Among Us does a lot of things right. Specifically, Tom Taylor is able to utilize small characters to have a very large impact. Furthermore, the character realizations by Mike Miller and J. Nanjan are some of the best interpretations in the DCU to date. With the exception of Constantine, every character in this issue is beautifully rendered, conveying a wide range of emotion and passion.

In the opening panel of this chapter we are introduced to one of Constantine’s allies, Ragman. Visually, Ragman bears a striking resemblance to Mumm-Ra of Thundercats fame. We quickly learn that it was Ragman who was responsible for Superman’s binding at the culmination of chapter seven. Ragman plans to use Superman’s restraints to steal his soul and house it with the hundreds of other souls lying dormant in his ragged clothing.

Constantine’s dialogue is a bit weak at this point and is riddled with clichés that would be a better fit for a primetime cop drama. Although this type of speech does work effectively in many comic book series, it feels exceptionally out of place in light of the current situation. A more serious tone would have served the scene better, as they were trying to hold one of the most powerful beings in the universe captive.

Meanwhile in the Hall Of Justice, Spectre is frantically looking for a manner in which to locate the Man of Steel. After a difficult struggle, Superman is able to reach his in-ear communicator and solicit the assistance of Shazam.

I enjoyed seeing Superman in a place of weakness. Too often we see Superman as an indestructible demigod. Taylor does a fantastic job of conveying the message that even Krypton’s son is not without his limitations.

The bright colors of Shazam provide a beautiful artistic contrast when placed in the same panels as the cool tones of Gotham. This contrast further solidifies the great divide that is currently taking place in the Injustice mythos. With the situation firmly under control, Shazam is stunned as Spectre and members of the Lantern Corps descend upon the scene through the freshly removed church steeple.

Shazam becomes conflicted as Spectre implies that he intends to kill the Ragman for his part in Superman’s imprisonment. Pleading with Constantine to reason with Spectre on behalf of his life, Ragman’s efforts are in vain as he presumably falls at the hand of Spectre. This action demonstrates the strong allegiance that Spectre has to Superman and the end game goals. Furthermore, is validates Spectre’s commitment to mission accomplishment, regardless of who is standing the way.

Although troubled with some dialogue issues, this week’s chapter in the Injustice narrative was effective in bringing the war down to the streets of Gotham. I am interested to see what Taylor plans to do with Superman now that he is free of his supernatural shackles and standing face-to-face with John Constantine. Don’t miss out on this issue, as I am sure there are many great things to come in this series.