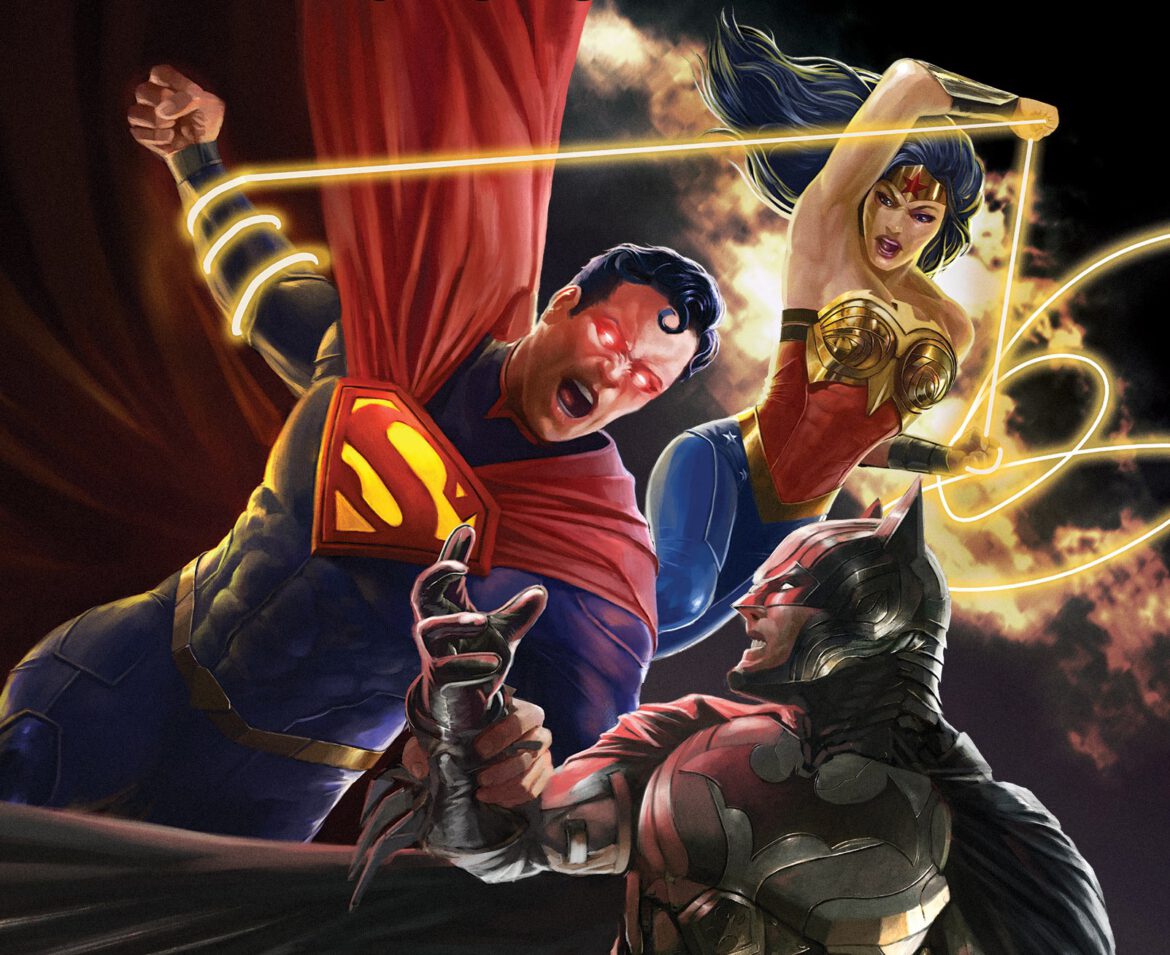 The widely popular video game and multiple comic series are being adapted into a new DC animated movie coming next month as fans will be able to enjoy Injustice. The latest DC animated movie is inspired by Injustice: Gods Among Us from NetherRealm Studios as well as Tom Taylor’s Injustice: Gods Among Us: Year One. Here are the official details for the film.

Inspired by Injustice: Gods Among Us, NetherRealm Studios’ popular video game, and the best-selling DC graphic novel based on the video game, Injustice: Gods Among Us: Year One by Tom Taylor, the animated film Injustice finds an alternate world gone mad – where The Joker has duped Superman into killing Lois Lane, sending the Man of Steel on a deadly rampage. Unhinged, Superman decides to take control of the Earth for humanity’s own good. Determined to stop him, Batman creates a team of like-minded, freedom-fighting heroes. But when Super Heroes go to war, can the world survive?

The film is set to release on 4K Ultra HD Blu-ray Combo Pack, Blu-ray, and digitally on October 19. The film will have a special panel at DC FanDome which takes place on October 16, days before the film’s release. You can preorder the film now by heading over to Amazon. Check out the trailer above and let us know what you think.