Inside Batman #004: The True Secret Identity of the Designer 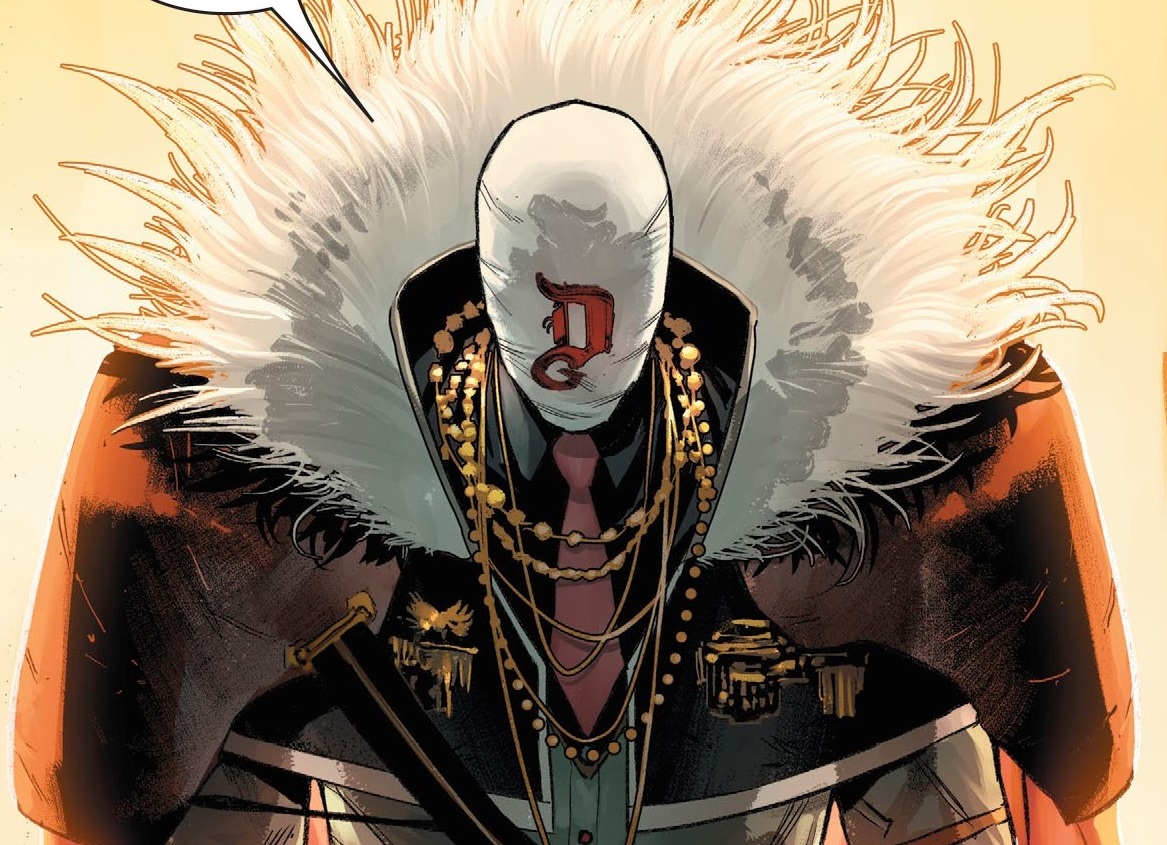 1) I had been told a few times at this point that the death wouldn’t happen (and after the Joker movie made a billion dollars I stopped asking), but I thought you could make a wide appeal Joker book without The Joker in it.

A book ABOUT the Joker, rather than a book STARRING The Joker.

In the style of the manga DEATH NOTE, and the Brubaker/Phillips comic KILL OR BE KILLED, I want to do a DARK horror comic that explores the frightening radicalization of young men in our society. The willingness people with so much to lose still have to throw everything away.

The book is meant to ask the question: Is evil created or is it innate?

Thoughts: Dated September 2019. Not just the seeds of Punchline, but also Clownhunter, Cullen Row’s plotline in the Joker backups, possibly even Ghost-Maker, as well as the Joker series. Set in real-life New York City, not Gotham. Name – Chase Kerry – a nod to the Joe Kerr that is sometimes used? The actual pitch, of Chase developing a split personality, is a bit generic or “seen before” at this point – we have Rose in Priest’s Deathstroke having a very similar effect caused by a Hmong spirit trapped in her sword, not to mention the classic Batman: The Animated Series Two-Face origin, and there are even eerie similarities between this series and the dreadful finale to Cecil Castellucci’s Batgirl run, with James Jr. developing blackout episodes and a second murderous personality out of nowhere (though Tynion did end up adding some Joker motivation to that in his ongoing Joker title, the seeds of which are clearly in this pitch). Even the name Tynion picked, “Smiler”, is too much like the villain seen in the last half of the We Are Robin series from DC You.

2) Basically, I wanted to establish that the thing that made NYC different from the other big east coast cities in the DCU was that it enacted very strict anti-vigilante laws in the 90s. There were some underground heroes that I thought up based on their respective communities, but the city would only have one sanctioned hero… A corporate stooge that basically only protected Wall Street, despite him coming from a Brooklyn Irish background (like my family). I called him Protector One. (This idea would keep gestating over the next year until he became Peacekeeper-01).

Thoughts: The exploration of a city other than Gotham for a Joker title is really interesting, as well as the Watchmen/Incredibles style “hook” Tynion created for the story. We also see how Tynion likes to incorporate a lot of his own background and personality and experience into his characters, especially his villains (he’s commented that he makes himself the villain in a lot of his books on Twitter).

3) When it was announced that I was stepping onto Batman, it was also announced that Batman/Catwoman would be running as a monthly Black Label series over the course of the year, alongside the in-continuity Batman book. But as time went on, it became clear that the book would not be ready to launch at the top of the year. Which meant that for the first few months of the 2020, DC Comics the publisher was one Batman book shy of their budget projections. The decision was made that Batman would continue to ship twice monthly in 2020. There was a chance that it would still revert to monthly for the second half of the year, but this move meant that I needed to give up the title that was my favorite to write, month in and month out – Justice League Dark…I was heartbroken to leave it, but when the Bat Signal goes up, you have to answer it.

Thoughts: We have here the reason that Batman stayed twice a month despite promises from DC that it would drop to monthly, as well as the clear sign that Tynion loves Batman and Gotham a whole heck of a lot. Tynion gives a LOT of commentary on the desperate scheduling attempts he made to keep a single artist per arc, and how that completely failed as a result of a lot of factors not his fault. We hear that Guillem March was brought in early in this process, but Jimenez is not mentioned at all, likely a result of him being a very last-minute addition to the huge list of artists for Tynion’s first arc.

Thoughts: Again dated September 2019 – this was cutting it REALLY close to the wire in terms of release schedule and getting art done, even with one issue in the can. Tynion structured it out with several one-shots and preludes, allowing him more flexibility with his artists, though he still had the hope of one artist per arc (which would ultimately be completely frustrated, though I love all of the artists he got to work with him). All throughout this story we see the seeds that were sewn differently in Their Dark Designs and Joker War, though some of the big pieces like Punchline, Clownhunter, and Ghost-Maker weren’t quite visible yet – for a very good reason.

5) The truth, of course, was much simpler. THE DESIGNER was Batman. He brought them out to get each of them to talk through all their resources and contacts so he could counter any and all of their plans should they arise.

Thoughts: The Designer is perhaps the weakest part of Tynion’s run, largely because he’s not a big enough character to stand up to the Joker, Riddler, Penguin, Deathstroke, and even Cheshire, in a ten-issue story that kept changing around him, as Tynion now reveals. But he’s essential, even though the original pitch is basically “more scary Matches Malone,” to seeing that Tynion was really, really frustrated and stressed by all the changes out of his control, and the chance to really lean into manga and horror influences in creating his own character unleashed his passion for the project which was perhaps being stifled by being told “no” by DC over and over again.

Next week, Tynion promises to reveal what November and December 2019 were like for him – writing two months of Batman in two weeks, plus other comics!

Bill Willingham’s latest newsletter revealed the genesis behind his hotly anticipated Batman and Fables crossover, Batman vs. Bigby! A Wolf in Gotham (first issue out later this month). In addition to the running gag of everyone involved in the story (Mark Doyle, Shelly Bond, Karen Berger, Dan Didio) being fired from DC now (showcasing Willingham’s wry and often darkly humorous wit), we discover that Didio’s handshake was good as money in the bank. Willingham pitched this very idea back in 2001, but he was shot down over and over again, until he forced the issue by including it (and another, unnamed comic) with the Fables 20th Anniversary 12-issue maxiseries as a package deal. Some of our esteemed readers (including our beloved founder) will be quite sad that Willingham was unable to include Detective Chimp in this crossover. Willingham hopes that people will give his Batman book a chance despite there being a glut of Batman books on the market.

Some really fascinating insights into DC’s inner workings, particularly in relation to the Bat-office, as seen from two brilliant writers on Substack this week!

Editor’s Note: Inside Batman is an article series from TBU intended to bring you the behind-the-scenes scoops from the world of crafting the Batman Universe. If you have any comments, insights, or interesting elements we may have missed, send us an email at tbu@thebatmanuniverse.net with ‘Inside Batman’ in the subject line. You can find all of our past submissions for the Inside Batman series here.