Inside Batman #005: The REAL Reason We Got Joker War! 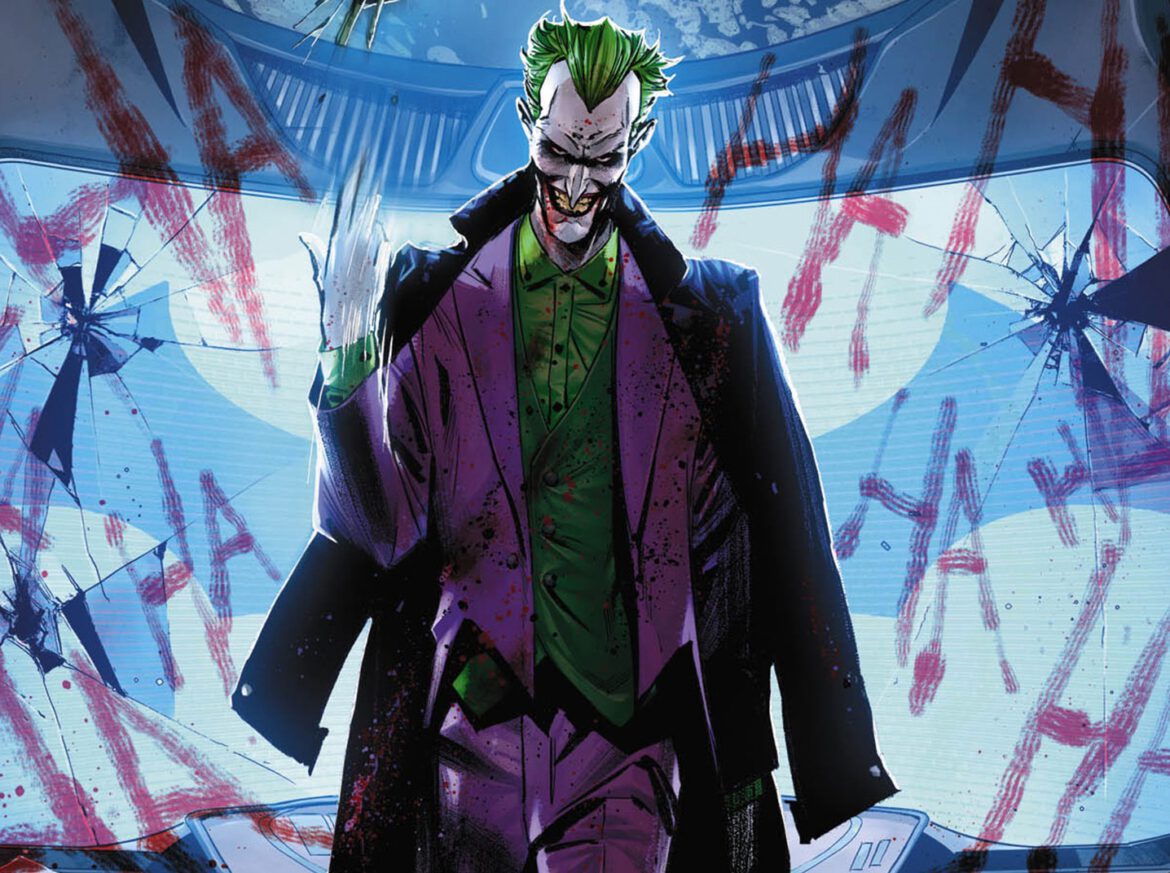 In this week’s edition of Inside Batman, James Tynion takes us through the real reason we got last year’s Joker War arc in his latest “Thinking Bat Thoughts”, as well as Tynion being tapped for writing a funeral for Alfred.

1) …DC wanted us to focus on a special issue that effectively gave us a “Funeral” for Alfred Pennyworth that would serve as a kind of breaking point for the Bat-Family where they could all separate in a more permanent way to be ready for where they needed to be on the other side of the line.

Anyone who knows both Pete and my writing could probably guess that we didn’t particularly want to write a story about the Bat-Family breaking up. We are both big fans of the Bat-Family, and have spent most of the last ten years writing the Bat-Family. We originally pitched a story that would center Julia Pennyworth, with a Mad Hatter case… But that didn’t gain much traction. Both of our goals were to try and answer the request for what the bosses wanted, while maintaining the powerful core relationships between all of the characters. Ultimately, I wrote the framing sequence in the bar, and Pete wrote the side stories featuring all of the Robins’ memories of Alfred.

Thoughts: In addition to giving us the inside look at who was responsible for which elements of the Pennyworth RIP special, this section also demonstrates part of why at least this writer found that particular issue completely unsatisfying. Tynion and Tomasi took the completely logical step of dealing with Alfred’s daughter Julia, in addition to wanting to give it an actual overarching plotline, instead of a collection of vignettes, but instead, editorial mandated a break-up story, and probably also the characters involved as well. It’s very nice to see that Tynion is able to explore some of the consequences with Julia in the Joker series ongoing now (including this week’s release of The Joker #7), but the lack was definitely felt by those of us who read and loved Julia in Batman Eternal.

Thoughts: Fans of Tom King’s Batman run and the Batman/Catwoman relationship rightly noticed that Tynion was trying to walk a fine line with Batman and Catwoman’s relationship in interviews and the early part of his Substack newsletters, and this revelation that DC was mandating that they break up “harshly” gives a strong indication as to why. It does seem pretty much like DC, either for internal or external (fan feedback) reasons, felt they really wanted to distance themselves from King’s run/goals with his run, which is somewhat understandable, but also intensely frustrating for those who did really enjoy that run.

3) There was only one more hurdle to jump with Batman. Word had come down from on high that they wanted to add a Coda to Batman #85 that hinted at what was going to come next, to help drive sales on the series. They wanted to front-load Joker, to start building toward the storyline that would start in Issue #95. I sat down in Ben Abernathy’s office with my laptop and while he was in a meeting, I wrote the coda. Ben read it, and approved it on the spot, and passed it over to Guillem. When I came back into the office the next day, Guillem already had the first page in our hands. And it was GOOD, and it was SCARY. I had written these Joker Gang members into the scene, and it made for such a creepy visual that Ben and I just started talking.

It was in that meeting where Ben said “What if we called the story World War Joker… Or just… Joker War.” And I had this image in my head of all of these Joker Gang members causing mayhem in the streets. And with the doors feeling more open for us to call our own shots, Ben made the suggestion that if we had Jorge do one issue in Their Dark Designs, he might be able to jump ahead and draw ALL of the Joker War story. THAT was incredibly exciting to me.

Thoughts: The true genesis of a lot of the meat of Joker War, as opposed to the Last Joker/Batman story that Tynion had been working towards, appears here. Here we see the genesis of the idea of the Joker gangs, which have happened before, but not in the same kind of organized/modern gang types that Tynion and his collaborators have really created in Gotham’s streets with Punchline, Clownhunter, and the Harley Quinn ongoing series. There’s also a sense of DC experimenting with backups as marketing for future content, something they’ve gone all in today, with the Robin and Batgirls backups leading to ongoing series as we’ve seen in the last six months.

Another vital thing to see about this section is that the planning to use just one artist on a book provides a huge amount of energy and happiness for writers – Tynion’s sense of burnout and frustration with the constant art shifts in his first arc is palpable, and DC would really benefit from knowing that scheduling artists and writers together provides a lot more creative energy and satisfaction – though I’m sure they know it, perhaps the creative staff beheading that Substack delivered last month might serve as a wake-up call to editorial to make that a higher priority. Perhaps actually use some of those inventory issues they have, instead of forcing radical feats like writing three issues of Batman in two weeks.

Jeff Lemire, in his own newsletter, provided some amazing looks at the upcoming artwork for the Robin and Batman miniseries and commented:

This morning I woke up to find all the penciled art from Dustin for Robin & Batman #3 in my inbox! Robin and Batman was a project with a long gestation. I originally pitched it to then DC Black Label/Vertigo editor Mark Doyle as a series I would both write and draw for Black Label, but it never got off the ground and I was always busy with other things. It got shelved and then last year, as Dustin and I were wrapping up Descender/Ascender we had the idea to do a short DC thing before launching into our next creator-owned book. Dustin loves Batman, so I dusted off the pitch to Robin and Batman and we got the greenlight pretty quickly.

It was really great to be able to tell this story. I had it living in my head for a couple of years. I’ve always loved the character of Dick Grayson and wanted to do a deeper dive into his early years. With Robin and Batman a focus of mine was to explore Robin’s dynamic with Batman and how they were learning to work together.

Thoughts: The artwork alone is worth checking out, to see the early stages of the creative process on this very exciting story. Lemire also promised to talk a bit about projects he pitched but never happened – and perhaps why. He says that he’s leaving DC and Marvel for a while, (at least the “foreseeable future”), largely because the departure of Dan Didio and the constant changes and uncertainty at DC means he doesn’t want to deal with that in order to make a living. He also explicitly mentions “Robins” as a project he was attached to – meaning that perhaps the pitches that we know Tim Seeley has mentioned several times since the Round Robin contest winner was announced were a bit more substantial than we originally thought. Or that there was more than one creative team pitching a “Robins” book. Either way – a fascinating tidbit!

Finally, Chuck Dixon’s weekly Q&A on Youtube features a lengthy meditation on The Killing Joke, indicating that Denny O’Neil, as well as a lot of other creative forces at DC in the 90s, was not a fan of The Killing Joke as a story and that Brian Bolland almost walked off of the project to do some European graphic albums.

The lead-up to the beginning of Tynion’s run on Batman was clearly a hugely stressful time – I am really, really interested to see if it gets better or worse if/when Tynion gets to the March era when Didio is fired, and you start to see him be able to really do what he wants.

Editor’s Note: Inside Batman is an article series from TBU intended to bring you the behind-the-scenes scoops from the world of crafting the Batman Universe. If you have any comments, insights, or interesting elements we may have missed, send us an email at tbu@thebatmanuniverse.net with ‘Inside Batman’ in the subject line. You can find all of our past submissions for the Inside Batman series here.