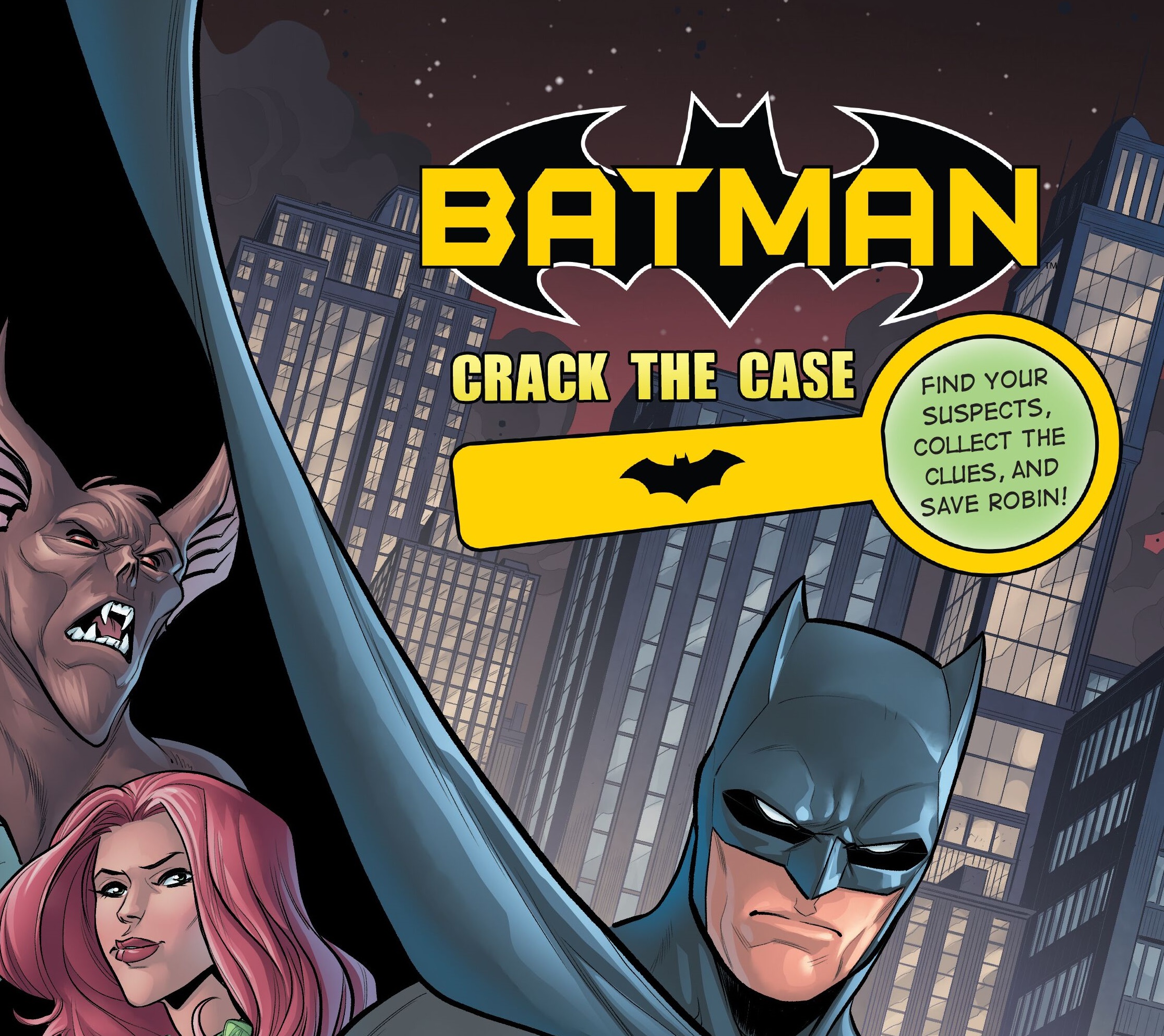 Insight Editions has revealed details for their upcoming interactive storybook, Batman: Crack the Case. Written by Derek Fridolfs, the book features Batman and the Rogues of Gotham in an interactive mystery recruiting the reader as the solver with hidden clues throughout the book and features a glow-in-the-dark cover. It is priced at $24.99 and is expected to release on April 7, 2020. You can preorder a copy of the book over on Amazon.

Only you can help Batman™ solve a mystery and be the hero Gotham needs in this interactive story!

In Batman’s crime-fighting career, there are very few cases he can’t solve. But when he needs help, he has one hero to rely on…you!

Robin has disappeared, and Batman needs help finding him. Now, it’s up to you to step into the role of “The Solver,” Batman’s trusted helper in times of need. Together, you will use the resources of the Batcave, the catalog of files on the Batcomputer, and your sources in Gotham City to help solve the case of Robin’s mysterious disappearance. Filled with interactive elements like removable crime scene photos, puzzles, and more, this book also acts as a fact-filled guide to the mysteries of Gotham City. Kids can examine clues, gather evidence, and confront suspects alongside the Caped Crusader in order to bring the right villain to justice!