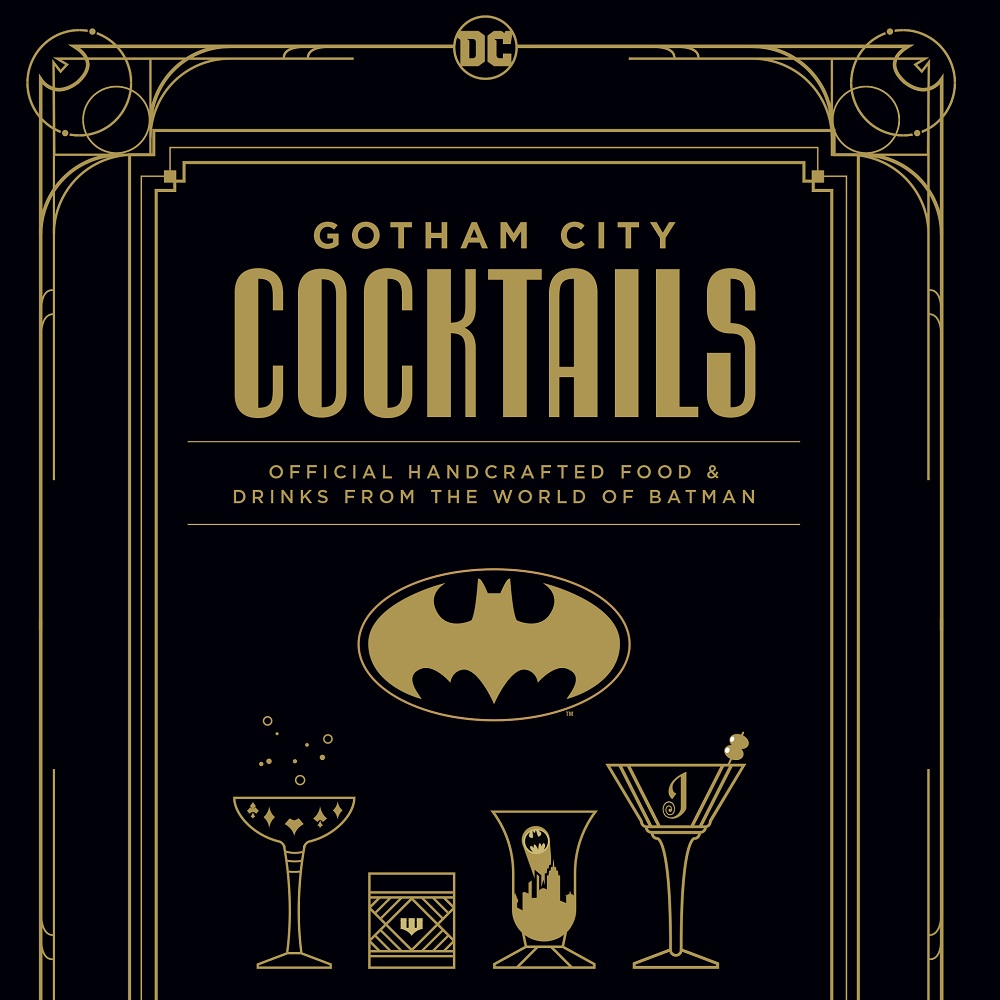 Insight Editions are back with another brand new title. After releasing Exploring Gotham City this week, they now have another title featuring the Batman Universe. The new title promises to be even more unique as it incorporates a guide into a way to be interactive with the Batman Universe. Gotham City Cocktails is a new title featuring creative recipes or not just cocktails but other items as well.

This new title features a collection of food and drink recipes based on the iconic superheroes, villains, hideouts, neighborhoods, and more that make up Gotham City. The book will contain seventy recipes including drinks inspired by Joker, Poison Ivy, Batman, and more.

The creator of the book, André Darlington, is a renowned beverage columnist and restaurant critic who was approached by Insight Editions. He described the book as something that would be a realistic book or something that someone in Gotham City would find in a bookstore. He wanted the drinks to be able to be made with real options without making it all about the theming. He even came up with non-alcoholic or low-proof drinks to work for someone like Bruce Wayne who doesn’t drink. André focused on basing his creations around the versions of the characters that appeared in the comics. There are a lot of classic drinks that are hidden amongst the recipes with slight twists to make them feel like they’re something from Gotham City.

Finally, the food recipes take inspiration from the comics as well, with André mentioning one of his favorite moments in comics is Barbara making lemon chicken from Commissioner Gordon while playing Rachmaninov.

The new title release in just over two months, as it hits retailers on May 18. Insight Editions has also provided three of the recipes from the book, which can be found in the gallery above. You can preorder Gotham City Cocktails by heading over to Amazon.

New Book Focusing on BTAS and the Phantom...