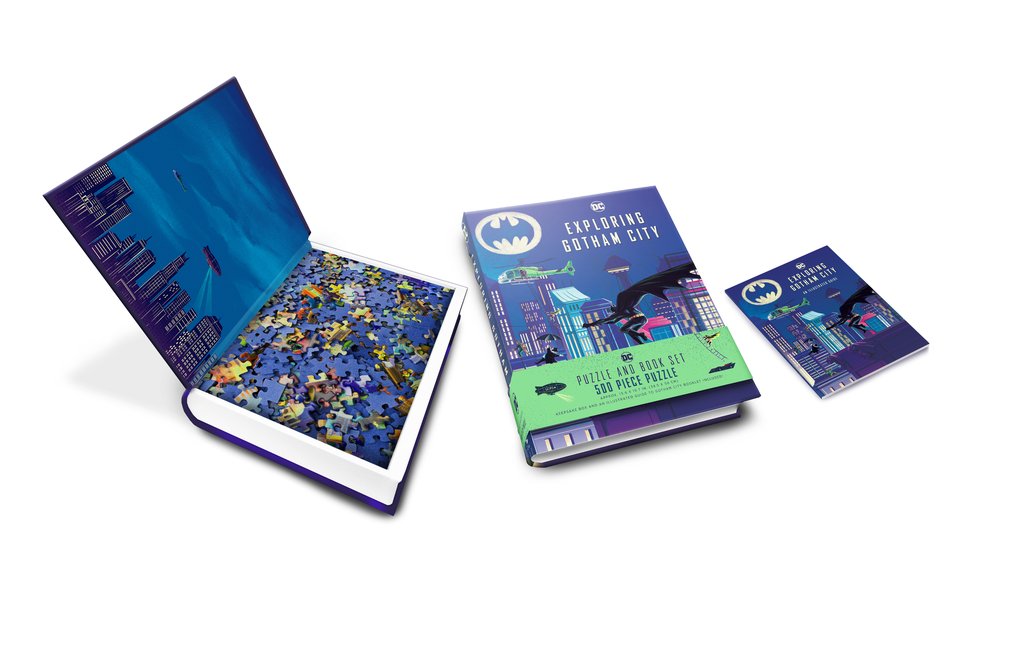 Earlier this year, Insight Editions released Exploring Gotham City. Now there is a brand new set featuring the Exploring Gotham City book paired with an exclusive puzzle. The new set includes a condensed version of the original book, along with a five-hundred-piece puzzle featuring the cover of the book. We previously reviewed the book that the new thirty-two-page guidebook is based on earlier this year and it is worth the cost alone, but now fans can have an added activity if they are interested in picking up the title. It is priced at $22.99 and is expected to ship between November 2021 and January 2022. You can preorder the set at either Amazon or Sideshow Collectibles.

Designed like a classic hardcover book, this keepsake box with magnetic closures contains a 500-piece puzzle featuring a colorful illustration of Batman and Robin leaping into action to defend Gotham City. Build the puzzle and use the deluxe collectible box, again and again, to hide Batarangs, keep the keys to Arkham Asylum, or store your wallet and keys. This box set also contains a 32-page guidebook to Gotham City that gives fans an illustrated tour of locations like Wayne Manor, the Iceberg Lounge, Crime Alley, and many more locations from the Batman comics.

500-PIECE PUZZLE: This officially licensed puzzle depicting Batman and Robin will delight fans and puzzlers of all ages.

STURDY KEEPSAKE BOX: Use the magical keepsake box with magnetic clasps as a unique storage box.

New Book Focusing on BTAS and the Phantom...