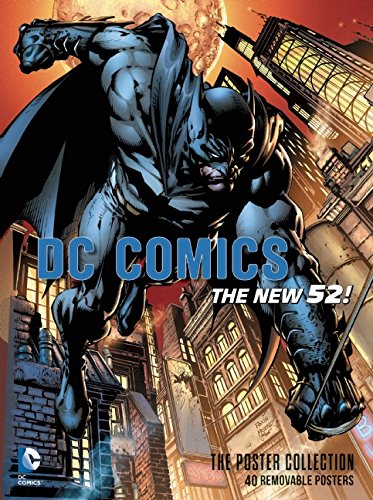 Insight Editions has released a new title that features a number of art from the pages of The New 52. With the label having already ending with the release of the comics in April, June brings a new era to DC Comics. This new book showcases some of the amazing work that we have previously seen over the past four years.

Since its launch in late 2011, DC Comics: The New 52 has delivered some of the most visually thrilling and creatively innovative comic book art in recent history. Featuring cover art from fan-favorites like Scott Snyder’s Batman, Brian Azzarello’s Wonder Woman, and Geoff Johns’ Justice League, this high-quality poster book presents forty iconic covers from the most popular comics in the New 52. Rendered in a large-format size with vivid color and the highest possible print standards, DC Comics – The New 52: The Poster Collection brings this incredible cover art to life like never before.