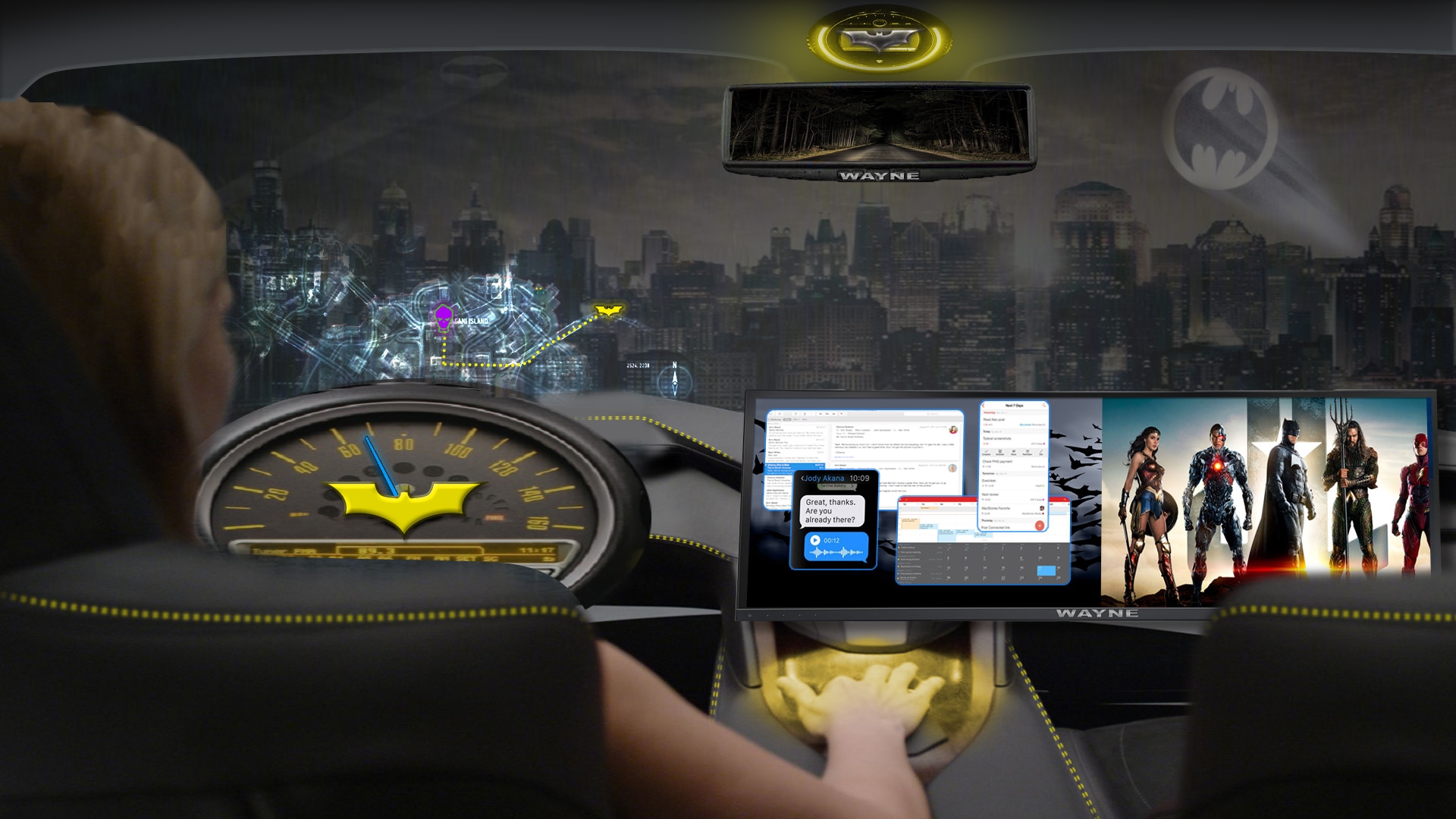 Let’s face it. When Batman is riding around the Batmobile, he’s probably spending more time scrolling through whatever the DC Universe’s version of Instagram is rather than having his hands on the wheel. It’s the Batmobile after all, it’ll probably just drive itself. We’re probably a few years away from self-driving cars in the real world, but Intel and Warner Bros. announced a new partnership today to create experiences for the passengers of these cars to enjoy on the way to their destination.

In a new article over at Intel, the company paints a picture of what “driving” may be like in the future. The concept is this, if the car is no longer in need of a driver, that time previously focused on the road now is now replaced by a potential for media consumption and interaction. Essentially the passengers in the car are a captive audience, so a new way of providing information, advertising, and entertainment has to be created. So how does this all related to Batman?

At the Los Angeles Auto Show, Intel and Warner Bros. announced what is to be known as the Autonomous Vehicle (AV) Entertainment Experiences, and along with it, a proof of concept car to demonstrate what this will look like. So what entertainment experience did Intel and WB pull from? You guessed it; the Dark Knight. According to Intel, “a fan of the superhero Batman could enjoy riding in the Batmobile through the streets of Gotham City, while AR capabilities render the car a literal lens to the outside world.”

The concept image (seen above) is pretty trippy, with the Gotham skyline taking the place of a normal windshield view while the passenger has access to chat, social media, and of course an ad for Justice League, all right in front of them. The “steering wheel” also mimics the Batmobile, perfect for fighting crime or distracting yourself from the overwhelming fear that we are one step closer to robots taking over.

So how do you feel about self-driving cars? Does the promise of sponsored content help ease any fears or are you just glad you’ll no longer have pesky driving to distract you from watching YouTube clips?