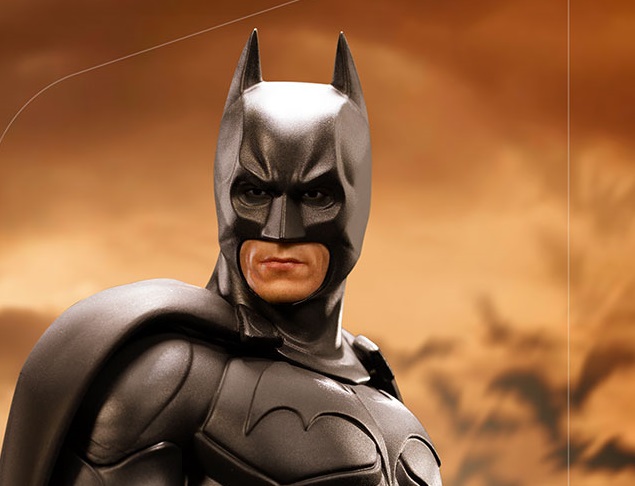 Sideshow Collectibles has revealed a new statue from Iron Studios as a Sideshow Con exclusive, based on Christian Bale’s appearance in Batman Begins. This statue is similar to the previously released statue based on The Dark Knight, as well as the recently announced statue featuring Batman from Batman Returns. The one-tenth deluxe art scale statue measures about seven inches tall and features hand painting and a detailed base. It is priced at $180 and is available to ship right away. You can order the item exclusively from Sideshow Collectibles.

Sideshow and Iron Studios present the latest from the Art Scale 1:10 line – Batman Deluxe! Based on the likeness of Christian Bale in Batman Begins, this polystone statue is hand-painted and limited edition.