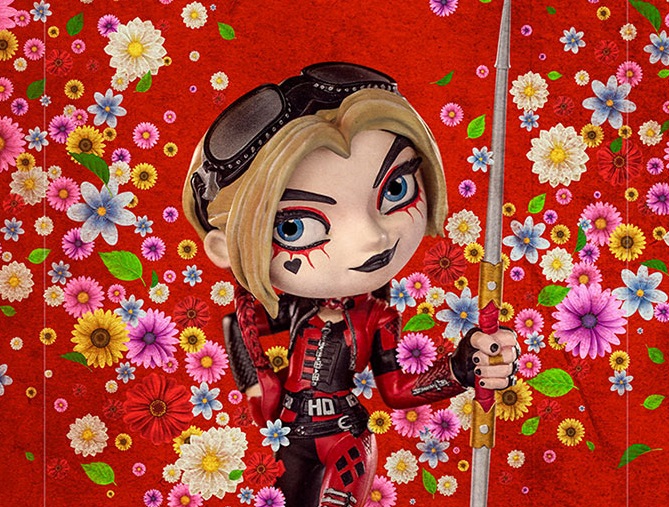 Iron Studios has released details for their latest collectible MiniCo figure which features The Suicide Squad version of Harley Quinn. The figure measures just over six inches tall and features the character in her outfit from the beginning of the film right after she inherits Javelin’s javelin. It is priced starting at $40 and is expected to ship between July and September 2022. You can preorder the figure directly from Iron Studios, Sideshow Collectibles, or Entertainment Earth. 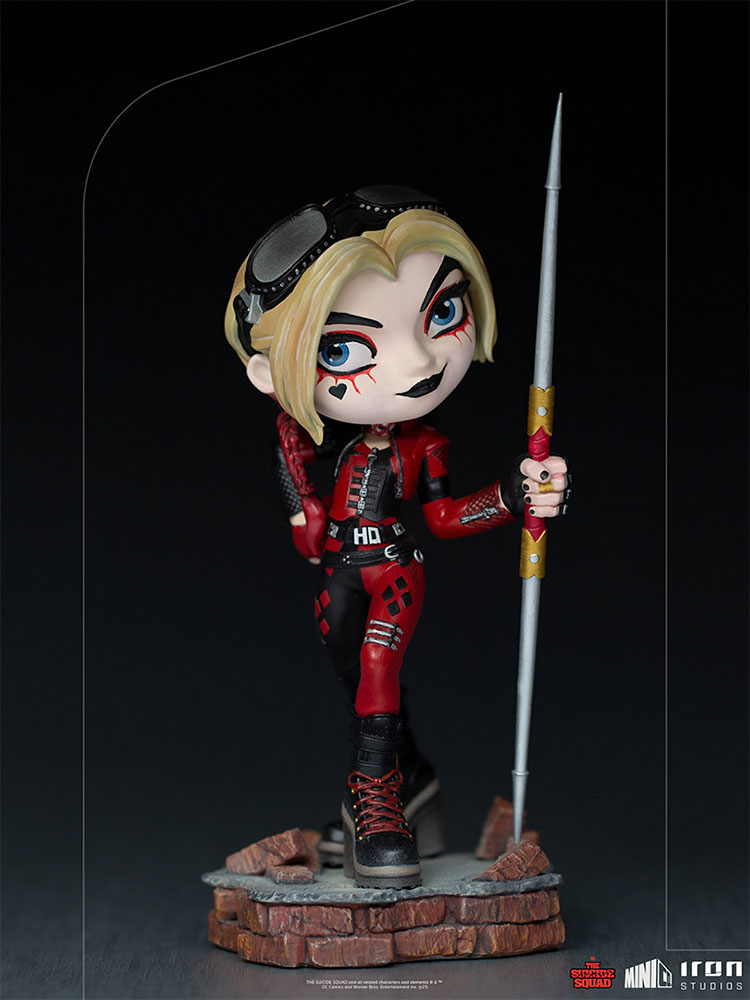 She is back, in her original colors but with a new red and black leather uniform, with elements that resemble her first costume. Her pants have the symbol of the suit of diamonds printed on them, and the leather jacket has the slogan \”Live Fast Die Clown\”, a subtle provocation to her ex-boyfriend Joker. Gotham\’s maid of mischief returns to the big screen in The Suicide Squad movie and gets her stylized Toy Art version in the \”Harley Quinn – The Suicide Squad – MiniCo – Iron Studios\” statue. With a pair of tactical glasses on her head and holding a Retractable Spear, she is standing on a base that evokes an urban combat scenario, posing with her hand on her waist in a charming and friendly way.

Once again the charismatic character, created by the duo Paul Dini and Bruce Timm in 1992 in the Batman: The Animated Series, returns to the big screen, played by Margot Robbie. She works alongside the Suicide Squad, a group of villains who act as anti-heroes for the government, to have their sentences reduced.

The item, already available for Pre-Order, will be a great addition to the collection of DC and MiniCo fans and collectors!