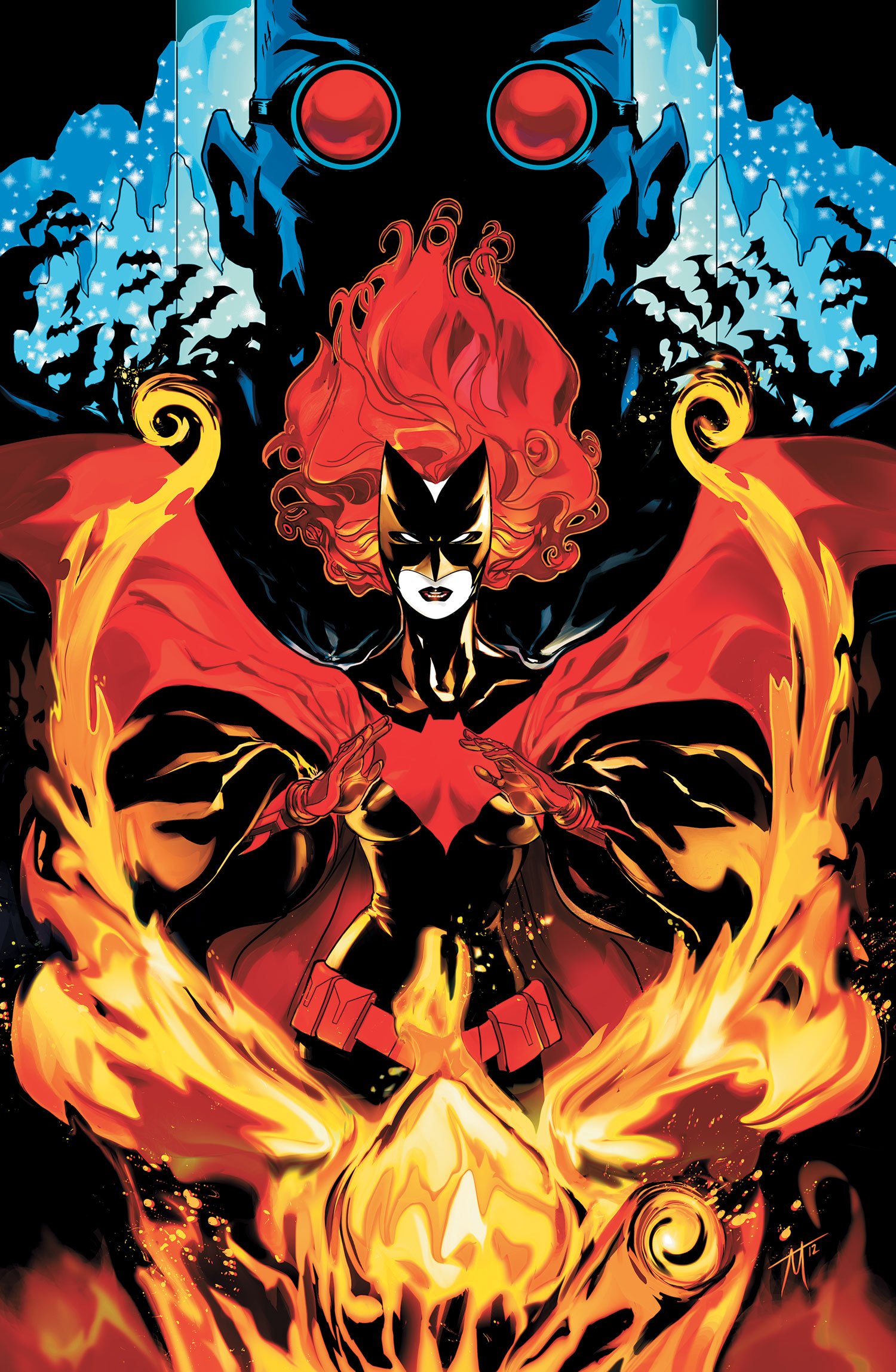 J.H. Williams sat down with Comic Book Resources' The Bat Signal column for an interview. In the interview, Williams talks about the return of Alice, Kate and Maggie's relationship and the proposal, if Damian's death will have an affect on Batwoman and other things.

CBR: J.H., let's kick off with the two huge reveals at the end of "Batwoman" #17. The return of Alice is an event that's obviously been building for a long time. What made you think this was the right time to put her back into play?

JH Williams: Haden and I were pretty gun-shy about dealing with Alice in any real way for a while, but needed her presence felt, the impact she had on Kate's life to resonate from the beginning. So we literally boxed her in that sarcophagus, revealing it way back in the original issue zero. This kept her isolated from any explanation needing to be shown until we were ready. No outside story elements affecting what Alice may've been doing this entire time. Only that the memory of her and the past would haunt Kate, affecting her choices. As we started fully figuring out was going make up the bulk of arc 3, about half way through that is when we decided we should reintroduce the sarcophagus at the end of the arc, and have it open to reveal Alice. The timing felt right, especially with Kate making such a major life changing decision. It was the right time to bring her crazy sister back, a perfect lead-in to bring family back strongly into the next story.

CBR: The other huge event in the issue was Kate essentially revealing her identity as Batwoman to Maggie Sawyer and proposing to her. This is a huge moment for the character that takes her into a new direction. As the story moves forward, what can fans expect from an engaged Kate Kane? How will her path to marriage progress differently from the average couple?

JH Williams: Yeah, Haden and I are super excited over this new direction for Kate and Maggie. We love that Kate did the proposal and revealed herself to be Batwoman all at once. It's like she is saying to Maggie, "You want to know what I've been doing, who I am, this is who I am, will you still love me?" We're planning this to be a prolonged story. The couple has a lot of issues to work out between them, and they both have baggage from other relationships that they bring to the table. It's not going to be easy. This is the more natural progression to take considering the lives they lead, how that will affect them on a daily basis will be profound.

CBR: Now that Maggie knows Kate is Batwoman, how will that end up affecting their relationship? Readers didn't actually get a chance to see Maggie accept Kate's proposal.

JH Williams: They are going to slowly turn into a much stronger couple. The fascinating part of this is the fact that Maggie now knows all of Kate's secrets. And exploring just how much Mags gets pulled into Batwoman's world will be a long, exciting journey. It will become much more immersive over time for Maggie, and how she and Kate deal with it is what we're interested in diving into.

To read the entire interview click here. Batwoman #18 will be available in stores next week.