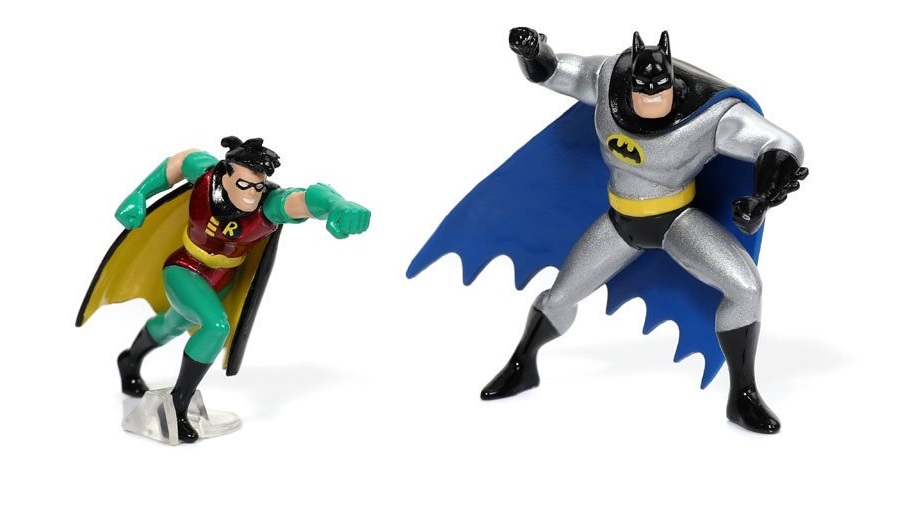 Jada Toys has released details for their latest MetalFigs diorama set which features a Batman: The Animated Series group in diecast metal mini-figures. The set includes Batman, Robin, Joker, and Harley Quinn with each figure measuring about three inches tall in a battle scene between the four characters. It is priced at $15.99 and is expected to ship in August 2020. You can preorder the set now at Entertainment Earth. Batman: Animated Series 2 3/4-Inch MetalFigs Diorama Set features over 50% die-cast metal mini-figures. This battle scene features The Dark Knight and the Boy Wonder against their hated foes The Joker and Harley Quinn with the Gotham City backdrop. Each figure features superior paint quality and craftsmanship and all are staged in dynamic poses and ready for action!