Review: Red Hood and the Outlaws #1 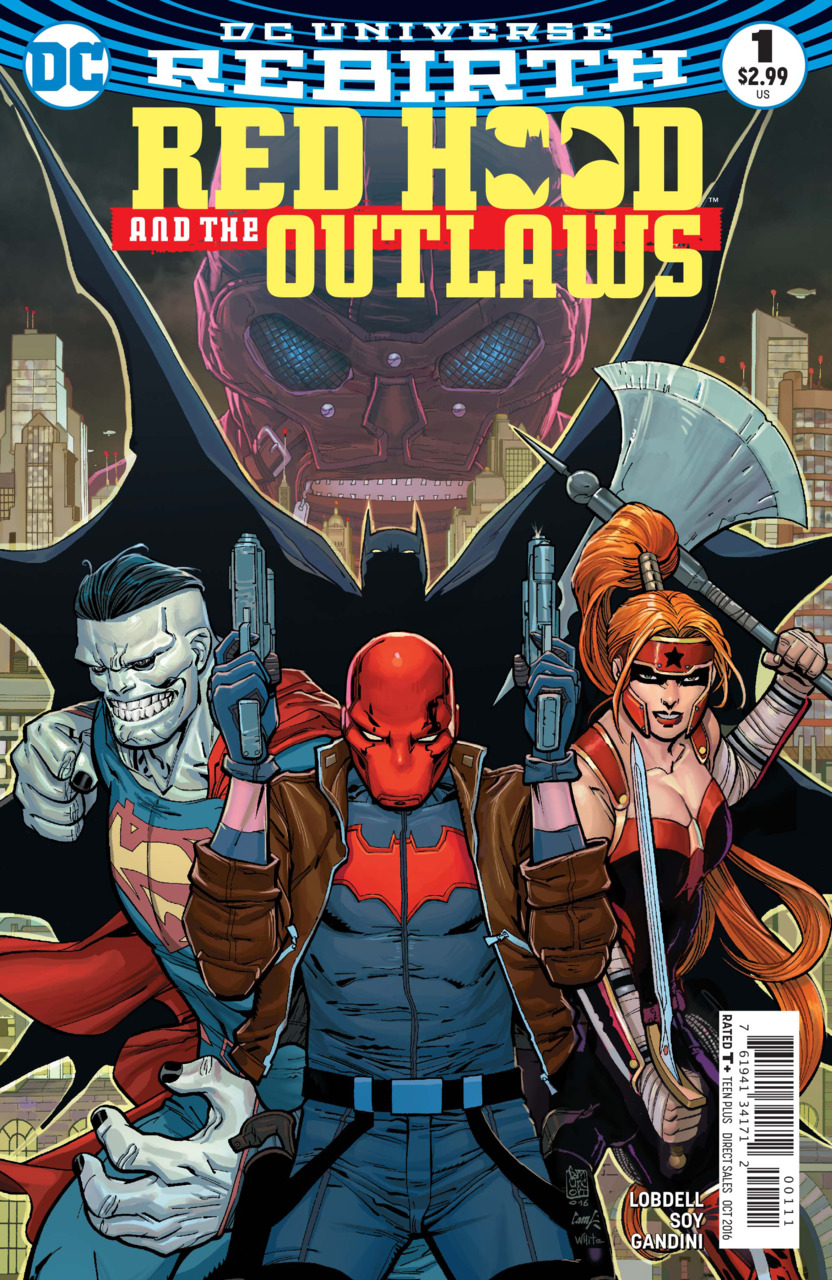 Synopsis: The issue begins with a flashback of Jason at the Ma Gunn’s School for Wayward Boys. Batman is there and trying to take down the headmistress, Ma Gunn. She had actually been operating the school as a criminal organization and using the boys as soldiers. After Ma Gunn shoots Batman and begins monologuing, Jason dives at her and takes her out the window.

Picking up in present day, Jason is taking Ma Gunn out that same window again as they escape an explosion. He is now Red Hood and appears to be saving her this time. After reviving her, Jason asks who she believes could have tried to destroy her school and kill her. Gunn explains that she knows exactly who did it and the reason why. When she was released from prison, she began to revisit old ways and build her criminal enterprise again. She was approached by Black Mask who “offered” to consolidate her organization into his due to the excess amounts criminal enterprises within Gotham. She refused and challenged him to stop her which led to this night’s pyrotechnics.

Red Hood thinks it was lucky he was in the neighborhood to save her but Gunn says that it was lucky that her license was held up because there should have been children in the house as of last week. It was clear that this was no warning but an attempted massacre. Red Hood returns to his bunker and contemplates killing Black Mask for what he tried to do but remembers his promise to Bruce not to kill. He decides to out-think Black Mask and begin his infiltration.

The next night Red Hood attacks Black Mask’s car and mentions the business opportunity he was presented by an associate of his. To Jason’s surprise, Black Mask seemed to be expecting him and shows him the Gotham skyline remarking how beautiful the city is and how no one has appreciated her like he does. He then offers for Red Hood to be his second-in-command and heir to his criminal organization. As part of the audition, Black Mask detonates bombs in the men that were supposed to kill Ma Gunn.

The ending of the issue shows Red Hood hijacking a train for Black Mask in an attempt to acquire something of value that is on board. The “game changer” turns out to be Artemis, an Amazonian warrior.

Thoughts: As much as I enjoyed the Rebirth issue, this #1 did not really start the true arc off to a good start. I felt that, although the writing was fine, the story moved way too fast. I try not to look at future solicitations to avoid spoilers so I don’t know how long this arc will be but certain plot points and characterizations just did not make sense. The fact that Black Mask almost immediately offers Red Hood the second in command position as well as being heir to his criminal empire is just baffling. I understand Red Hood appeared to have killed the mayor and fought Batman but any crime lord would make him join and prove himself first. Either Black Mask is that desperate or he is luring Red Hood deeper into the organization to trap him.

I also thought it was bizarre how Red Hood saved the clearly criminal and abusive headmistress from his childhood. Although he lived at this house for a little while, it is clear that she was a terrible person. Jason seems to have an urge to kill but fights it because he made Bruce a promise. The creative team had an opportunity here to make Jason return to his darker side that we saw years ago by not saving Gunn but instead have him inexplicably resuscitate her and shouting for her not to die on him.

Regarding the artwork, I am really liking Soy on this series due to his balancing of great action sequences with the capturing of character’s emotions in almost any scene. My only complaint is the use of the bat symbol on Jason’s chest armor. It just does not fit at all with where Red Hood is at in this story and what he is trying to do.

Despite this issue being a bit of a letdown, hopefully they will handle the introduction of Artemis well and next month we will start to see the series develop a little more.