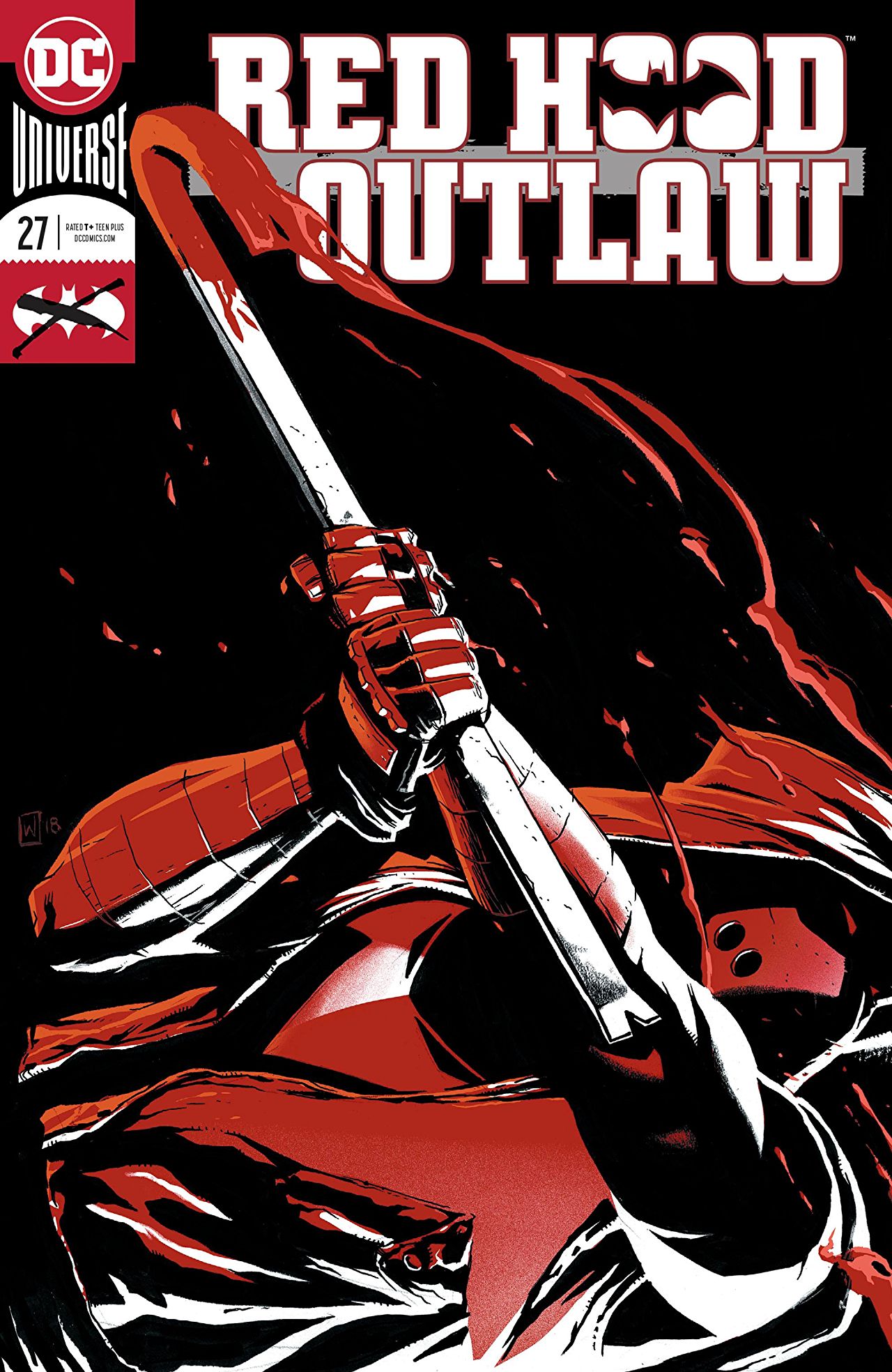 Overview: Shortly after his introduction to the Underlife gang, Jason stops at a diner in middle America to learn more about the organization’s criminal activities. After a beatdown of some local Underlife members, Jason speaks with Bruce about the death of Roy Harper and his own potential.

Synopsis (spoilers ahead): In a diner somewhere in nondescript middle America, Jason saddles up on a stool to try and learn some more information about Underlife from a sleazy patron of the restaurant. Jason reveals that he knows the man is hauling illegal medical supplies and equipment but wants to know where the Underlife is having hijacked material delivered. The driver chuckles while reaching for his concealed pistol saying that Jason is too smart for his own good. The fight that ensures pits Jason against seemingly the entire diner. One goon gets the edge on Jason for a moment before falling unconscious. It is revealed Bruce Wayne has arrived and lent a hand. Despite Jason’s apprehension, Bruce is not there to take him into custody even though Cobblepot survived the attempted murder. Bruce, unfortunately, is there to deliver some sad news to Jason.

Bruce tells Jason over a drink that Roy Harper has died while in the superhero rehab called The Sanctuary. Jason is visibly distraught so Bruce does his best to console him. Bruce points out Jason’s flaws but that he’s never hated him nor given up on him. The two embrace before Bruce drives back to Gotham.

Jason leaves a voicemail on Roy’s cell saying goodbye but also telling him that when he, inevitably, comes back to life Jason is going to be pissed at him. Jason then heads into a quiet, friendly town where everyone is incredibly nice. Jason is a little taken aback by the hospitality and remarks how it’s no Gotham. He regrets internally how it’s a shame he is going to take the town apart. The issue ends with someone clearly spying on Jason as he navigates the town.

Analysis: With my rather negative first experience with the new Red Hood title last issue, I admit that this was a great issue and makes me feel a bit more optimistic about the direction of the title. Artwork, admittedly, is overall not much to write about but there were a few memorable panels.

The artwork is something that will have a tough time to surpass the previous work by Dexter Soy on the title. That being said, the artwork here by Pete Woods is still a good continuation of the fun action that was shown in the entire run of the title during Rebirth (excluding the last issue). There was a particular panel that I did find memorable and beautiful in a way. That panel was the heartfelt goodbye from Bruce to Jason in which we see them hugging in the present day outside the diner but in a nearby puddle we see Batman hugging Robin. Just as Bruce at his core is a child who misses his parents, Jason is the quintessential wayward son trying to find direction but still needing that guidance that Batman represents. Little moments that can illustrate this relationship are always a plus.

Jason’s characterization felt on point as an individual outside of the moments with Bruce. He still felt like a brash, headstrong anti-hero but not the bloodthirsty murdering thug we saw in the previous issue. He still beat up a number of guys in the diner but there was nothing shocking about the violence like sticking a flare up some criminal’s butt. I really hope that Lobdell keeps the characterization consistent with this issue going forward.

The only lacking element to the title is a compelling overall plot. The Underlife organization seems to be just generic “bad guy gang” which is a shame because Lobdell can really nail these small personal moments for Jason so if he could incorporate an interesting overall villain that would elevate the title that much more. He’s placed Jason in middle America which could open up a possibility for a different kind of villain in such a diverse setting for a Gotham-based character. Hopefully, we learn a little more about the gang and it turns out to be more than meets the eye.

Final Thoughts: Overall, this was a good issue and a huge step up from last month’s first outing with Red Hood’s revamp. Hopefully, the creative team shows us an intriguing new villain to go with the great character development showcased in this issue. My outlook on the title is certainly more positive so I can only look forward to what is to come.