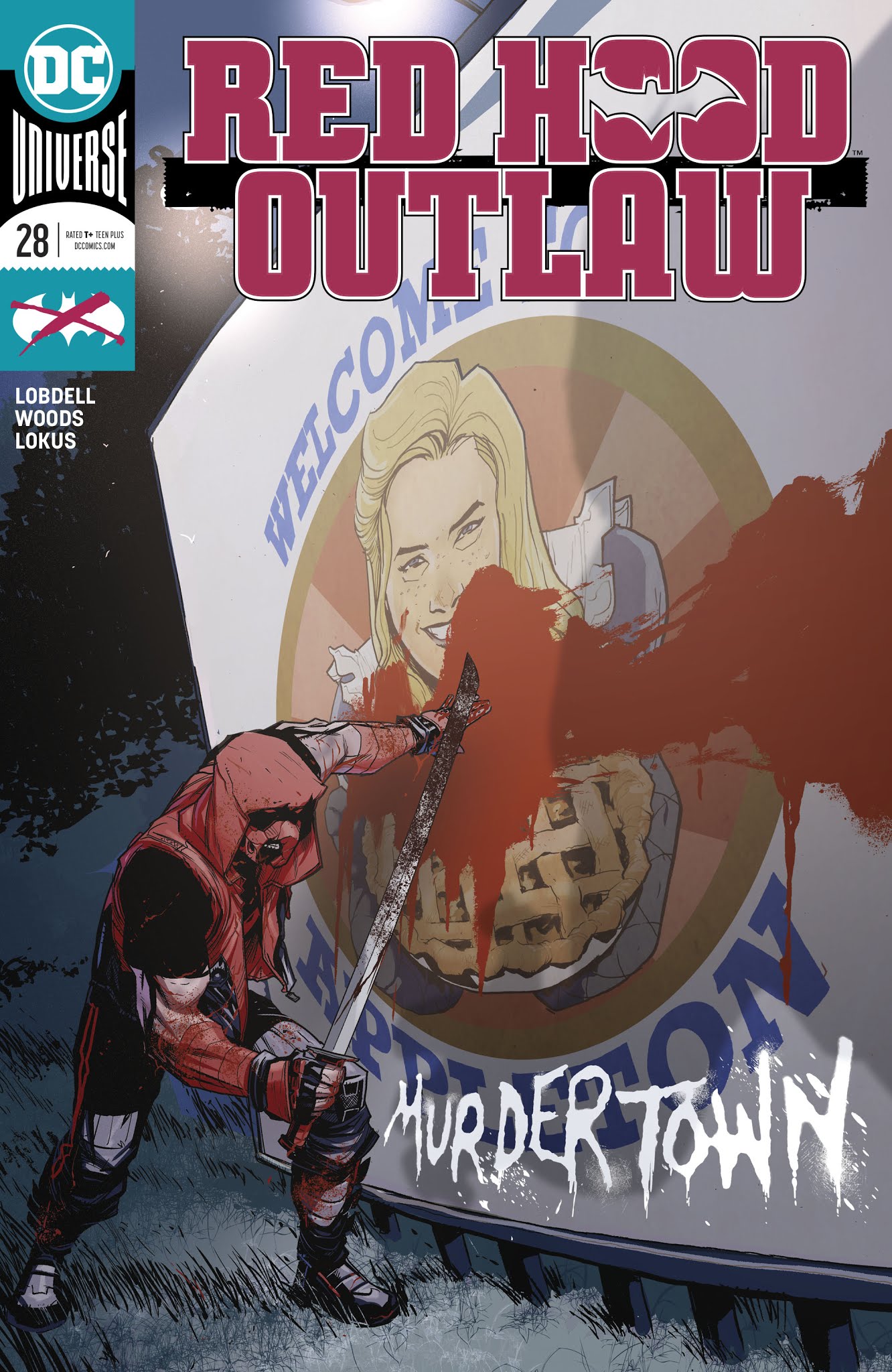 Overview: Jason takes his investigation of Appleton to the county fair where he mingles with some of the locals. The fair takes a dark turn when the residents unleash a zombie-like monster on Red Hood.

Synopsis (spoilers ahead): In a hospital in middle America, a sheriff that had previously been interrogated by Red Hood is visited by another masked vigilante named Wingman. Wingman is insistent on knowing what the sheriff told Red Hood. Wingman leaves the hospital as the narration states he will be returning “soon”.

In the town of Appleton, Jason is walking around the county fair which, unsurprisingly, is chock-full of apple themed foods and drinks. Jason notes to himself how pleasant everyone is but knows there is something amiss and sinister beneath the surface. His suspicions are confirmed when his bed and breakfast owners offer him a drink and then open fire on him with an assault rifle. The scene turns to pandemonium as the crowd begins to take part in the outright attempted murder. Jason is able to land a number of blows against the townspeople but is overwhelmed by the sheer number of residents against him. He is finally held down and knocked unconscious.

Waking up later in a field strapped to a wooden cross, Jason finds himself in his Red Hood uniform and face to face with a hulking, grotesque creature that begins to try and kill him. Red Hood is able to impale the creature with the wooden beam he was tied to and rips the creature in half.

Just as he is recovering from the attack, Red Hood is confronted by Batwoman. The two exchange blows before she reveals that she is not there to arrest him but is there to face the oncoming horde of zombie-like creatures now approaching the pair.

Analysis: With the last issue having more of an emotional core to it, this issue brings out more of the action and strangeness that this title is capable of. I am never usually excited for magic/horror plot lines in my comics so the last few pages left me slightly uneasy. However, the humor that Lobdell brings to the book may just be the thing to make this an enjoyable arc.

Positive note aside, my gripes with this issue and the potential future of this arc is that it is going to get too bizarre with the horror element. I can guess the townspeople are somehow able to create and unleash these creatures (or turn themselves into them) on any unsuspecting or nosy outsiders. I feel like the fact this story was taking place in middle America and the tone was aiming to be more brutal would be an opportunity to deliver a darker or disturbing tone. I still would rather have the tone found in this pre-hood only storyline but if they are going to go this route I feel like they need to take the chance and do something different. I could see the townspeople easily being like a “children of the corn” scenario where some real sinister activity is happening under the guise of this happy farm town. The creative team could take it this route but I feel like we are just going to get a “mad scientist” type plot with these Appleton residents.

The issue starts off with the fairy-tale like town turning on Jason rather quickly which resulted in some fun yet brutal action. With so many people against him, there is even a funny line of dialogue where Jason remarks at how many more people are in town than he thought. The fact that Jason goes into this sting operation half-cocked and thinking he can handle whatever comes his way is definitely another display of Lobdell’s understanding of the character. Although no deep character moments in this particular issue he is delivering the character to us even as he is removed from Gotham.

Final Thoughts: I do hope the creative team makes this standalone arc(s) of just Red Hood flying solo something worth reading and different enough so that we will appreciate it more when the rest of outlaws are brought back (fingers crossed).