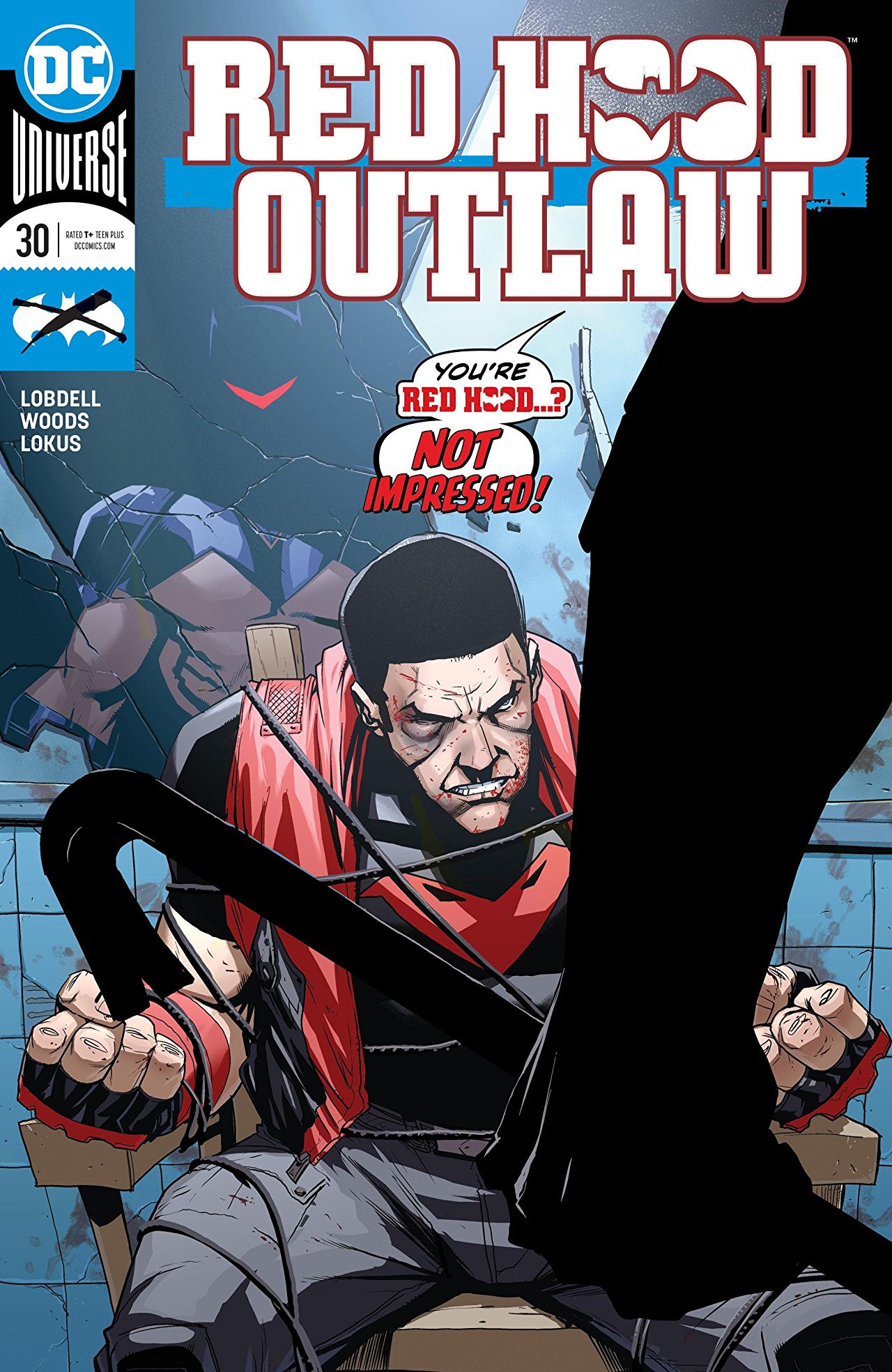 Overview: After heading south of the border, Jason follows the tip he got from the clone “Monday” regarding the Solitary. Investigating an abandoned prison, Red Hood comes face to face with the head of Underlife, the Solitary.

Synopsis (spoilers ahead): On the US/Mexico border, Jason crosses into Mexico stating that there is usually less traffic heading that way. Once across the border, Jason stops at an abandoned garage and fixes up a truck for transportation. Arriving at a small gas station, the elderly owner asks him where he is headed. He tells her that he has business at the prison Hierve el Agua. The woman is shocked and pleads with him not to go.

While on the road, Jason recounts the recent events that have brought him to this point. He remembers Roy Harper giving him the intel to go after Underlife before he was murdered in rehab. Jason feels like he owes it to Roy to finish the job of taking down Underlife. Jason pulls up to the prison and realizes what the old woman meant as the prison looks like the entrance to hell itself.

Suiting up, Red Hood heads into the prison and begins investigating. He sees old blood spatters on the walls that look like they were done with a sword while he finds torn steel gates that looked to have been the work of a giant ax-like Artemis’ “mistress” ax.

In another reality, Bizarro and Artemis are seen to be fighting in a war-torn area. Artemis gets a strange feeling while Jason looks over the ax marks. The pair brushes it aside and continues fighting in order to “get home”.

In the prison, Jason is attacked by Wingman and tied to a chair. Wingman tries to convince Red Hood to come back to Gotham City. The conversation is cut short though when the bricks on the wall shoot out and knock out Wingman while setting Red Hood free.

Jason continues to the lower levels and sees the experiments done by Underlife to create the “Monday” clones he fought in Appleton. Jason finds a dog and lets it lead him to face off against the three faced man known as the Solitary.

Analysis: With this issue having Jason finally come face to face (to face) with the Solitary. I feel like we are reaching a climax for this Underlife story arc. The additional scene of Bizarro and Artemis also was exciting as we see the rest of the Outlaws alive (maybe not well) elsewhere.

As far as the negatives for this issue go, I go back to another point I had made on a previous review in that the villain is more of a sci-fi and metahuman one. Red Hood, alone, seemed much more of a reality grounded character and only advanced to more fantastical story elements with the addition of characters more often used in those areas. Having a three-faced man in a crazy, Frankenstein-like genetics lab feels off for a solo Jason Todd story. If they continue the solo Red Hood stories before bringing back Bizarro and Artemis I hope they ground the next arc.

On the positive side, I am very glad we got the tease of Bizarro and Artemis. The hinting of their adventures in another dimension affecting the main one is definitely interesting and I’m excited to see how that will play out. With their tease and imminent return, I feel better about maybe one more lone Red Hood arc (hopefully with a more grounded plot or villain as I’ve already stated). The fact this second family of Jason’s is out there gives me a lot of hope for the direction of title as the best scenes and character moments were when the Outlaws were together figuring each other out and growing together.

Final Thoughts: Overall, the issue was solid in and of itself but the hints at the future helped this issue leave me with a very good feeling.