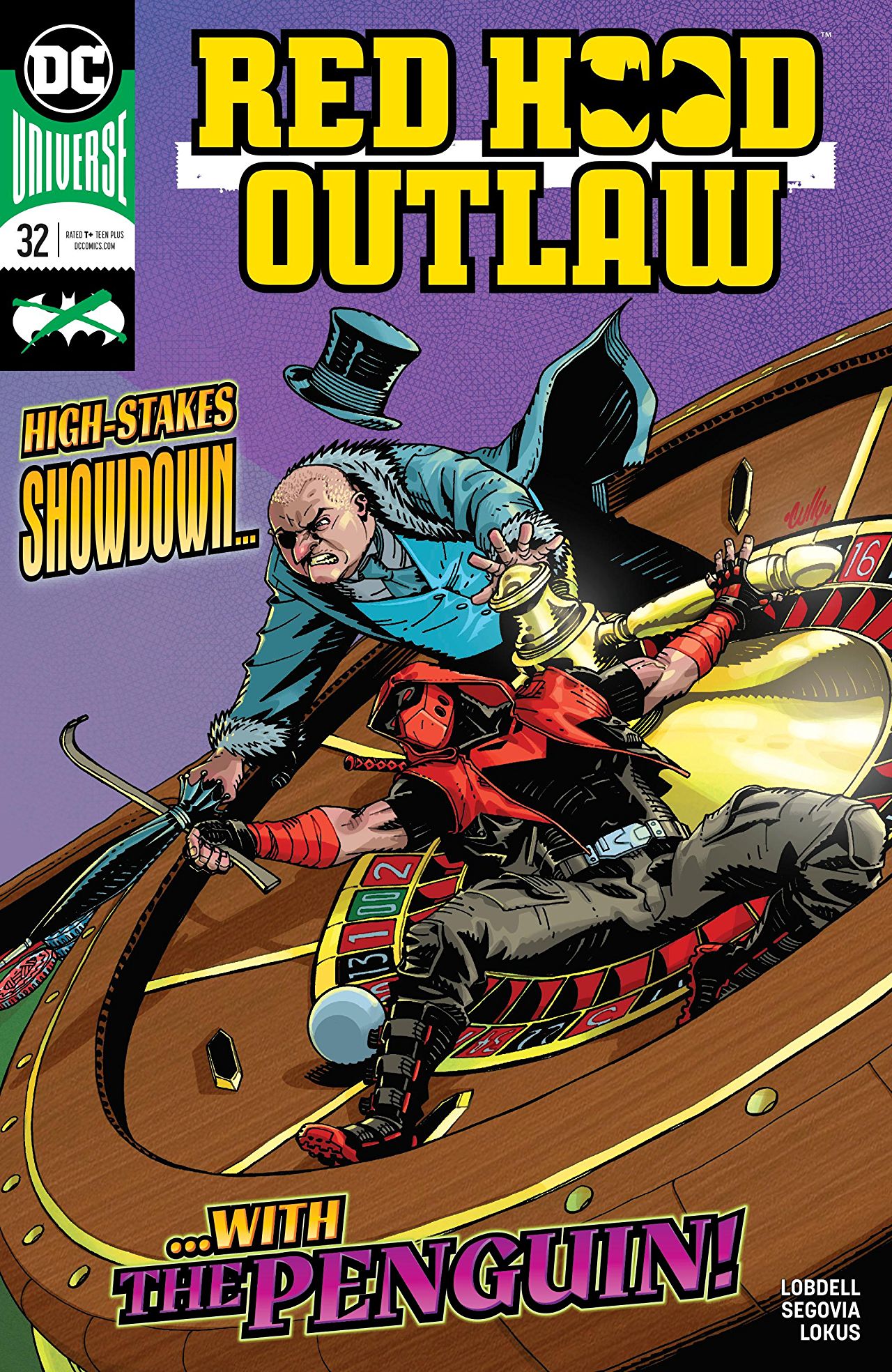 Overview: Jason begins to take over the criminal underworld by establishing control over the Penguin’s empire. He gets an unexpected visit from Batman but proves to have the upper hand.

Synopsis (spoilers ahead): The issue begins at the opening of the newly established Iceberg Lounge. A reporter introduces the new proprietor as Jason Todd and recaps his history as the most reclusive of Bruce Wayne’s wards. In Wayne Manor, a shocked Alfred watches as the night’s festivities are televised.

In the club, Jason introduces the new support system that he has acquired to help him turn the criminal enterprise into a legitimate business. Many are misfits that Jason is giving a second chance to. Wingman and Miguel are given spotlights here as Jason uses Miguel to throw out a few unruly customers. Jason informs the reader about Miguel’s power set and how he used to be involved with the Teen Titans before being held captive by the Solitary. Back in Mexico, it is shown how Miguel helped Jason tear down the prison in which he was held.

Up in Jason’s office, Batman arrives to try and bring him into custody for trying to kill Cobblepot. Before he can take him in though, Jason reminds him that to take him to the police would require revealing he is Red Hood and his connection to Bruce Wayne and Batman. Batman realizes that Jason will not fall in line and Jason states that he is here to stay.

After Batman leaves, Jason reveals that he has been keeping Penguin in a secret cell hidden by the office’s aquarium. He reaffirms that he is not there to fight Bruce. He is content with the fact that Oswald Cobblepot will have to watch in silence as Jason continues to dismantle his criminal empire one piece at a time.

Analysis: After the last arc, which I was not the biggest fan of, I am definitely hooked when it comes to the new arc “Price of Gotham”. It returns Jason to Gotham and even gives him a supporting cast which seems to be very beneficial in character development of Jason as well as making for interesting dialogue.

In regards to the new lineup, the new cast of characters is no Bizarro/Artemis but there certainly seems to be potential here. Miguel and Wingman have the most to offer in terms of story and development. Miguel is already appearing as a younger brother stand-in for Bizarro which helps to mature Jason’s character and make him feel as if he is growing as a young man. Wingman has a good deal of mystery around him which leaves us guessing but, in true Jason Todd fashion, he does not seem to mind a mystery man hanging around his new business ventures.

Lots of credit towards Lobdell for his writing of the Jason/Batman scene towards the end of the issue. It was satisfying to see Jason get the upper hand against Bruce that did not involve violence. Again to my earlier point, it shows level-headedness and maturity that typically is not seen with Jason. He still has that cocky attitude but he can actually back it up with real critical, strategic thinking. In the end, he does not wish to battle Bruce but he knows what he is doing is for the best even if Bruce does not understand.

Final Thoughts: Overall, I like where this arc is headed and with the cliffhanger of Penguin in Jason’s own personal cell. I think there will be a great mix of tension and excitement as Jason turns the Penguin’s empire legitimate by destroying it.