Review: Red Hood and the Outlaws #4 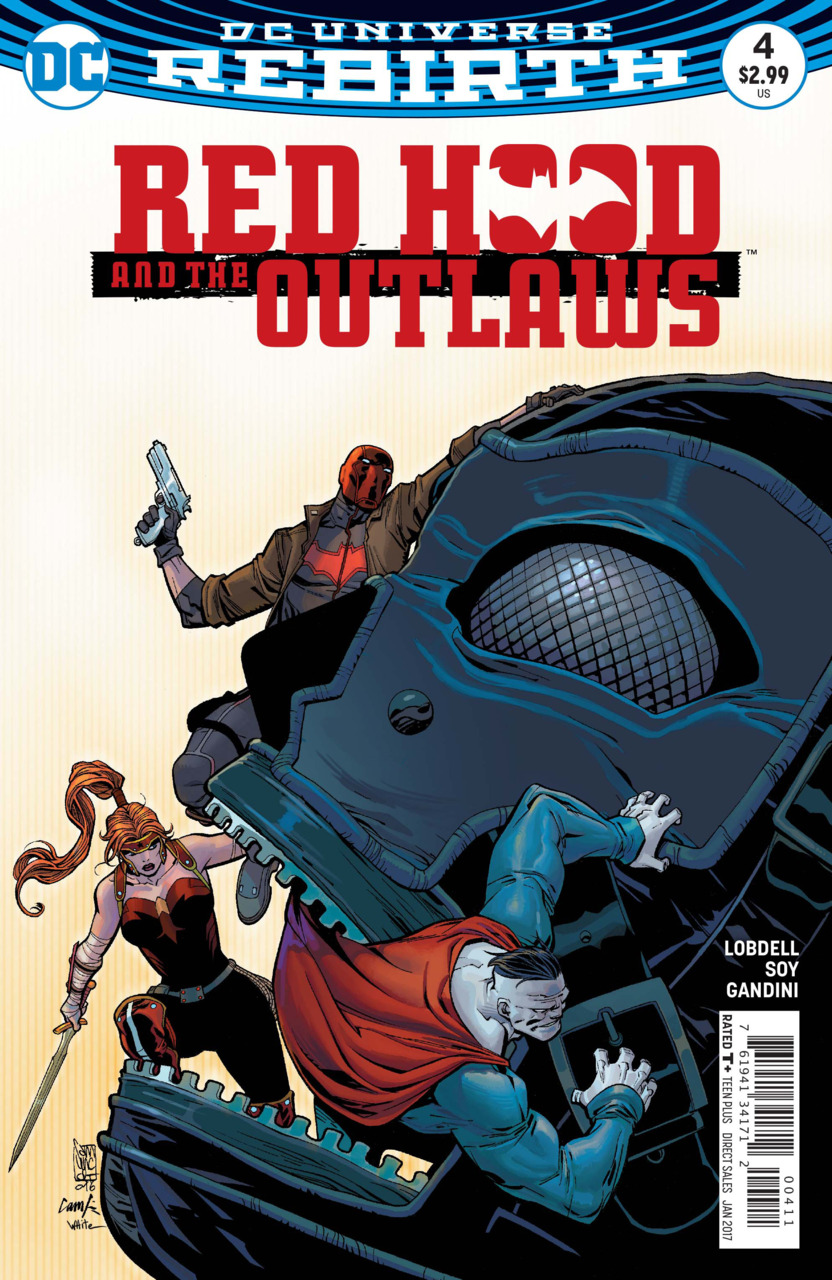 Synopsis: The issue picks up right after the end of last with Red Hood trying to connect with Bizarro. Things are not going well for him as Bizarro rages inside his cell and tosses him around. Artemis is watching from her own cell and pokes fun at Jason’s dilemma. Red Hood knows that he can’t talk down Bizarro so he grabs the Superman doll from the previous issue and tells Bizarro to tell it why he is upset. He uses the doll to reassure Bizarro that he is not alone and that him and Artemis are his friends.

Meanwhile, Black Mask watches as Red Hood calms down Bizarro with therapy techniques. Bizarro does as Jason tells him and listens to the sounds of Gotham and concludes that its “pretty”. Black Mask feels the situation is under control and has his men step in to get Bizarro back to the lab. Black Mask and Red Hood then go into the dining hall to talk about how he first chose Jason as a means to manipulate him but found he would make a good heir. Listening to their conversation, Artemis slips through the air vents and looks for the Bow of Ra. She does not feel the bow’s presence but continues to look.

Black Mask then takes Jason to a storage room and reveals that he killed his parents in his quest for power. He shows the vast armory that he has and will use it to take over Gotham. He speaks to Jason’s early motives as Red Hood by mentioning the elimination of criminals like the Joker and Two Face. Black Mask opens a particular crate while talking and pulls out a canister of the techno-organic virus he used on the mayor in the first issue. He then calls Red Hood “Jason” and tells him that he has known all along that he has been trying to infiltrate his organization. He still offers him a place in his new city but Jason refuses.

Black Mask injects the virus into his own head and tells Jason that he helped him by bringing Bizarro to him and giving him the means to control Gotham completely. The issue ends with Bizarro bursting through the wall and holding the same pose as Black Mask, clearly under his control.

Thoughts: Overall, this was a good issue and had what most of the last few issues had in terms of humor and some touching moments. The overall plot of Jason infiltrating Black Mask’s crew seems to finally be out in the open which I’m glad for since I felt it was one of the weaker parts of this new series. It has helped to get things moving which is good but it always felt like a stretch that Black Mask would be so trusting of Red Hood.

The art by Dexter Soy, again holds up and is becoming more and more a favorite of mine in the new DC Rebirth titles. Even in the smaller moments like Jason talking to Bizarro through a doll, Soy really helps to show how Bizarro is beginning to connect with Gotham along with Jason reconnecting with the city he truly cares about.

With the cliffhanger here of Bizarro being controlled by Black Mask’s virus, I can’t wait for the next issue, but I’m sure we will only get one issue of a controlled Bizarro since this Dark Trinity needs to really start to come together. We have seen a few brief moments of them together, but Artemis felt removed so I am looking forward to seeing them all out in the open and teaming up.