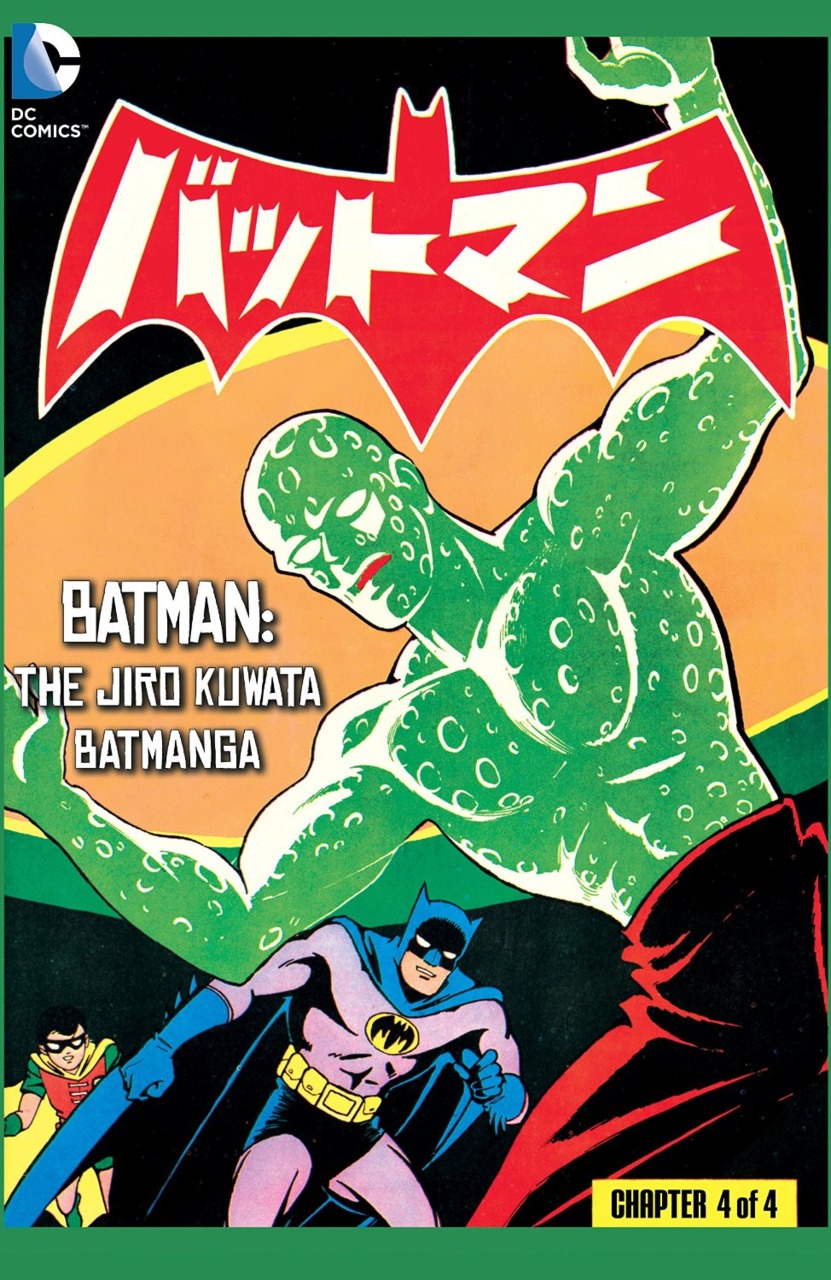 This is it Batfans, we have arrived at the final chapter of the Mystery of The Outsider story arc. This has easily been one of my favorite entries into the Batmanga thus far. When Kuwata is on top of his game he is one of the greatest Batman authors of all time and this is truly one of his finest works. Following the radiation zero signal, Batman and Robin are led to the location of the Outsider.

The Dynamic Duo follow the trail of clues right into the lair of the fiendish Outsider. Although the story telling is great, Kuwata’s artwork in these segments easily steals the show. Using a monochrome palette, Jiro Kuwata tells a story that is full of action and excitement. Watching Robin melt into nothing while Batman looked on was particularly enjoyable. In the midst of the battle, Batman is able to throw the Outsider onto the table that served as the catalyst of his creation.

In the aftermath of the battle, Alfred is able to return to his rightful place as the butler of the Wayne family. Batman and Robin lead him to believe that everything he has experienced was the result of nothing more than a bad dream. I thoroughly enjoy seeing the Dynamic Duo treating Alfred as if he is a third member of the crime fighting family. This story is truly Kuwata’s finest work in regards to examining the dynamic of the Bat family as a whole.

The issue wraps up with Batman returning to the Wayne family crypt and recovering the body of Crawford. After a quick reanimation (the type that only happens in this series), Crawford is returned to life. It appears as though Bruce Wayne has taken a fancy to Crawford and allowed him to carry out his experiments at Wayne manor. I am hopeful that this story element will not carry over into future chapters of the Batmanga.

This chapter was a great finale to an exceptional story arc. Although Kuwata has been very hit-and-miss with his storytelling, this story arc is a testament to his ability to tell an exceptional Batman tale. I look forward to next week and seeing if Kuwata can maintain the momentum he created. Although this book was penned over 40 years ago, I would highly recommend it to any fan of the Dark Knight.