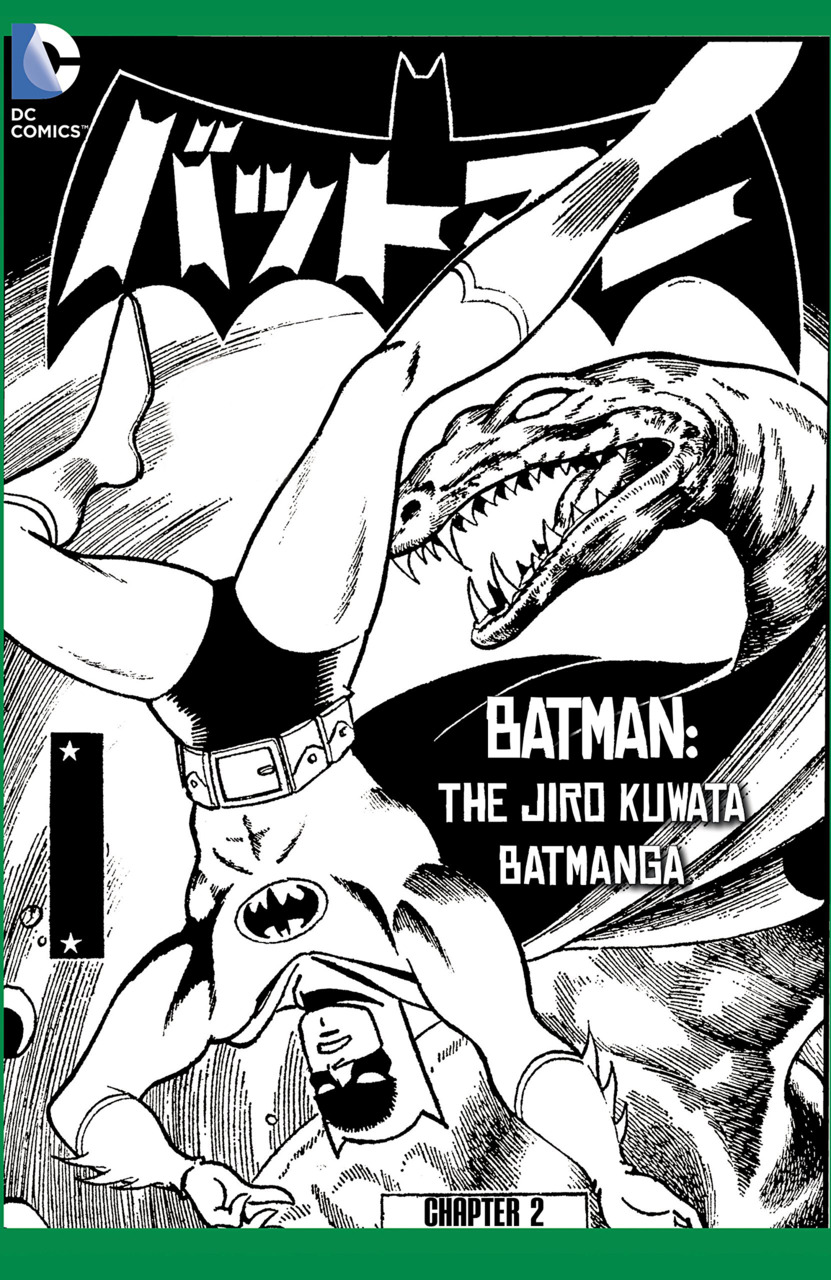 Here we are Bat-fans, chapter #36 of the Jiro Kuwata Batmanga. The second entry into the Monster of Gore Bay story arc, this entry into the series does not disappoint. Kuwata truly shines this week as he incorporates pieces of his Japanese monster movie heritage into the Batman mythos. Although the Caped Crusaders have never gone head-to-head with Godzilla, this is a close as we will ever get, and it is glorious!

This chapter opens up immediately following the events of the previous chapter. Bruce Wayne and Dick Grayson are forced into battle with the monster of Gore Bay. Kuwata’s art truly shines in these panels and it is very easy to see the influence of Japan’s monster movies of the 1960’s. In the company of Helen, Professor Cahn’s daughter, Bruce and Dick make their way towards shore in order to evade the attacks of the monster. Upon reaching the shore, the monster begins to wreak havoc on the shorefront of Gore Bay.

In the midst of the confusion, Bruce and Dick are able to don their Batman and Robin costumes. Over the next three pages a truly epic battle ensues between the Dynamic Duo and the monster. Dodging attacks, Batman is able to hurl a firebomb at the monster, causing him to burst into flames upon contact. This is the first indication that the monster might not be as real as he initially seemed.

After the monster had returned to the sea, the Dynamic Duo find an unconscious professor Cahn lying beneath the rubble of a devastated beach house. Batman and Robin promptly take Cahn to the hospital where an assassin makes an attempt on his life. Assuming this was the work of the Spence gang, Batman takes to the rooftops to locate the unknown assassin. Although he is able to quickly apprehend the knife-throwing fiend, Batman is sprayed with assault rifle bullets from a nearby window. The issue wraps up with the fate of the Dark Knight left seemingly unknown.

This chapter was a ton of fun! Although a little all over the place, the story was engaging from start to finish and the art was some of Kuwata’s finest. This is the type of fantastical story that would have been a perfect addition to the ’66 television series. Although it is not indicated how long this current story arc will run, I look forward to the conclusion and am hopeful that Kuwata will continue this string of exceptional writing and art direction.