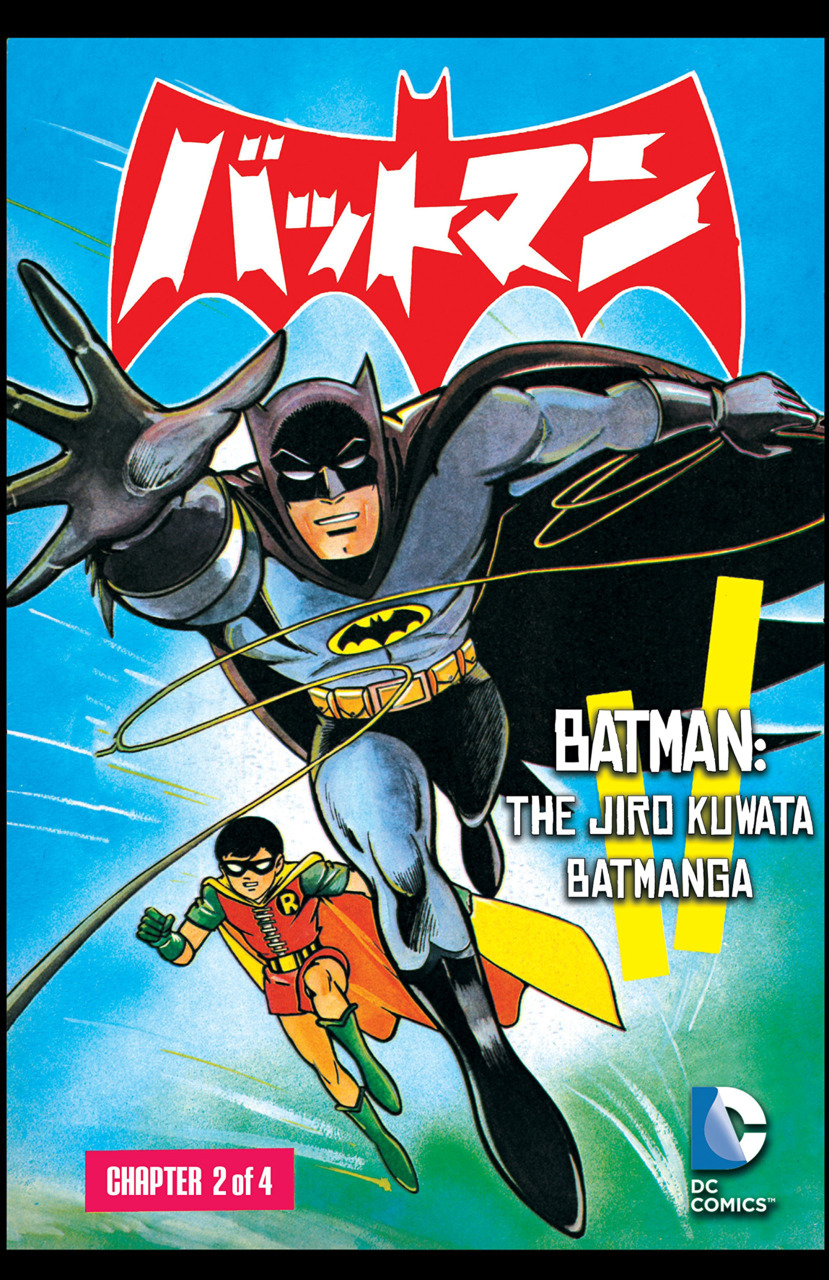 In order to fully appreciate this week’s issue of the Batmanga series, it is essential that you view it in the context of the year it was released. It appears that Jiro Kuwata launched his Batman epic as both a supplement and compliment to the 1966 live action Batman television show. Fans of this series are well aware of the nuances and inconsistencies that gave the TV series its timeless charm. However, the series also portrayed Batman in a manner in which he appeared immortal, having a gadget to remedy any situation in which he might find himself. Although I am new to reviewing the Batmanga, this is the first issue in which I had to view the book in this context in order to fully enjoy the story arc. I would encourage all readers to view this series in the same manner as it greatly enhances the overall aesthetic experience.

Our story continues this week as Batman and the Boy Wonder attempt to thwart the plans of Professor Zone’s newly acquired identity, Clayface. The latter has been quick to learn the extent of his newfound powers and uses these new abilities to evade Batman and Robin. It is here that the story takes a turn for the outlandish.

In his relentless pursuit of Clayface, Batman goes seven full days without sleep. Science would teach us that this feat is almost impossible, but hey, we are talking about Batman here. My biggest quall with this issue is that in order to regain his strength after a fatigue collapse, Bruce Wayne seeks refuge at Gotham’s prominent gentlemen’s club. The author would lead you to believe that socializing and drinking coffee will restore the human body to a condition that is fit for crime fighting. Similar to the 66’ TV series, this plot point seems wholly unrealistic in its approach. However, when viewed within the framework of the TV series, these panels can be quite entertaining.

There is one panel in this section of the book that I find to be unequivocally exceptional. In this single panel, Jiro Kuwata does an amazing job of demonstrating the duality of the Batman/Bruce Wayne character. Specifically, he indicates that Batman is identified as being normal, while Bruce Wayne is the alter ego. Like Superman, Batman is forced to live a “normal” life in order to mask his true identity. Although subtle in nature, this one gesture is an amazing nob to the driving force behind all of Batman’s actions both past and present.

The issue winds down with Batman foiling a crime and again coming face-to-face with Clayface. These types of cliffhangers are nothing new to Kuwata and I am confident this type of storytelling will be a staple of the series.

The artwork throughout the issue is consistent with the style of previous issues and is beautifully rendered in the most simplistic manner. I continue to enjoy Kuwata’s Batmanga and look forward to the next entry in the series. This is a book for any fan of the Dark Knight. However, fans of the 66’ TV series will find this book to be remarkably enjoyable from start to finish.