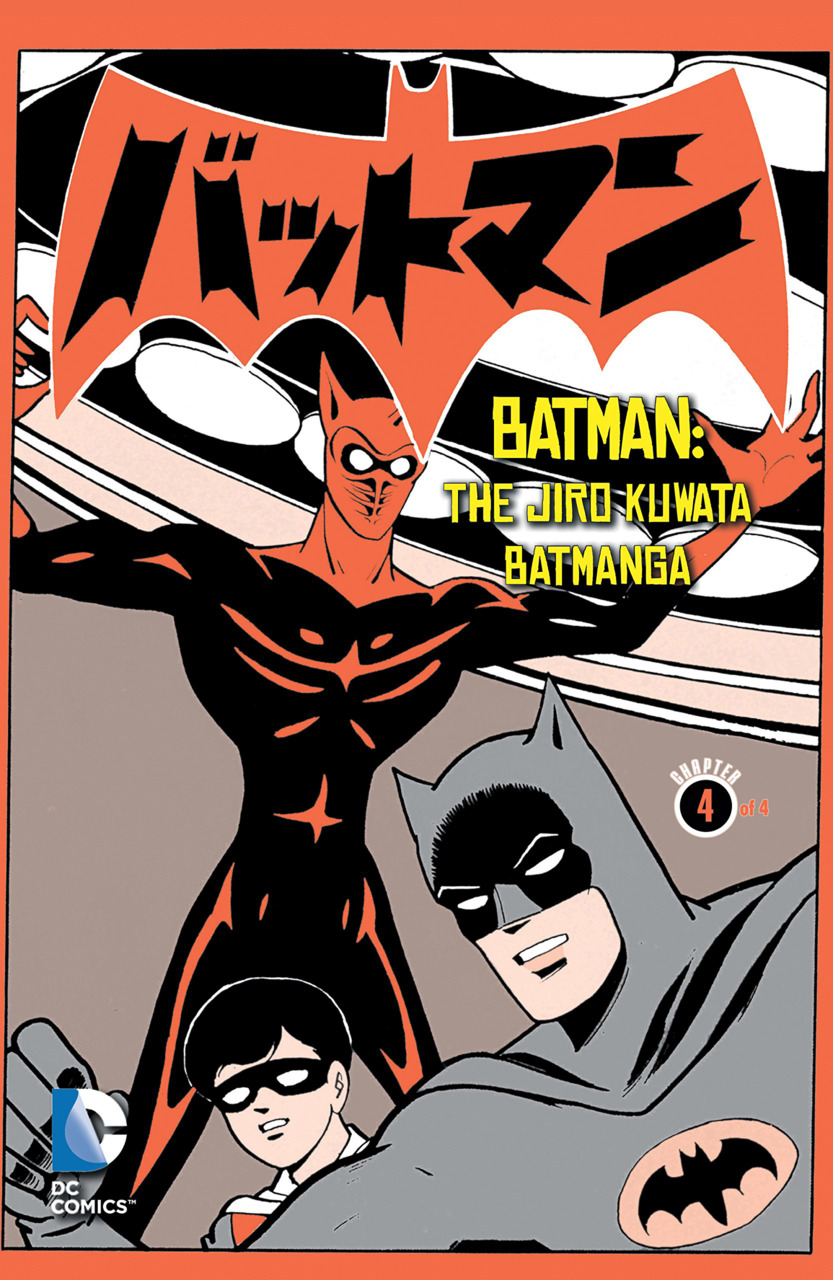 This week’s edition of the Jiro Kuwata Batmanga wonderfully concludes The Man Who Quit Being Human story ark. Launched in 1966, this storyline closely parallels the American television adaptation of the dynamic duo that made its debut during the same period in time. In other words, it is fantastic!

The issue opens with Batman and Robin currently trapped by The Mutant in a seemingly impenetrable force field. To make matters worse, The Mutant has kidnapped his daughter Liz and is currently en route to a nuclear power facility where he plans to transform Liz into a mutant as well. It is only through keen detective work that Batman and Robin are able to escape their force field restraints and begin the pursuit of The Mutant.

Jiro Kuwata does an amazing job of portraying Batman as a man whose skill in the art of deduction is truly unmatched. This theme runs consistently throughout the book and is a beautiful nod to Batman’s roots as a world-class detective. However, Batman is also aware that this caper will not see a successful conclusion without the help of trusted allies.

In order to slow down The Mutant in his efforts to reach the power plant, Batman calls upon the help of inspector Gordon. With the Gotham police in tow, Gordon sets up a barricade in order to hinder The Mutant’s progress. Bullets are fired in vain and the Gotham police are lucky to escape with their lives. This effort was successful in that it allows the dynamic duo the opportunity to reach the nuclear power plant with enough time to devise a plan that will both put The Mutant down while at the same time sparing the life of Liz. At this juncture in the story we are again given insight into the manner in which Batman’s mind works at a superior level. Utilizing collected data, Batman and Robin are able to construct a light-reflecting device that will drain The Mutant of all his abilities and simultaneously save Liz.

The book ends with the death of The Mutant. However, Kuwata uses this situation to reinforce the idea that although The Mutant was ill intended at the end of his life, he was not always a bad man. Batman assures Liz that her father’s life was not wasted and that for his contributions to science he would receive a hero’s burial.

The art of Jiro Kuwata is breathtaking in the most simplistic form. He uses his art to complement the dialogue and rarely misses a beat. The colored panels on page three demonstrate just how easily his art can be conveyed beautifully in both color and monochrome. The only issue I have with Kuwata’s interpretation is with the portrayal of Jim Gordon. In every panel his face appears contorted into a look of anger and revulsion. However, this is a minuscule detail in the context of the book as a whole.

The Jiro Kuwata Batmanga is a series that should not be missed by any fan of the Dark Knight, with chapter #19 further solidifying the vibrant and timeless nature of the Batman mythos.