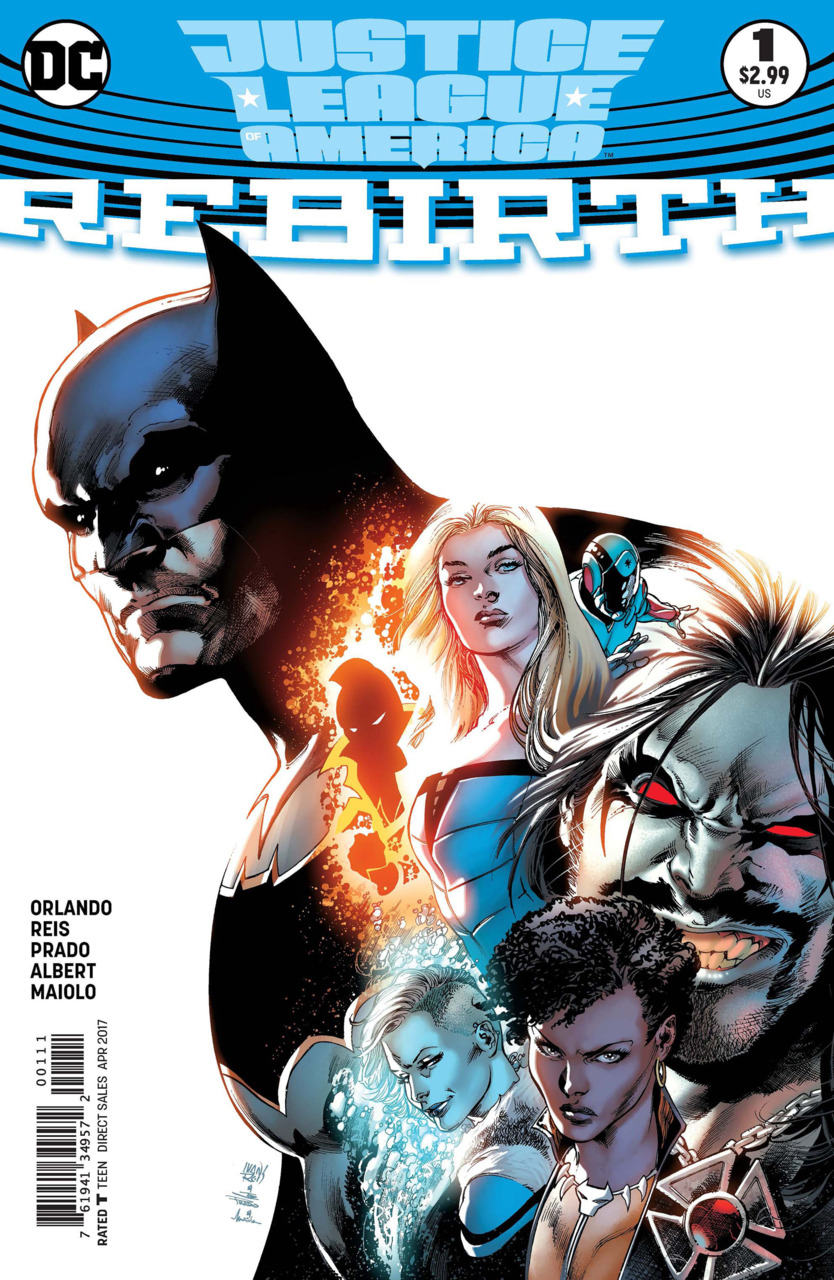 The story begins at Happy Harbor, Rhode Island where Batman and Killer Frost meet in the now abandoned original secret sanctuary of the Justice League. The two then go on a recruitment tour: to Seattle for Black Canary, Mammoth City for Lobo, Ivy university for Ryan Choi, the Atom, the City of Vanity for the Ray, and Manhattan for Vixen. The group meet back at Happy Harbor where Batman speaks of becoming a team of heroes that can inspire people to become heroes themselves. The Justice League of America.

If this was a movie, this issue would be the prologue before the opening credits. This is very much an introduction and is very light on story, but big on character. It’s a quick and efficient issue that introduces each team member. I don’t think Orlando can be faulted for starting his run with what is essentially a role call as casual fans or new readers may be less or completely unfamiliar with this cast of characters.

The make up of the team seems to be fairly heavily influenced by the DC Universe in other media. Batman putting a team together is something we will probably see again this November in the Justice League movie and half of the cast comes straight out of the CW universe. DC has struggled with getting a second JL book on the past and while the characters are largely more obscure to the general public, it’s a good jumping off point for new readers that may only be familiar with the TV shows.

The cast seems designed to tick the boxes of your standard team book. Batman is the leader. Killer Frost is looking for redemption. Black Canary is the team conscience. Lobo is the wild card and muscle. The Atom is both the science guy and along with the Ray are the team rookies, and Vixen is the team’s heart. Batman’s portrayal here is a much more inspirational and hopeful character then usual and is very much in line with how Scott Snyder writes the character. I’m personally more of a fan of the the “darkness, no parents” take on the character, but that doesn’t really work if your going to put Batman in charge of a team like this. I buy this take on a Batman that people would want join a team with.

Orlando seems to be taking his cues from past successful team books, specifically X-Men in the 1990s. I think it’s a smart idea to pull archetypes from a successful formula and Orlando does it well. Lobo is a fun addition as essentially the team’s Wolverine. I don’t think they worked too hard to give Lobo a very good reason for agreeing to be on the team other than owing Batman a favor. It’s a bit of a cheat as a way to get him on the team and it will be interesting to see what they do to keep him on the team. Lobo is a bit of a one note character and if he’s going to remain on the team I can help but wonder if he will be fleshed out at all. Killer Frost has been made over as a tragic young woman who’s touch can kill people. Think a chilly version of X-Men’s Rogue.

The art is solid and Reis handles the character work and action well. Justice League suffered over the past year with inconsistent art and Reis is a welcome change from that. His style matches well with the gritty and more grounded nature of some of the characters and I hope he stays with this title for the long haul.

In summary, a solid start. Go buy it.