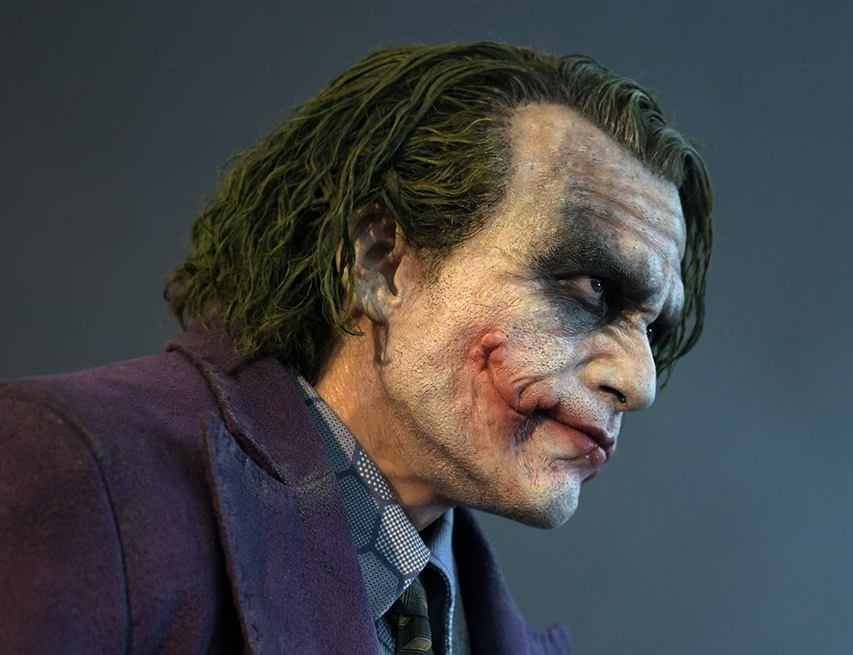 JND Studios has released details for their latest Hyperreal movie statue, which features the Joker from The Dark Knight in a one-third scale. The statue measures twenty-six inches tall and features amazing detail, including rooted hair, glass eyes, and a tailored fabric outfit. It is priced at $2,500 and is expected to ship towards the end of 2021. You can preorder the statue at either Big Bad Toy Store or Speculative Fiction Collectibles.

The Joker of The Dark Knight is the 3rd project by JND Studios. As before, we’ve utilized all the techniques JND Studios has to offer to create a hyperreal movie statue we are truly proud of.

The Joker played by Heath Ledger is an iconic character and is still very relevant today, despite the movie premiering more than a decade ago.

The “Hit me” scene was the inspiration for JND Studios The Joker, as we felt that the scene best portrays the psychotic antagonist in his rage.

And every part of The Joker was crafted with great care and skill in order to express the very same villain in statue form.

This project was once again created by the art director and co-founder of JND Studios, Kojun.

Alongside Kojun’s craftmanship, JND Studios has assembled an in-house hair department in order to better root and style the hair of its characters.

This way, the production quality is raised even more, ensuring further, the satisfaction of JND collectors.

The Joker was an opportunity for JND Studios to prove once more why JND statues are special, as we continue to perfect our skills and work to giving collectors what they really want.