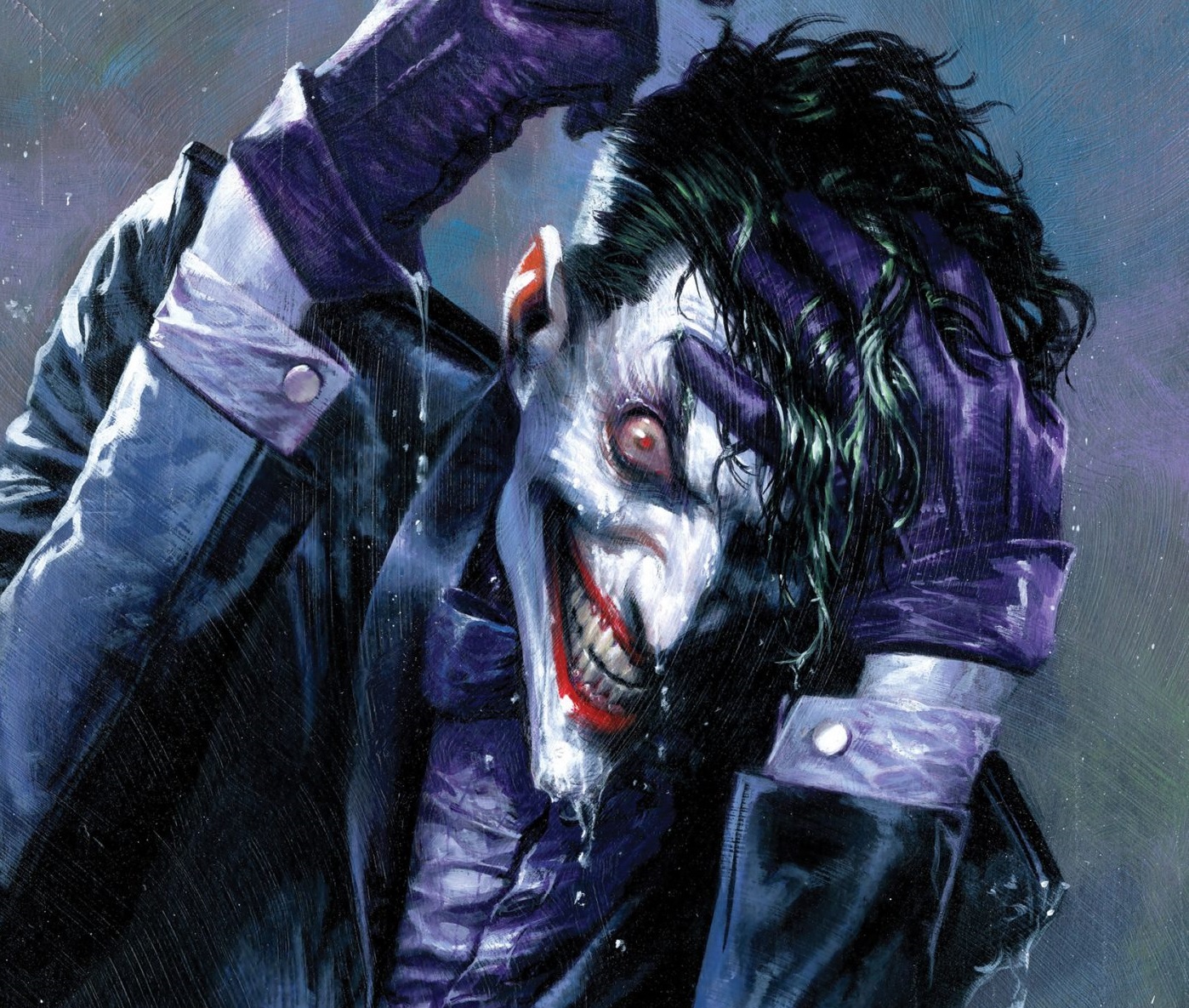 Just like the Robin: 80th Anniversary 100-Page Super Spectacular and Catwoman: 80th Anniversary 100-Page Super Spectacular, Joker is getting his own giant-sized celebration anthology (as well as Detective Comics #1000, Action Comics #1000, Flash #750, and Wonder Woman #750). And like those specials, DC has commissioned “decade variants” celebrating some of the best artists working today. Like the last two major Batman Universe spectaculars, I’ve pulled together these variants along with some of my research on historical comic covers featuring the Joker to talk about the way these covers honor the trade dress (everything on the cover that isn’t the key art) of the Joker’s history – or rather, how in this collection, they often fail to honor that history.

The covers representing the decades of the 1940s, 50s, and 60s have no direct origin from a previous trade dress, similar to Catwoman’s covers from those decades. Like both the Robin and Catwoman 50s variants, the trade dress for the 50s variant imitates Detective Comics of that time, canting the title to the left with strong upper and lower borders. The 1960s title font is similar, but not identical, to the font seen on the cover of Batman #73, from 1952, and similar to the 1940s Catwoman variant, it switches from the all upper case font of the classic cover to lower case letters. A common theme between the 1940s title treatments and several of the other covers is incorporating Joker’s playing card motif, something many other covers I uncovered while researching this article also emphasize. These covers take their cue from the 1970s solo series, most famously written by Denny O’Neil. It makes perfect sense why the cover letterers avoided the fairly straightforward and often quite dull fonts seen on even such classics like 1974’s The Brave and the Bold #111 (which issue seems to have inspired some of today’s current Batman titles) or 1998’s Joker: Devil’s Advocate. It makes much less sense why they avoided the alternatives available. The 1998 Elseworld “I, Joker” had an interesting title treatment that would have provided more contrast than simply repeating the same font three times. In that cover, the trend, often repeated, of a very organic, non-mechanical lettering scheme, hinting at ink or blood-splotches and/or graffiti, symbolizing the chaos and violence that the Joker brings. None of the anniversary covers use this stylistic choice for the Joker’s name, though some gesture at it in the “80th Anniversary” subscripts. As a last option the cover letterers opted not to use, 1999’s Joker’s Apprentice used a simplified gothic style font that would have been quite stylish on the 1990s cover. The 2000s, 2010s, and main cover all use the same font, prominently playing into the playing card motif. The first use of this font I could trace was Joker’s Asylum in 2008, reused many times since, most recently for Year of the Villain: The Joker. It’s a shame that they didn’t use the more of the variety of options the 2000s gave them. 2000 gave us the Emperor Joker elaborate playing card-themed title, and 2001 gave us the minimalist skull-insert Joker: Last Laugh. Again, any hint of the more “organic” or graffiti-like fonts seen in 2008’s spidery handwritten font for the Joker one-shot by Brian Azzarello and Lee Bermejo (who draws the 2010s cover) or 2019’s Joker: Killer Smile are completely absent from all of these covers. All in all, while these covers showcase a spectacular array of art, the trade dress doesn’t quite live up to the last two anniversary specials in terms of utilizing the rich history of these characters and their typographical history.