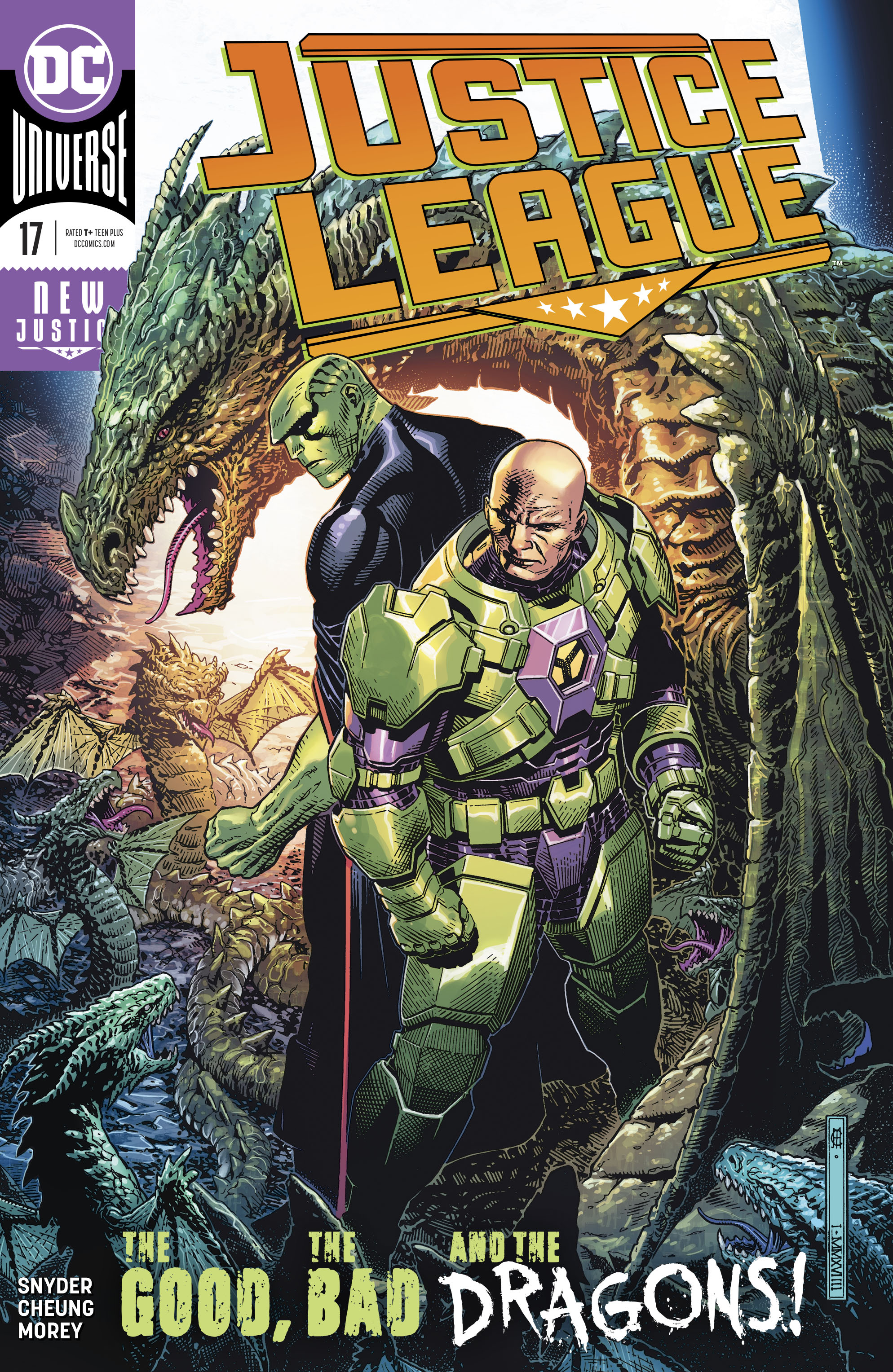 Overview: With Martian Dragons surrounding him and a gun pointed to his head, J’onn shares a memory with Lex Luthor.

Synopsis (spoilers ahead): J’onn finds himself on Mars at the Sh’anne Valley. This was the holiest place on the entire planet. A non-Martian has never stepped foot in this place, until now. Lex Luthor places the butt of his pistol to the back of J’onn’s head. Before this, J’onn was deep in thought, living in a memory construct of his late family. Lex’s suit cancels out J’onn’s powers, so Lex has all the advantages. J’onn needs his help finding a boy he knew when he was young. His name was Albie. He promises – no tricks. Lex asks about him keeping Jarro in his back pocket, who he has poisoned with a psychic toxin, also via his suit. But J’onn didn’t bring Jarro for Lex. He brought him to keep the Quonars (Martian dragons) at bay.

They escape to a safer area, and the two agree that if Lex helps J’onn, then J’onn will return with Lex to the Legion of Doom. The area they are in was where the Martians would come to pray. They would chant “Sh’anne… Sh’anne…” over and over again, until their bad memories passed and they could move forward. J’onn goes to the symbol on the wall – Justice – and carves into the lower half the symbol of Doom, completing it. He tells Lex that they need to remember the past. The pain they suffered makes them better, stronger people.

See Albie, the boy that J’onn remembers, he was kind to young J’onn. He was a red-haired, green-eyed boy who hid secret messages using infrared light on his t-shirt. They’d take on psychic missions together and be heroes. He was the only friend J’onn had; the only person who treated him like one. When the Blackhawks came to shut the program down, they let the scientists live, but they erased their memories, including the boy’s. J’onn now remembers the name the boy gave him the last time they saw each other; right before he saved J’onn by releasing him – Alex.

With the dragons now upon them, J’onn uses Jarro to take control of one of the dragons to ride along with Lex. J’onn tries his hardest. He asks Lex to remember the past so that they can reach higher together. As they come to two portals – each heading back to their bases – J’onn asks Lex to join him. Lex refuses and goes back to the Legion of Doom.

With J’onn at the Hall of Justice, Batman asks him if it worked. J’onn hopes that it did. At the Legion of Doom, Brainiac asks Lex what he learned. Lex tells him “Nothing.” and heads back to his bunker. He pulls out the doorknob and whispers “Sh’anne… Sh’anne…”

Analysis: The story by Snyder here was very gripping and intense. It was moving and shocking in its reveal. It made me feel smart figuring out Lex was the boy before it was revealed, but that’s not something you should be judging your smarts on. The opening was very dramatic, with Lex pointing a gun at J’onn’s head. I would have dragged that moment out for as long as I could, leaving Lex to make the ultimate decision. I think it could have had a bit more of an impact that way, but it did end up accomplishing its goal ultimately. Bringing the religious moment back around to Lex to close with was an excellent cliffhanger to end on. I really liked that moment.

The art from Jim Cheung, Mark Morales, Walden Wong, Tomeu Morey is gorgeous. The storytelling is amazingly well done. There were a few times where I could tell the exact same image was reused. Which, if I’m being honest, did not bother me a bit. It took me out of the moment for just a brief second. That’s not to say that I couldn’t overcome it. I chugged right along after that with no problems. I like how rough the inks are. The cross-hatching paired with the squared shape of the characters, I get a prettier version of John Romita Jr.’s art. And I like how soft the colors are. We get a bit flatter tone, which knocks the shine off of things, adding to that rough and gritty feeling. The lettering by Tom Napolitano was cool as well. I liked the sound effects throughout; the semi-transparent one was cool. The lettering on “Albie’s” shirt was important to the story. And even the small grey-toned font added to the scene. All around, a very good job.

Final Thoughts: Surprisingly to me, Lex Luthor is the character I most care about in this book. He is the person that determines the fate of the universe. Seeing him get the spotlight here, along with another character that has great importance in this series was really cool to see. The way they were tied together was wonderfully done. This is my favorite issue in the series so far.