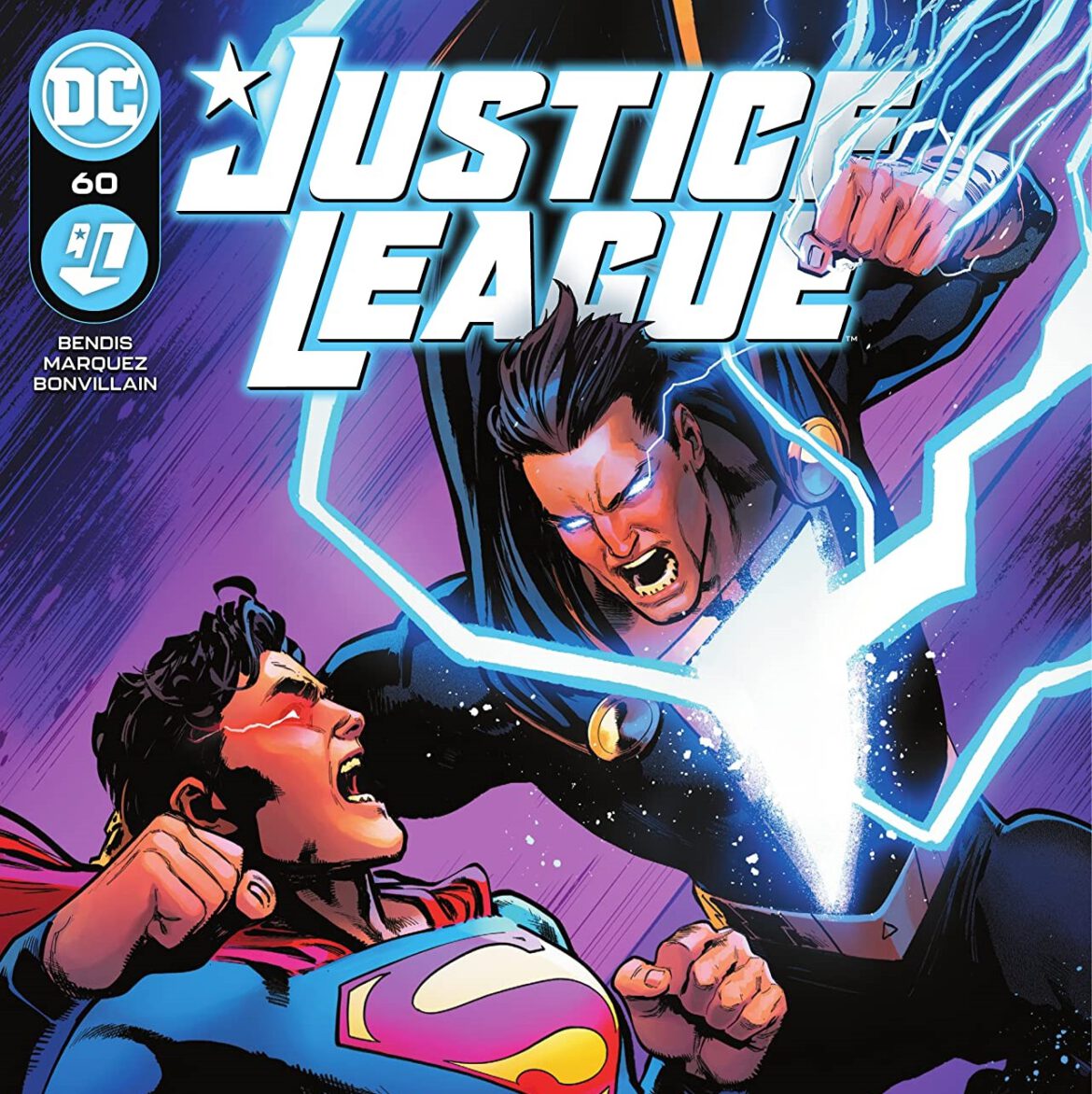 Synopsis: Picking up from the previous issue, Teth-Adam faces down Naomi, who clears the area for her impending battle, but is interrupted when Superman arrives and removes Teth-Adam from the area for a little chat.

Finding that both he and Black Adam are on the same page, Superman brings both Adam and Naomi to the Watchtower, much to the chagrin of the rest of the League. After a general debriefing, it is decided that our heroes will bring the fight to Brutus and the invading homeworld.

Analysis: This issue seems to be mostly exposition broken up now and again with comedic relief. Our antagonist is world-hopping between our Metropolis and Themyscira, for reasons mainly unknown to us except for purposes of invasion. Most of the dialogue serves as a callback to the first issue of the arc, as well as Naomi’s run on her title from a few years back.

Superman strongly pleads his case for having Black Adam join the team, amidst genuine concerns for the behavior of the villain, and yet we don’t even really get the impression that Adam even wants to join. He seeks only to protect his country and evidently little more than that.

After the events of Death Metal, where we dealt with Multiverse and the Dark Multiverse AND their reconciliation into the Infinite Frontier, Bendis introduces a world that seems to come from yet another causality. For myself, it seems way too soon to introduce such a concept when we have just laid to rest a progression of storylines that have lasted years now and with readers beginning to settle into a somewhat straightforward continuity once more. I was absolutely fine with another Earth being part of this arc, and while the ramifications of a new set of laws and possibilities are interesting, it just seems too much too quickly. That being said, I’m looking forward to seeing more of Naomi’s ‘homeworld’ and to explore the history and uncover more of the origin of DC’s newest hero and how she can adjust herself to fit in with the likes of the Justice League.

Meanwhile, the ancient magician visits a bookstore to acquire a set of books, but not for reading as he intends to see that the stories are brought into reality. As the unfortunate librarian becomes the first victim of Merlin’s magic, a certain man familiar with the darker side of justice enters the scene: Ragman.

Analysis: In the backup, Ram V continues the world and relationship building in Justice League Dark. Zatanna’s anxiety at the idea of leading a team of her own (including Detective Chimp, Constantine, and Etrigan, which is already a handful of a group to handle as it is) is wonderfully brought to life here in a very short scene, as is the loss of Diana.

Unlike the first issue of the arc, which was pretty loaded with content and action, this one, like the main story, is also a little more on the expositional side. However, while the main story’s exposition seems a little more hand-holding, JLD’s feels a bit more necessary. We are building up a team here, and in order to do so, we need to find how it is justified as opposed to the Justice League proper. The dialogue is more succinct and, again, necessary to the storytelling.

I’ve never realized the ‘speech’ of art before reading this title with such a difference in storytelling form between the main story and the backup, but the art for both tales so far has been very telling.

The story that Bendis is telling at the beginning of Justice League #60 is portrayed by huge panels with rather simplistic scenes; often the eye is drawn to the action at the forefront, with vague but beautiful backgrounds. It’s reminiscent of the DragonBall Z series for me in this manner, where there is always a stress on the in-your-face, here-and-now style of expression. What happens in the background is of nearly no consequence. The story is happening to the world around it.

Ram V’s storytelling seems to almost be the polar opposite: there are far more (and smaller) panels, with an attention to detail that really makes you spend more time in this story than the experience of flying through the previous one. Appropriate to the JLD title, this world is more imbued with meaning and grit. The characters can often get lost, and at times overcome, with the backgrounds in which they are enveloped. In contrast, the world is happening to the story.

I continue to look forward to the progression of both of these stories, and I also appreciate the separate tones that each artistic team brings to the book. While in each case the stories in this issue are a bit more focused on information-gathering than on moving the plot along, I understand that it's (mostly) necessary to the overall arcs themselves. The backup does a better job of exploring the characters and world that we already have, whereas the main story is quick to jump back into a Multiverse so soon after Death Metal.